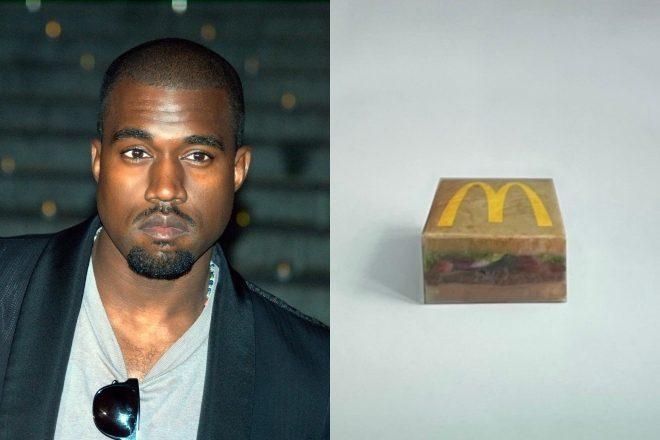 Kanye West has released a reimagining of McDonald's packaging — thought to be part of his collaboration with the fast-food chain.

Coming back to Instagram after two months, Ye posted a snap of the re-imagined burger box — created alongside Japanese designer Naoto Fukasawa — which features translucent packaging yesterday, May 23.

Read this next: Kanye has given up his phone until ‘Donda 2’ is complete

Just hours before Kanye posted the picture, he teased the shot on his story alongside the caption: “Next week it’s the fries”, alluding to a series of redesigns.

The first reimagining of the global fast-food chain packaging is elusive, and as of now, it’s unclear whether the redesign will be used for future products in collaboration with the chain.

“Bro doing side quests,” joked one fan in the comments of the Instagram post. “Gotta say though, Ye making his Instagram return with a post about McDonald’s was not what I was expecting for his comeback lol,” said another.

Ye was banned from Instagram for 24 hours back in March after breaking the social media platform’s policies on hate speech, bullying and harassment. The suspension came shortly after the rapper posted a google search for Trevor Noah captioned with racial slurs.

Read this next: Kanye West has been suspended from Instagram for 24 hours

Since then, Ye has entirely wiped his Instagram and taken some time away from the platform. The rapper hasn’t posted a photo since mid-March.

Earlier this month, Kanye was sued by a Texas pastor for sampling his voice without permission on his latest album, ‘DONDA 2’. The pastor claimed that the rapper had used his sermon through around 20% of the track.

Bishop David Paul Moten stated in the court document that it was an example of Kanye and the music industry "wilfully and egregiously sampling sound recordings of others without consent or permission”.