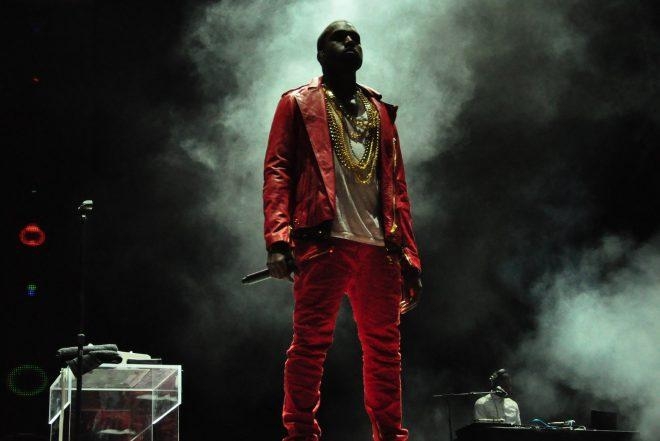 Kanye West has given up his phone until the follow-up album to ‘DONDA’ is finished.

The rapper announced the sequel record last week just six months after the release of his 10th studio album, which is due to drop on February 22.

Ye announced that he would be giving up his phone via Rolling Loud co-founder Tariq Cherif, who posted a video on Instagram on Friday on behalf of the rapper.

“I don’t have a phone until two, twenty-two, twenty-two. My focus is taking my kids to school and finishing the album,” he told fans while receiving a massage.

Ye does not have a phone until February 22nd because his focus is taking his kids to school and finishing #DONDA2. pic.twitter.com/ZEPvli81ZK

Some fans are suspecting that the album might drop later than expected given Ye’s track record of releasing them on time. In the lead up to ‘DONDA’, Ye teased the drop date multiple times and finally followed through months down the line.

Kanye’s 11th studio album is set to be “more monk-like” according to the rapper himself, who told one of the five producers working on the album that he wanted “simplified” production.

Digital Nas, DJ Khaled, Mike Dean, DJ Premier, and West himself are all slated to produce the next record with Future at the wheel as executive producer.

“These are the directives for the album: ‘If it cannot be played at a funeral, childbirth, graduation or a wedding, it will not be on our record’,” West allegedly told Digital Nas.

Read this next: Kanye West on beef with Drake: "It's time to put it to rest"

“We learned a lot from ‘DONDA 1’. We learned what hit. We learned what was sticking. So we took it from there. It has to be able to be played at four major moments in people’s lives. That’s crazy, right?” Nas continued in an interview with Rolling Stone.

In other Ye news, the rapper has been told he cannot tour Australia until he gets vaccinated, according to Australia’s Prime Minister, Scott Morrison.

“The rules are you have to be fully vaccinated. They apply to everybody, as people have seen most recently,” Morrison said in a press conference following news that Ye plans to tour the country in March.