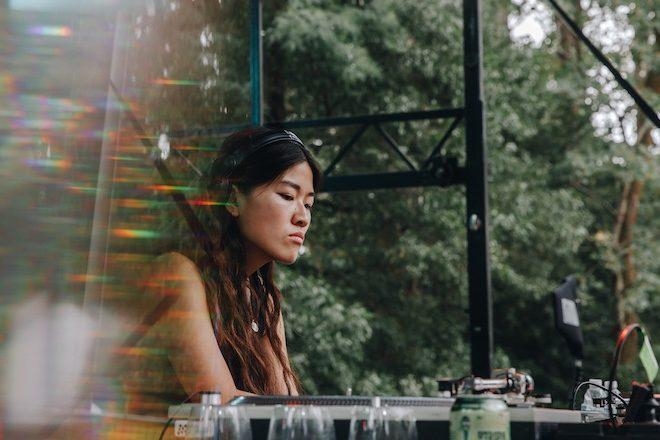 Jennifer Loveless has announced her forthcoming EP 'Around The World', due to land in September, with first single 'Muzik' from the record available now.

'Muzik' is a pulsating six-minute cut, full of energy and pounding beats, contributing to a six-track EP packed with heavy basslines and encapsulating sounds.

With an underlying house flavour throughout, the tracks weave through progressive and percussive elements, melodic cuts and loops, maintaining high energy from start to finish.

Read this next: Karma Kruise unveils the lineup for its sixth sail

The record will be housed on Butter Sessions, with its name resonating close to home for the artist and DJ: "The title of the EP comes from a conversation with my mother, which you can hear bits and pieces of in the title track itself," Jennifer explains. "Taken out of context, I liked the way my mother’s phrase “around the world” stuck. We were talking about music and how it could be accessed around the world.

"Of course this isn’t a new concept, but it got me thinking about how many places I’ve been able to see and people I’ve been able to meet through travel for music and how increasingly small the world gets each time I do. This is also reflected in the artwork - a flat world - which the more I think about it, through the beauty and ugly of homogenisation, the world might as well be.

"I worked on this EP over the last 10 months or so in Naarm and Melbourne. I didn't anticipate the release coming together as a six-tracker, but I'm happy nonetheless. And especially so that the songs have found a home on Butter Sessions. A nice way to round out the last 10 years of calling Australia my full-time home as I now base myself in London."

Read this next: Dua Lipa’s second PUMA “Flutur” collab is inspired by the 90s rave scene

You can listen to the first single taken from 'Around The World', 'Muzik', now, and you can pre-order the EP here.