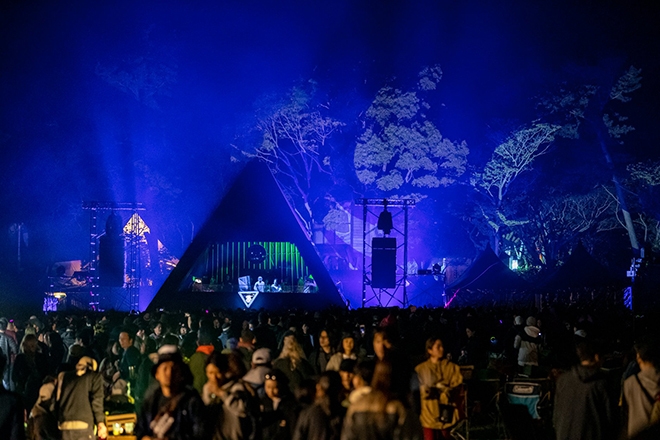 Japan appears to be testing the waters in holding live events while COVID remains an issue in the Land of the Rising Sun and borders stay firmly shut to outsiders. The latest sees Rainbow Disco Club exploring an IRL event following several pandemic-related cancellations. The hybrid event will also be streamed for those who aren’t able to make it, which will be a ticketed affair together with Zaiko.

RDC Back To The Real, an offshoot of the flagship Rainbow Disco Club event, will take place on October 30 - 31 at Chidori Park Kawasaki from 9am - 9pm with a line-up full of local heroes like DJ Nobu, Licaxxx, Chida, Kuniyuki, Sauce81, DJ Sprinkles — who will not appear in the streaming — and more. See the full line-up below: 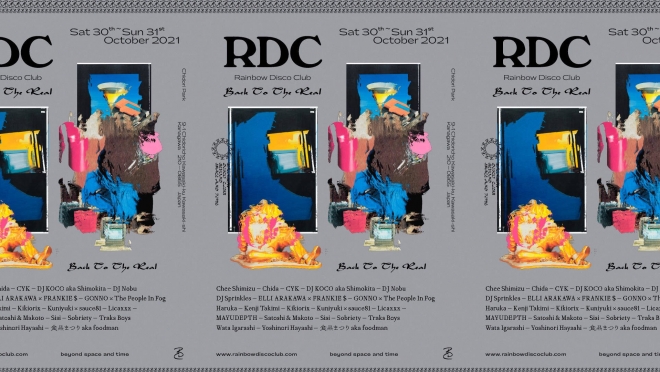 Alongside a festival’s standard entry requirement and pleads for socially acceptable behaviour, COVID restrictions remain in place to some degree, and entrance will only be granted to those who are fully vaccinated or present either a negative PCR test or proof of recovery. The festival is also asking people to refrain from drinking and eating in large groups before and after the event, as well as drinking and eating in front of convenience stores or on street in the area (a popular activity in Asia). The website also asks people to refrain from talking loudly in public transportation and surrounding stores, as well as no excessive shouting or talking on the festival site.

Some of these restrictions might sound peculiar but they do amount to a safe event (also an introspective musical experience which is cool too)as the country continues to battle COVID. It seems Japanese music fans just really want to get back to live events — even if it means a concert-style affair.

Last month, Supersonic took place at Zozomarine Stadium in Tokyo, and was Japan’s first large-scale event with international acts since the pandemic began, having hosted Steve Aoki, Zedd, Clean Bandit, Alan Walker, R3HAB and Digitalism, who all colourfully chronicled the travel and quarantine process to Asia.

The event, which took place across September 18 and 19, saw an estimated 10,000 - 13,000 people per day. It was, however, not a festival like Japanese music fans likely remembered — especially not like its predecessor Summer Sonic, which promises to return in 2022. Attendees were asked to abide by several strict COVID preventative measures, such as wearing a mask at all times (which was reinforced by staff using handheld microphones), eating meals in silence, contactless exchanges, abstaining from alcohol, quietly waiting for admission to the event and no loud cheering once inside, and finally, maintaining social distancing. How was that enforced? Images from the event looked as if guests were actually provided with…chairs.

Fortunately, there were no reports of infections after the event, which is great news for music events in Japan moving forward since the event was largely considered a trial run. We hope that this format will quickly evolve so that events feel more like the raves we remember them as. That said, it may have been awkward, it may have been dull, and it may have been tough on the DJs too, but we commend the organisers for bringing live music back to fans under extremely difficult circumstances.

Best of luck to RDC with their forthcoming event. Head here for tickets.