The Japan Connection Festival debuted last year as a tribute to the Japanese electronic music scene. It aims to showcase the unique aesthetics and sonic stamp of Japanese artists on the world. The DJs vary from late 70s techno-pop icons, to the contemporary artists who have also drawn on those pioneering sounds. The festival will showcase two days of live performances by cross-border complimentary artists, in a digital collaborative setting. For the full line-up see below: 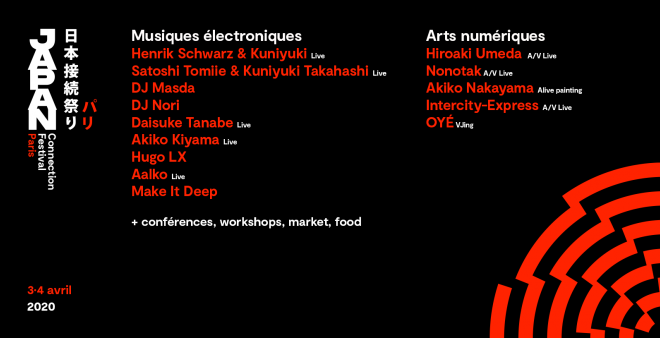 The biggest highlight of the festival undoubtedly will be Japanese house music pioneer Satoshi Tomiiei, who has remixed tracks for artists such as U2, David Bowie, Mariah Carey, and created the groundbreaking electronic hit 'Love in traffic' back in 2000s. Also of note is Kuniyuki Takahashi, aka Kuni, a multi-instrumentalist master of electronic music styles, from acid house, drum b bass and techno, as well as still being at the forefront of the Japanese dance music landscape. Representing their international counterparts, Japan connection festival has also booked international acts like German deep house DJ Henrik Schwarz and Nomadic DJ Hugo LX.