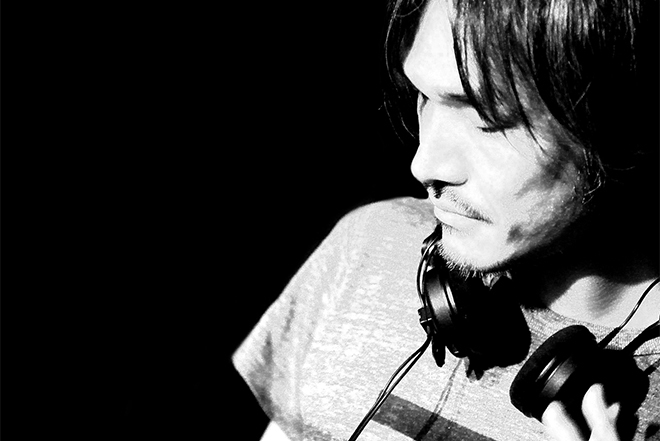 The crew behind Soundistan continue their admirable manifesto of showcasing the best of the Asian underground, though this time they deviate very slightly from their formula. Up until now, the organisers have aimed to highlight lesser-known and upcoming names at their events — which they've done so magnificently — but this time they pull out all the stops to present DJ Masda, an artist who is far from unknown and will deliver an all-vinyl showcase that undoubtedly shows why he is one of the finest selectors on the circuit.

Born and raised in the foothills of Mt. Fuji, Masda has been playing the records since the '90s and has deservedly garnered a reputation as a supremely cultured selector thanks to flawless sets at his Cabaret and Middle Of Nowhere parties in Tokyo. Now based in Berlin, he regularly performs internationally at premium venues and events, including Panorama Bar at Berghain and Dimensions Festival, and following his Bangkok debut, he embarks on a United States tour.

Alongside So Inagawa, in 2009 Masda launched Cabaret Recordings to provide a platform for their authentic but uniquely twisted interpretations of house and techno. The much-hyped label has genuinely captured the zeitgeist, leading to plays and support from leading lights in the scene, and is a go-to imprint for lovers of the deeper end of the spectrum.

Completing the impressive line-up are locally based crowed-movers DOTT, Elaheh, Jirus and Michael Yumé. In the spirit of this hugely special occasion, the party starts at 7:30pm for two hours of relaxed vibes and non-dance music in a cozy atmosphere. Enjoy free flow beer during this time as well with free entry until 10:30pm. The showcase takes place at Safe Room, Bangkok’s revered home for eclectic and intelligent underground music. 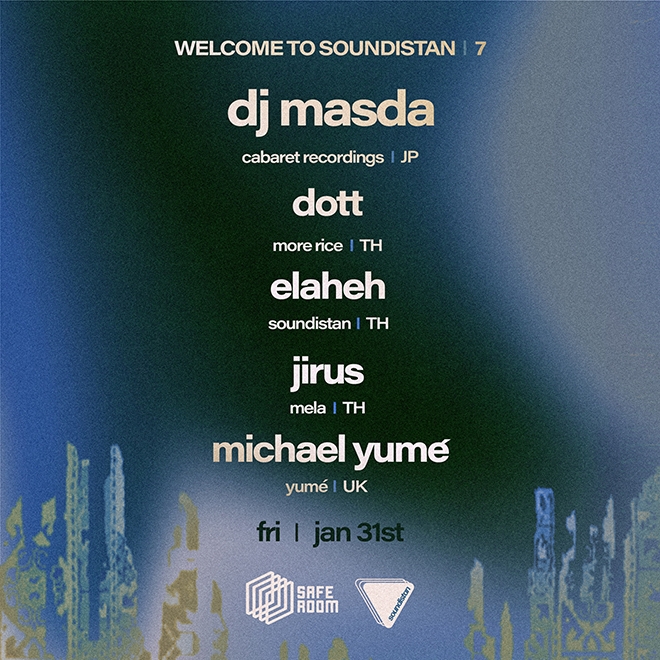 Soundistan, the promotional outfit behind the event who operate under the mantra #goodshitfromasia, is in fact a platform that encourages connection and collaboration of the underground and alternative Asian music scene — from folk artists in Indonesia, to house and techno in Thailand, and from warehouse events in Pakistan to Indie acts in the Philippines. They do this in part through mini-documentaries, artist features and soon-to-be-released EPs, but mostly through their events, which have been oft lauded for their unpretentious vibes, attention to detail and true discovery of quality artists, locally and regionally.

Soundsitan presents DJ Masda on Friday January 31 at Safe Room in Bangkok, Thailand. Doors open at 7:30pm and entrance is free until 10:30pm. Entrance after 10:30pm is 300THB with a drink.