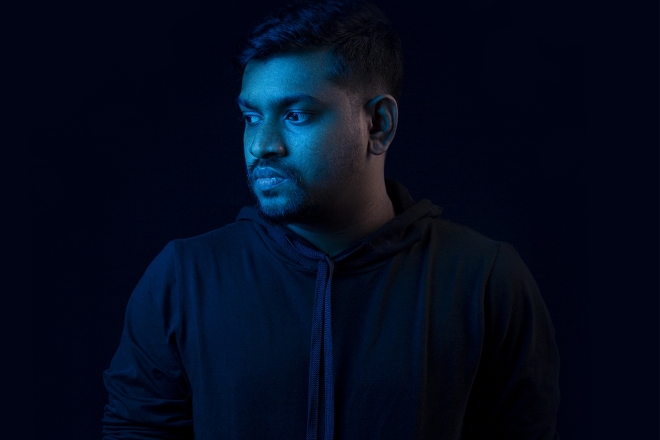 We head to the Island of Dharma for some seriously smooth drum’n’bass, courtesy of Colombo-based DJ and producer, IYRE.

Having only recently been born from his previous alias iClown where accessible dubstep was his early go-to sound, IYRE has earned his spot as Sri Lanka’s only dedicated artist to the world of drum’n’bass. “I started making Drum and Bass in 2016 after hearing a track called 'Watercolor' by none other than Pendulum. The discovery of Pendulum changed my life forever, and I've been making Drum and Bass ever since.. I started making d’n’b with the alias I was using back then called iClown, which I still use to this day to make certain music for a local audience.”

IYRE represents Sri Lanka with his dedication to refined, liquid and incessant grooves — just a few months ago, he was nominated for a Drum&BassArena award in the category of 'Best Newcomer' for 2021. In just a short period of time, his effortless productions have been released on the likes of Goldfat Records, Fokuz Recordings, Pilot Records UK and Celsius Recordings. His recent collaboration with Irish producer Aleyum for Fokus’ ‘Infinite’ EP just drips in Ceylon vibes as IYRE channelled his homeland’s natures-capes into the emotive processing of his music.

His music style has influences of liquid, deep and techy-minimal rollers with techno and South Asian influences. “It started primarily with liquid but that has transpired into a blend of niche genres, with a touch of analog synths reminiscent of the 80s and the 90s synth culture.” There’s also a strong influence of metal in IYRE’s soundscape, telling us how he is “currently listening to a lot of Mitekiss, Brainwork, Monty, Visages, Alpha Rhythm and of course to my favourite metal band on planet earth, Tesseract. Monty's recent release on 1985 Music was so inspiring, I'm a huge fan, and I feel as if his music has influenced me to make more techy minimal rollers.”

2022 is a year of focus for the Sri Lankan producer. His goal is to spend every waking moment in the studio with the intention of piecing together a live show that we hope he soon takes across the region and the globe. Speaking of growing in the region, IYRE, and Mixmag Asia, hope to see more connectivity across Asia’s wider drum’n’bass network. IYRE cites Indian producer Ukato, who he says “has recently caught my attention with his release on Program and on RAM Records’ compilation. There’s also The Nasha Experience, Janaka Selekta, Yung Raj and Barasingha — fantastic d’n’b producers from the region.”