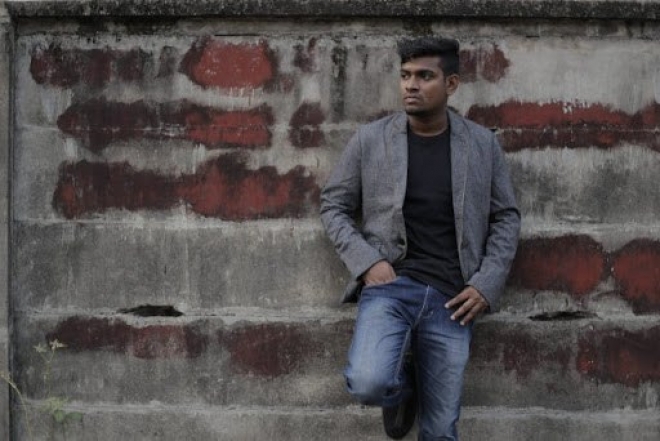 Shepherding for an entire genre on one’s own might sound both lonely and daunting, but for DJ and producer, IYRE, it’s given him a mission-worthy conviction to pin Sri Lanka on the global map for drum’n’bass.

His productions have already gained momentum through releases on Celcius, Influenza and Goldfat Records, plus a recent outing on Pilot, followed by his most recent foray with Dutch imprint Fokuz Recordings’s Infinite EP which just dropped last week.

A quick dive into IYRE’s background, we find that he’s only recently evolved from his original alias iClown, making him Sri Lanka’s only drum’n’bass producer, twice over. That said, it’s evident in his sound that he’s taking listeners to the depths of his musical core, reinventing a sound that is becoming intrinsically his own whilst easily paying homage to the global etiquette of technical and liquid drum’n’bass.

Infinite EP by Fokus lines up IYRE amongst a global stable of producers include Blade, Rezilient, External Subway, Mystic Trip and Hocseat — his single with Irish producer Aleyum ‘Northern Corridor’ rounds up the compilation with a fluid and ethereal ease, a textural style that the Sri Lankan producer has honed by channelling his homeland’s natures-capes into the emotive processing of his music. You can almost hear the rich mountain tops singing harmoniously behind the gently rolling percussion of breezy Ceylon fields — IYRE hails from the mountainous regions, and only recently moved to Colombo in the last couple of years to be closer to the wider world of drum’n’bass that he has now been integrated into.

Expect to hear more from Sri Lankan producer IYRE in the coming months on Mixmag Asia.

Aleyum and IYRE ‘Northern Corridor’ is out now on Fokuz Recordings. You can listen below and support the release here.