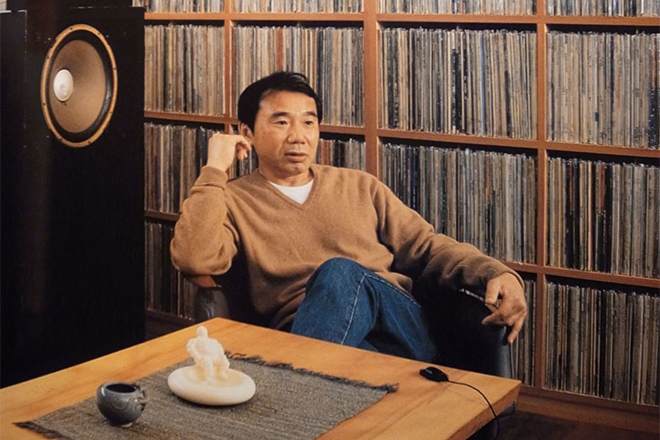 Running out of things to listen to while on lockdown? Unlikely, but maybe still you need something new, and acclaimed Japanese author Haruki Murakami is gearing up to entertain you. This time, it's not just through words, but also with music (and cinema).

The eclectic music aficionado, who once owned a jazz club called Peter Cat for seven years, will host a radio show next week intended to lift the spirits of people locked down at home.

On May 22, Murakami will host a two-hour radio show called the 'Stay Home Special' in honour of Tokyo governor Yuriko Koike’s recent plea for Japanese residents to stay home. On the show, he will play some of his favourite songs and answer questions from listeners. And if you’ve ever read any of his books, like 1Q84, Norwegian Wood or Wind Up Bird Chronicles, you’ll know that music plays a big role in his books.

“I’m hoping that the power of music can do a little to blow away some of the corona-related blues that have been piling up,” Murakami wrote online to promote the special.

It’s not the first time that the revered author has played DJ. Murakami hosted a one-hour show on Tokyo FM in 2018 where he ran through a small selection of the 10,000+ records in his collection, playing jazz and pop music like the Beach Boys, Joey Ramone and Hall and Oates.

Generally regarded as a recluse in Japan, music is one of the only ways that Murakami connects with his fans, and the shows have been the first time that people have heard him speak.

“It has been my hobby to collect records and CDs since my childhood, and thanks to that, my house is inundated with such things. However, I have often felt a sense of guilt toward the world while listening to such amazing music and having a good time alone,” Murakami wrote before his first broadcast. “I thought it may be good to share such good times with other people while chatting over a glass of wine or a cup of coffee.”

Japan currently has a nationwide state of emergency in effect until the end of May. As of writing, the country has recorded around 16,000 cases of COVID-19, with 121 cases recorded yesterday (May 14).