Sometimes, music can be so integral to the development of a film’s story that it overshadows the story itself. Other times, it can make a mediocre movie magnificent. What we can all agree upon is that a soundtrack is a crucial document to a film, and brings the screen to life in a visceral kind of way. And as music moves from simply soundtracking our lives into shaping a culture on its own, the art of musical accompaniment in cinema has also risen in popularity. Pairing the perfect scene with the perfect song make up many of the goosebump-inducing moments that we, the music community, get high on. And since we’re spending a little more time at home and little more time at parties, this is a good time to catch up on some modern Asian cinematic feats that are coupled with stellar soundtracks. 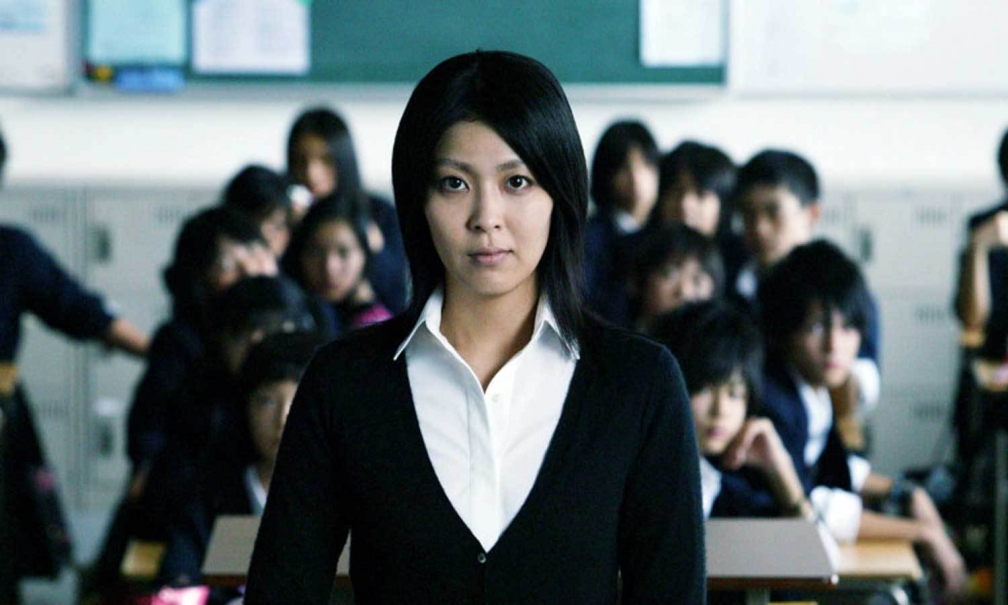 Confessions is one of those movies that takes you by surprise. It never tops of anyone’s watch list — perhaps because its (well-crafted) plot is depressing, but the movie itself is a masterclass in filmmaking. The Japanese psychological thriller, directed by Tetsuya Nakashima, is about a grieving mother turned cold-blooded avenger who takes revenge on those responsible for her daughter’s drowning — her students. The frightening beauty of this movie is its elegant cinematography, moody colour palette and extreme visual elements, as well as the slow-motion capture of emotions and character development. Music has a big presence in this movie, and the OST features a mix of experimental rock, classical and melancholic mood pieces, including a ballad by Radiohead. Rock band Boris, composer Gabriele Roberto and electronica musician Shibuya Keiichir all produced new material for the movie as well. Gripping plot twists, outstanding storytelling and dialogue, and a stellar soundtrack all contribute to this film being tapped as an under-the-radar masterpiece. 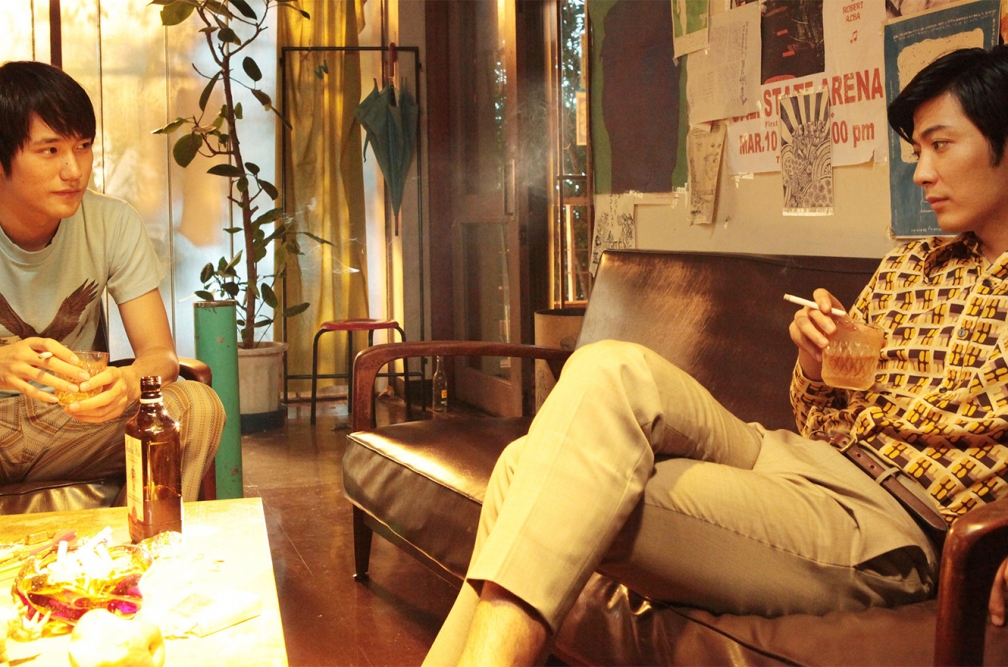 Inspired by The Beatles' song of the same name, Norwegian Wood is a 1987 book by Haruki Murakami and is a nostalgic story of loss and burgeoning sexuality. It's no easy feat to bring a book to life, especially one by the cult-like Japanese author (it would be near impossible to bring another one of his works to life), but Vietnamese director Tran Anh Hung gave it stab. The adaptation is undoubtedly poetic, gorgeous and offers viewers a first-look at a visual interpretation of Murakami's world. Murakami himself is a music aficionado, and it would have been criminal to make a movie from his book with a mediocre soundtrack. So they called upon Radiohead guitarist Jonny Greenwood for the score (it was his second major score), added some music by German band CAN (and is where we discovered 'She Brings The Rain' which has been on repeat since), The Doors and, of course, The Beatles. At number two on the list, we are fans. 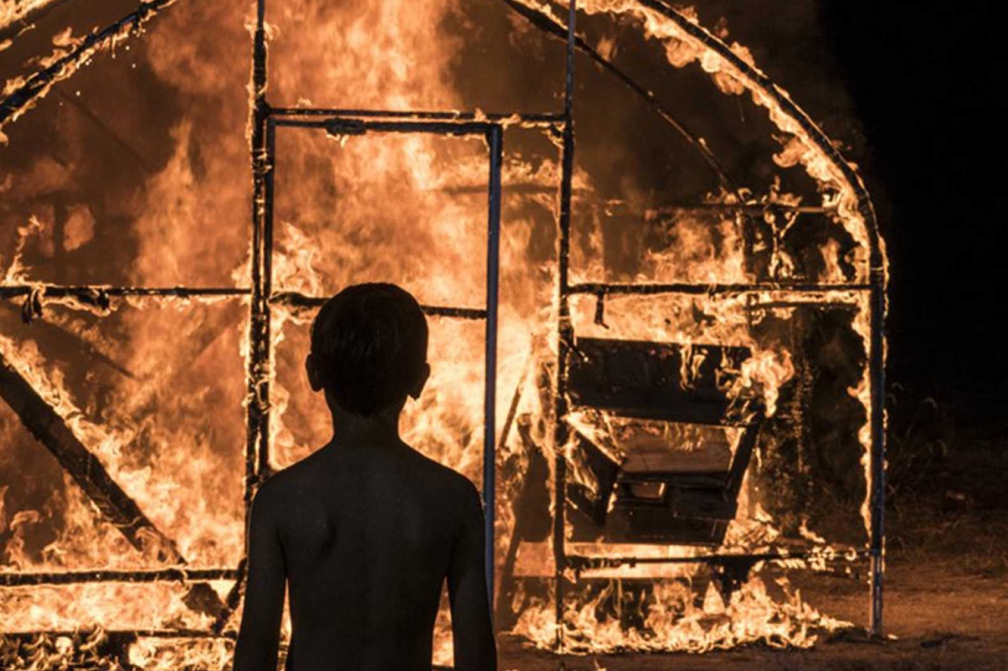 Burning is the second movie to bring a piece by author Haruki Murakami to life, as the film is inspired by the short story 'Barn Burning' from The Elephant Vanishes. It is, undeniably, a masterpiece. From its haunting cinematography to profound storytelling and a superb soundtrack, the film is utterly captivating. Its sensual score, much like the film itself, is slow-burning and mysterious. Written by established Korean film composer and musical artist, Mowg, aka Lee Sung-hyun (I Saw The Devil — yes, watch this too), the film's 10-track score is a minimal music lover's dream. 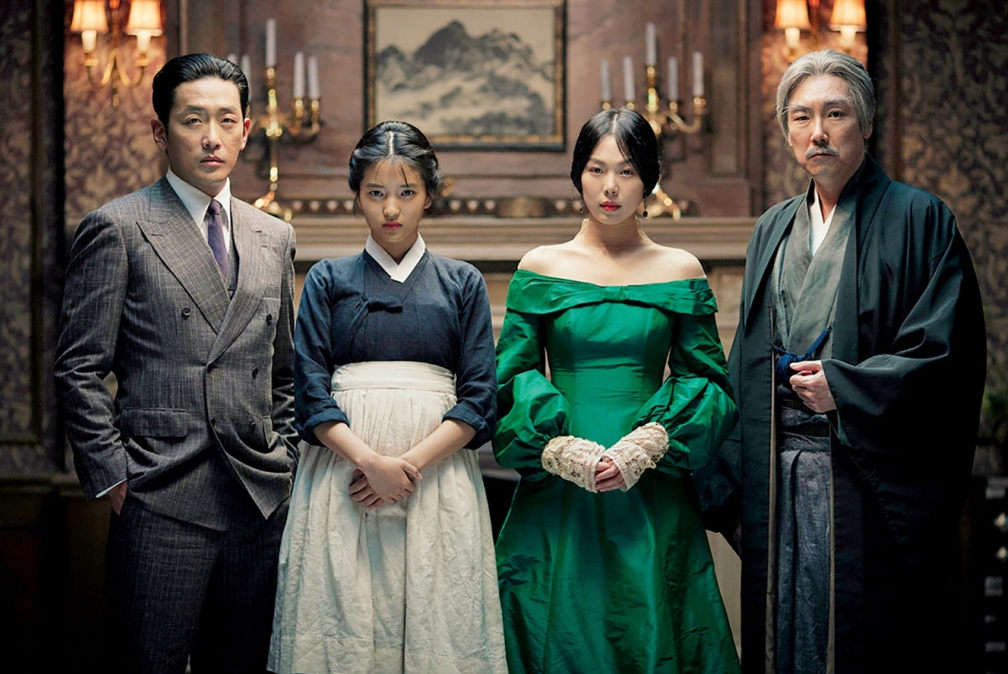 Asia produces some of the best erotic psychological thrillers out there, and with class — and The Handmaiden is further testament to that. Directed by Korean auteur Park Chan-wook, The Handmaiden is an aesthetically pleasing devious fantasy from the same man who delivered Oldboy, Lady Vengence and Stoker — all films that are etched into our memory forever as outstanding cinematic sensations. The Handmaiden unfurls a little differently but is no less wild and is rife with dark humour and slippery entertainment. Roger Ebert called it a love story, revenge thriller and puzzle film set in Japanese-occupied Korea in the 1930s; he only missed mentioning one thing in his review, its stellar — yet often overlooked — soundtrack. Award-winning music director Jo Yeong-wook, a long time collaborator of Park, scores the film with a riveting set of compositions that are far from subtle and make the film a riot to watch. 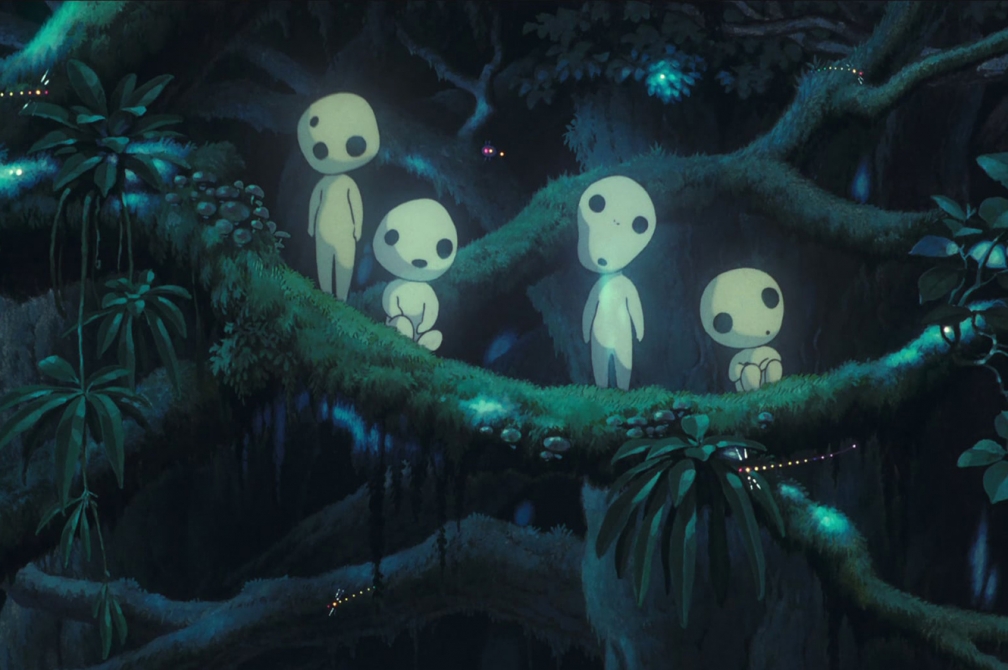 Joe Hisaishi is a man worthy of legend status who, we hope, needs little introduction. Known as the genius composer who gave Studio Ghibli its sound, Joe Hisaishi has won the Japanese Academy Award for Best Music a whopping eight times in his career. Think back to Hayao Miyazaki classics like My Neighbor Totoro, Ponyo, Howl’s Moving Castle and Spirited Away, the twinkling piano melodies that accompanied those are the work of Joe Hisaishi. But perhaps one of his most impressive and grand works of art accompanies one of Miyazaki’s lesser-known films (but one of his most important): Princess Mononoke. In fact, because of its epic story and spellbinding visuals, the film is known as a landmark of animation, for telling a story that insightfully navigates human selfishness. The plot follows the “journey of the last Emishi prince, Ashitaka, and his attempts to make peace between the human settlement, Irontown, and the creatures living in the forest that surrounds it.” The magnificent soundtrack and symphonic score for Princess Mononoke is up for at-home listening on a triple LP that will be released on vinyl for the first time ever. 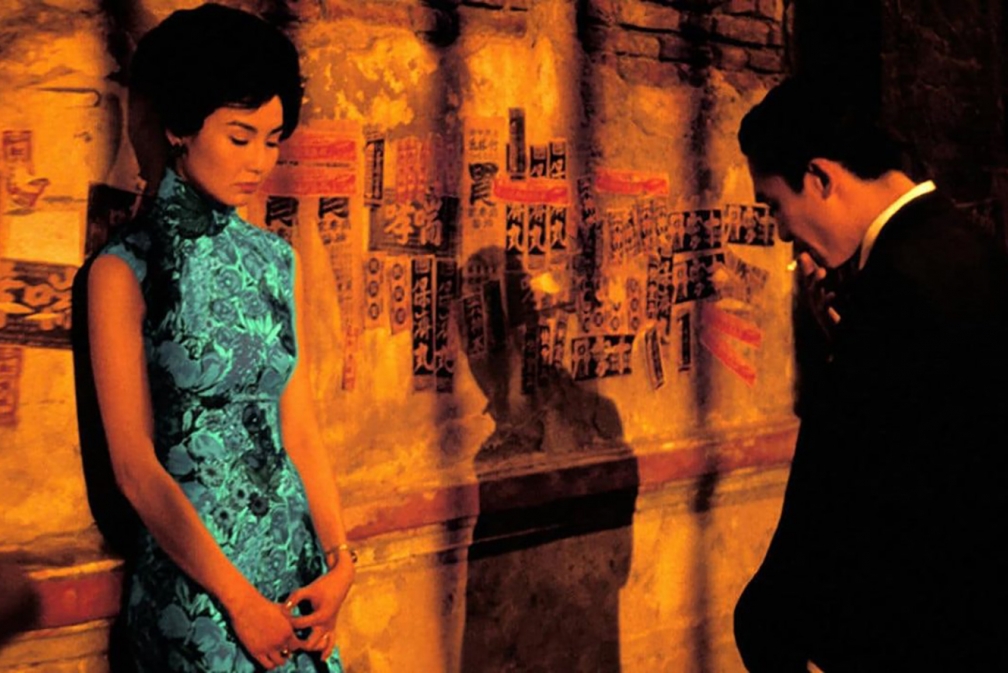 Made in Hong Kong by Wong Kar-wai, don't underestimate In The Mood For Love as the melancholic and romantic love story it's painted to be. It's an arthouse smash full of little details that will ultimately break your heart. In a 2000 interview with Tony Rayns, he said of the film: "I didn't want to make a film about an affair. That would be too boring……What interested me was the way people behave and relate to each other in the circumstances shown in this story, the way they keep secrets and share secrets." Visually, the film is unworldly and dream-like vibe that's enhanced by saturated colours and muggy lights. But alongside the wonderful photography is a soundtrack in which every note acts as a musical cue for what's happening on scene, and tells just as much about the film as the visuals and dialogue. 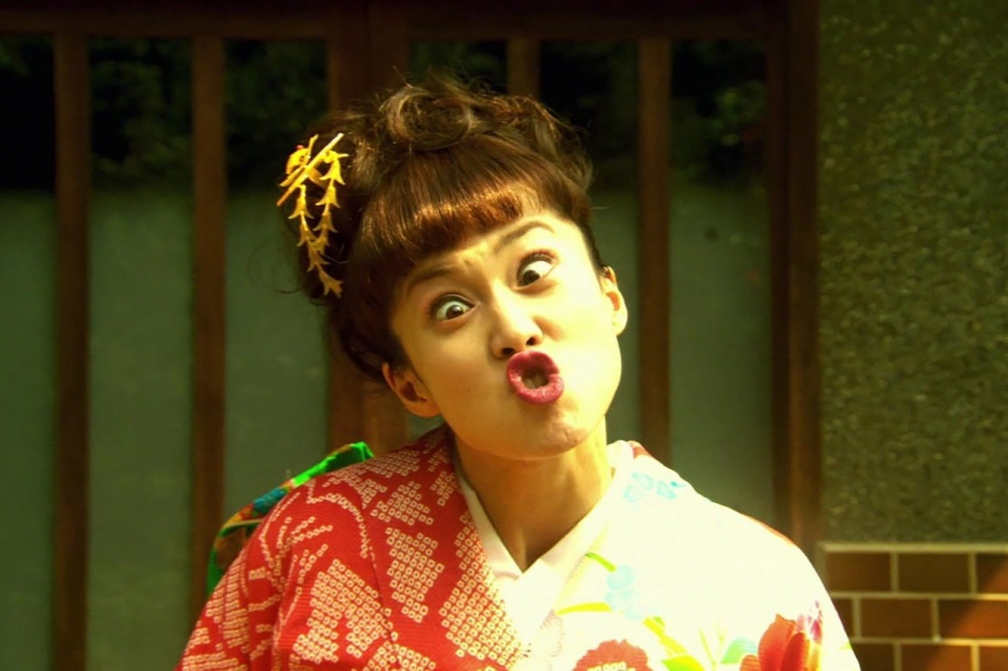 Memories of Matsuko has been called an unlikely cross between Moulin Rouge, Citizen Kane and Amelie. The Japanese dark fairy tale is "a magical realist descent into the suppressed history (both farce and tragedy) of the most unfortunate woman you've ever seen on screen, enriched by the one-of-a-kind visual style of director Tetsuya Nakashima, who truly makes this epic/musical/melodrama sing like no other." The 2006 movie brings to life Muneki Yamada's acclaimed novel of the same name by way of a technicoloured musical about the tragic life of the titular character — Matsuko (the movie begins with her murder). Astonishing performances, a stunningly inventive story and an outstanding diverse soundtrack make this movie one of Japan's best pieces of cinema. The musical accompaniment blends modern pop music from nearly every decade, with every song retelling Matsuko's life story retold through music.

Yum Cha Chats: DJ & milk tea addict, RayRay tells us where to get the best boba in Asia

The evolution of synthesizers is celebrated in a new book