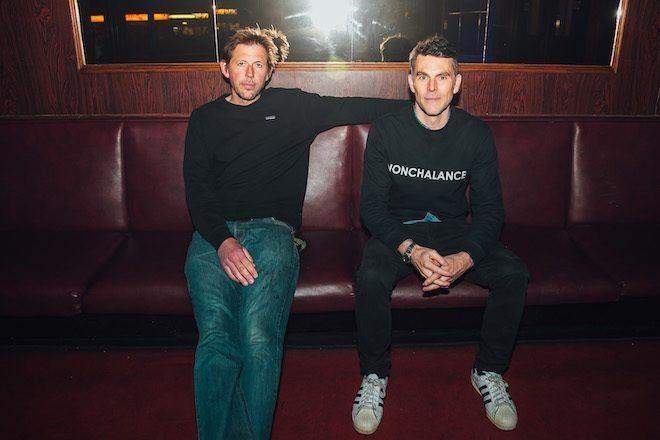 Groove Armada are returning to celebrate the 25th anniversary of their debut single 'At The River' with career-spanning box set, 'GA25'.

Consisting of all of their iconic tracks, the release - which dropped yesterday, November 11 - offers a true collector's dream and a reflection on the past years, across a 25 track double CD, two-side LP, 32 page booklet and an A3 poster.

Amongst all of the nostalgic inclusions is a new single, too. 'Hold A Vibe' is a trademark groove-infused track from the duo, which pays homage to dub and funk whilst building over a mesmerising bassline, featuring vocals from dancehall artist Red Rat.

Read this next: Snoop Dogg responds to claims he smokes up to “150 blunts a day”

The release follows what the pair insisted was their final ever UK show as a fully-fledged live band in Cornwall in September - another occasion used to celebrate the duo's immense career up to now, spending 25 years exploring a multitude of soundscapes to continuous success.

Earlier this year, Armada undertook a nine-date UK tour prior to their final show, opening at Glasgow's Barrowlands before closing with two nights at London's Brixton Academy. At these final celebrations in Brixton, they were joined by names including Norman Jay MBE, PBR Streetgang and Ewan McVicar.

And whilst adamant that these were the final live shows, the pair are firmly focused on beginning a new chapter: they recently commissioned a new remix series, recruiting names such as Logic1000, Dance System and once more McVicar to rework some of Armada's biggest tracks.

Read this next: 10 startling photos from The Arcadia Spider’s incendiary Glastonbury return

You can get your hands on Groove Armada's 'GA25' box-set here, and check out their new single 'Hold A Vibe' now.