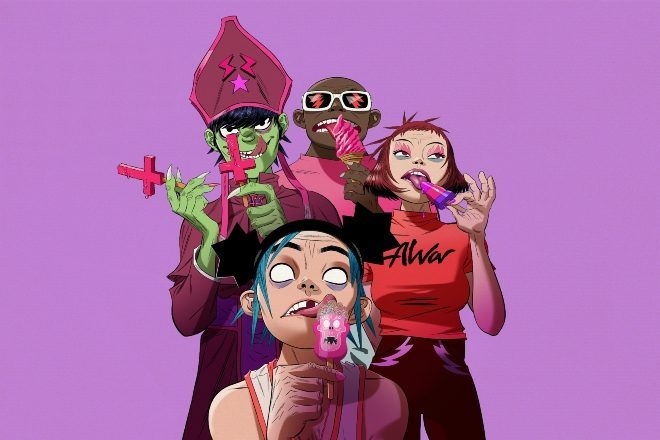 Gorillaz are returning with their eighth studio album, ‘Cracker Island’, due for release in February 2023.

Following rumours of the band’s comeback with a follow-up to their 2020-released record ‘Song Machine, Season One: Strange Timez’, the band’s next 11-track record will be their first in some three years.

The group’s eighth stood album was rumoured after the release of their recent collaborative track with Thundercat of the same name which debuted in June.

‘Cracker Island’, the band’s guitarist, Noodle, explains, “is the sound of change and the chorus of the collective”. The record is set to include features from Bad Bunny and Fleetwood Mac’s Stevie Nicks.

To celebrate the release of the next album - due on February 24 2023 via Warner/Parlophone - Gorillaz have now dropped a brand new track featuring Tame Impala and Bootie Brown entitled ‘New Gold’.

Gorillaz embarked on a world tour in August covering Europe, mainland America, and Australia. The group are set to hit Canada in mid-September, while their American tour continues through October.

Read this next: Björk shares more details on 'Fossora' including release date and cover art

“When the reckoning comes, gotta be ready to step through the gateway. ‘Cracker Island’s got the entry codes,” said the group’s Russel Hobbs. 2D added: “The path to ‘Cracker Island’ isn't easy to find ‘cos it's underwater.”

“The hallowed tones of ‘Cracker Island’ will soundtrack our collective ascension into the new dimension! JOIN ME,” hinted bassist Murdoc Niccals.

Listen to the latest track from Gorillaz, Tame Impala, and Bootie Brown, and find the tracklist below. Pre-order ‘Cracker Island’ here.