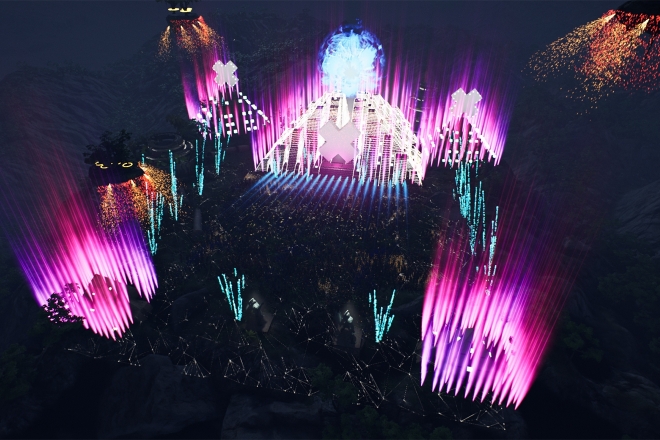 Listen, we still have a ways to go. Clubs and festivals around the world are slowly starting to spring back to life, but here in Asia, we’ve still got some work to do. As a swampy summer heat starts to set in across Asia and we head indoors seeking refuge in AC, HYDEOUT has been busy curating some incredible anytime, anywhere digital experience. It’s like streaming, but on steroids.

We’ve teamed up with the organizers to give out 5 season passes to HYDEOUT Festival, which grants access to over 40 episodes (including episodes featuring Wiz Khalifa, Kid Laroi, Charli XCX, G-Eazy, and Tokimonsta), a personalised avatar and access to games.

To win, make sure you’ll following @mixmagasia and @hydeout on Instagram, and tag two friends (you know, the ones you might end up at an afters with and need music) in this post. The contest runs for seven days and winners will be announced on Thursday, May 27.

Originally set to debut as a multi-weekend festival in Singapore but suffered the same fate as nearly every other festival last year, the organizers refocused and channelled their efforts into the fresh concept that we see before us now. Since launching in January of this year, HYDEOUT has been on a mission to showcase the industry’s most in-demand artists across a multi-genre music experience that's painted with neon and looks to electrify and connect fans all over the world. The series eclipses most digital experiences we've been privy to, offering a new level of immersion and activity with a mind-boggling level of production.