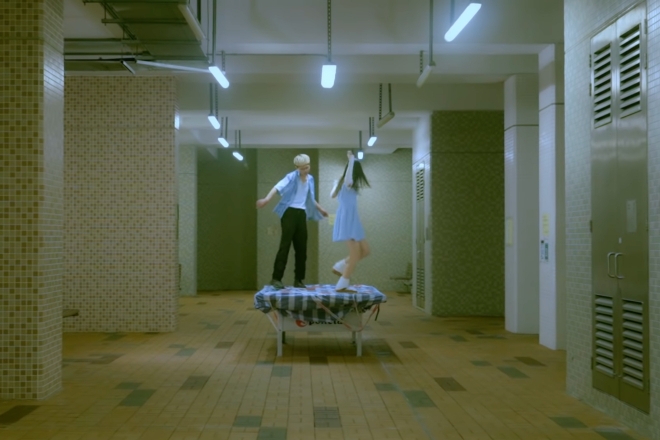 After releasing a Chinese new year compilation '虎年萬事足 TIGER TAPPING FEET', ambassador of Hong Kong footwork, FINGERGAP, is back with another Cantonese city pop track, ‘Would You Like to Dance with Me’ via local label Holunjeng.

‘Would You Like to Dance with Me’ serves as the artist’s second single after ‘City without Wind 沒有風的國度’ featuring Kazakh-Korean singer Fedor Yury. Taking inspiration from the city pop genre that defined both Japan and Hong Kong’s pop scenes in the 70s and 80s, FINGERGAP re-imagines a melancholic Cantopop track as a danceable juke track.

The footwork artist says “City pop has been in trend for the last few years, but I would like to set myself apart from musicians who are aiming at replicating how ‘chilled’ the genre is. I want something that captures dancing and the ‘carpe-diem’ vibe of that era.”

Teaming up with Fedor Yury for the second time, FINGERGAP takes the signature 160bpm from footwork and “uses a unique rhythm to invite the audience to dance and get lost in the beats.”

FINGERGAP's new album that is inspired by Hong Kong’s rich heritage is set to release in mid-2022 — before that, you can watch the music video of ‘Would You Like to Dance with Me’ below and order the track here.