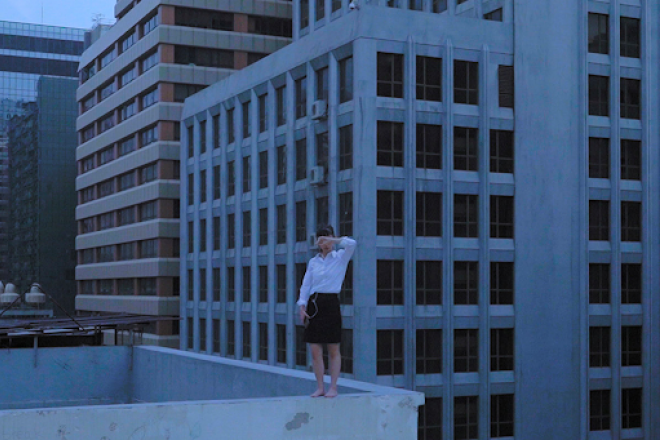 In 2021, when one thinks of Cantopop, or Cantonese pop music, slow love songs probably come to mind...but Hong Kong used to be fast and furious.

Back in the 80s and 90s, when nightlife was still mostly located on the Kowloon side, Disco Disco, Newyork Newyork, Canton Disco, Cyber 8 Disco and 348 & Karaoke were amongst the city’s most famous clubs. The guest list at these clubs saw local stars like Anita Mui and Danny Chan as well as international stars like Madonna, Sex Pistols and Andy Warhol.

At the time, Hong Kong’s nightlife scene was vibrant and the music that came with it was fast-paced, with songs like ‘Tell Me Why’ by Tina Liu (1987), ‘Fly like an angel’ by Douceurs doux (1985) and ‘文明浪族’ by Rosanne Lui (1988) on regular rotation. When rave culture began to take off, many of these Cantopop tracks were remixed into drum-heavy tunes. At the same time, karaoke was also gaining popularity and over the years, the tempo of Cantopop slowed down to adapt to karaoke culture after gang activity saw the disco clubs shut down en masse.

FINGERGAP is a Hong Kong-based artist looking to put the speed back into Cantopop and shatter conceptions of what the genre can be. He recently released his first original single called ‘City without Wind (沒有風的國度)’ featuring Kazak-Korean singer Fedor Yury on Holunjeng Records, which will be fully released as part of his album on the label in early 2022. In it, he combines Cantopop with footwork, bringing a never heard before spin to Hong Kong-style music. Footwork, a genre inspired by funk, jazz, hip hop and drum 'n' bass, is twice the tempo of Cantonese songs, so FINGERGAP works with the double-time nature of that relationship.

“Footwork is very different to Cantonese songs, which are often about love, are very slow, and are made for Karaoke,” he said in a press statement. “We have a term called “K Gor” (literally: 'Karaoke Songs'). In the 1980s or 1990s, we could hear more Italo disco, or we called them “Fai Gor” (fast songs). After the emergence of Karaoke songs, the whole tempo of songs is slower, slower, and slower, and they repeat on the same themes as well.”

The reason behind creating the album is out of the artist's love for the Cantonese language, culture and music. Through this passion, the artist is determined to add variety to the local scene. “Cantonese is my native tongue, and it is touching to hear songs that are good and are in our native tongue. This drive has inspired me to write in Cantonese and contribute to the richness and variety of the scene.”

The album follows FINGERGAP’s recent compilation album called Caution Wet Floor 小心地滑小心地滑 in which the artist took well-known Cantopop hits from the 1960s to 2000s and remixed them by raising the BPM to match the footwork style. This compilation acted as a teaser of the artist's forthcoming album.

“When I remix old Cantonese songs, I don’t want it to sound identical, I want people to have a new perspective and feeling from songs, even though the original sample is from the 90s,” said FINGERGAP.

With deep-rooted feelings towards Hong Kong's nightlife back in the 80s, locals might be hoping that the album will carry them back in time to Canton Road where they can enjoy a night with an enormous dance floor, a flourishing sound system and an extravagant amount of lights — but FINGERGAP isn’t about transporting listeners back to that era. Instead, the artist is all about future thinking.

"Everyone says what if we could travel in time, and experience when Hong Kong was cutting edge and international, but I still believe Hong Kong is not about the past, there is a future and something I believe as a local."

FINGERGAP's single 'City without Wind (沒有風的國度)' is out now and you can listen to it here.