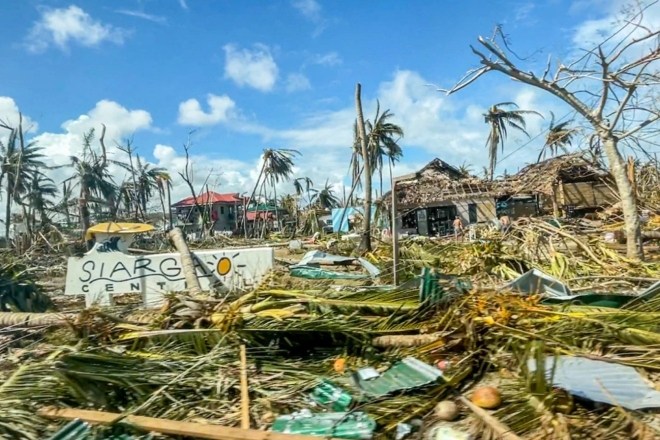 At least 375 people were killed, 500 injured, 56 missing and over 400,000 Filipinos are currently displaced in the latest disaster that hit the Philippine archipelago over the weekend.

Amongst the provinces in the affected regions of Mimaropa, Western Visayas, Central Visayas, Eastern Visayas, Caraga, and Northern Mindanao that experienced the wrath of Typhoon Odette/Rai were Siargao, Cebu, Bohol — three of the country’s most sought-after tourist spots where visitors would usually flock to and frolic just in time for the holidays.

The situation is dire, with the typhoon victims having very little to no access to food, drinking water, shelter, and communications. Worried loved ones from other parts of the country are desperate to find out if their family and friends are alive and well in the affected areas.

Cha Angel, who moved to Cebu over the pandemic and recently reignited her DJ career in the Southern city, shares: “It feels like the end of the world. Supplies are running out. There’s no more drinking water in supermarkets. Gas stations are destroyed so the lines to gas up are crazy. The good thing is there's a lot of donation drives happening at the moment.”

Some of Cebu’s major nightlife haunts like Ibiza, La Vie in the Sky, and Verified have all been wiped out by the super typhoon. Its neighbouring city of Bohol wasn’t spared, with death tolls rising by the day and residents waiting for sufficient help to reach them.

Further down south, the super typhoon left behind billions worth of damages in the small yet thriving island of Siargao. Home to some of the world’s best surfing spots and a magnet for day-to-night revellers, it’s now Ground Zero. 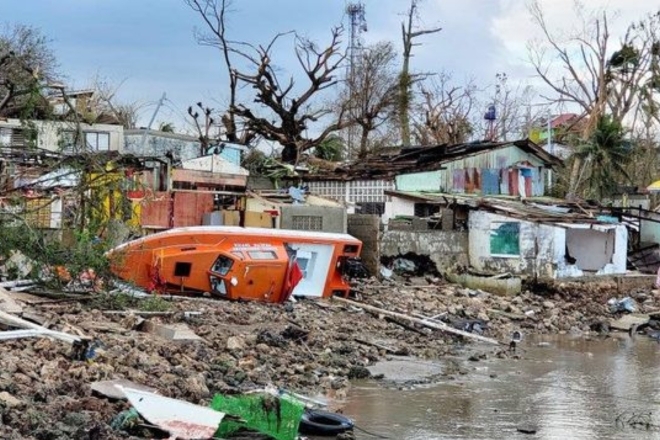 Filipinos across the country are mobilising to immediately bring aid to the victims. Some from the nightlife and entertainment industry have organised fundraisers, relief operations, and other means to extend support.

“There has been no power and no communication for days now so we have to react as soon as we hear anything from satellite phone. Thankfully most of our loved ones are safe and there is no better feeling than to receive that phone call to hear that news,” DJ Sam Wilson, who is currently in the capital of Metro Manila but resides in Siargao, also co-founded Bayatakan Farm in the island. “I just came off the phone with Analyn, a farmer I've worked with over the years. She said the Baybay Disco, a large open space filled with karaoke machines and red horse beer is in pieces and karaoke machines everywhere. Bayatakan Farm is gone. Major damage has been done to any of the venues which hosted nightly parties and anyone lucky enough to have had a night out in Siargao will now only have those as memories.”

He, along with some friends have banded together to swiftly set up a remote headquarters dedicated to coordinate with NGO’s, government agencies and other relief initiatives taking place.

“We didn’t know what to expect but we knew the worst had happened, when a day later we still had no information but no contact with anyone on the island for lack of power and communication. We had a coffee and news started feeding through of a plane going to the island. Everyone had their laptop with them and within an hour, we had set up a remote HQ,” Wilson says. “It was a crack team at the time, but we joined up with all the other crack teams that had the same idea. Now we are about 500 people, working across the clock to bring supplies and relief to the island. I can’t see us stopping until we hear that water, food, shelter are resorted. We have made so much progress, made so many new connections and bonds with our fellow residents and selfless donors of time, money and effort. There is so much work to be done but the strength within the group and encouragement we get from outside drives us on. We also know that our island family is also doing everything that they can from within, with limited access to the internet and information.”

Over the weekend, emcee and DJ Marga Bermudez co-organised IBAN TA TANAN, which means “come together” in Siargaonon dialect.

“We put up a donation channel to help raise the funds but we also wanted to make sure it was done well. We decide to sell raffle tickets for PHP350 and we involved Siargao and Manila brands to hop on to give some products as prizes. We were also blessed to have our good friends CURTISMITH, August Wahh, Issa Pressman, Sky Dominique, BUTTA B, Sam Wilson and Lane to perform for us, all for free for the benefit,” Bermudez shares. “Planning an event in two days was crazy but worth it. In just two days, we were able to raise a whopping PHP491, 503.08. While the event was ongoing, we were already dishing out funds to Waves for Water for water filtration systems, One Million Lights for solar-powered lamps and temporary shelter tents. We’re still on going with the purchases of other goods that need to be sent out to Siargao right away. It’s really non-stop raising of funds at this point and we’re going to continue doing exactly that with the series of events we are already planning for Iban Ta Tanan. Siargao and all the other places affected by Typhoon Odette really need help. Hopefully we can provide for all other places as well.”

At an estimate amount of anywhere between the P13 billion and P17.9 billion, the damage caused by the super typhoon has further pushed back the country’s economy, which has taken its small steps towards recovering from the pandemic-induced recession only recently.

For ways to donate to the victims of Typhoon Odette/Rai, see the list here.