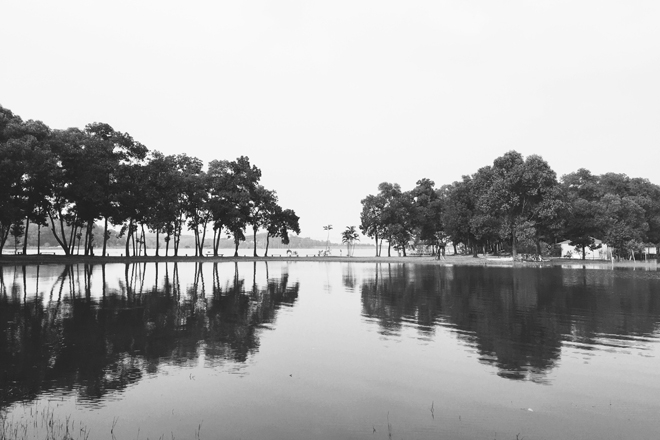 With Equation just over a week away, the finishing touches have been added to the program and attendees are getting a first peak on what kind of festival the debut is shaping up to be. We’re feeling a really nice boutique festival vibe on a slice of Vietnamese paradise soundtracked by a carefully curated line-up of world class disco, house and techno.

A big portion of the line-up was previously announced as international headliners from Giegling, Concrete and more but some recent additions have seen it evolve into an eclectic array of talents from around Asia as well who will be representing and celebrating a network of underground clubs and parties from around the region. You’ll find artists from The Observatory in Saigon, Smoke Machine in Taipei, Elevator in Shanghai, Safe Room in Bangkok, XX XX in Manila and Bass Kitchen in Taipei with each doing a “takeover” of a stage. See the full line-up for both the Journey and Universe stages below with both setups being powered by Funktion-One systems. 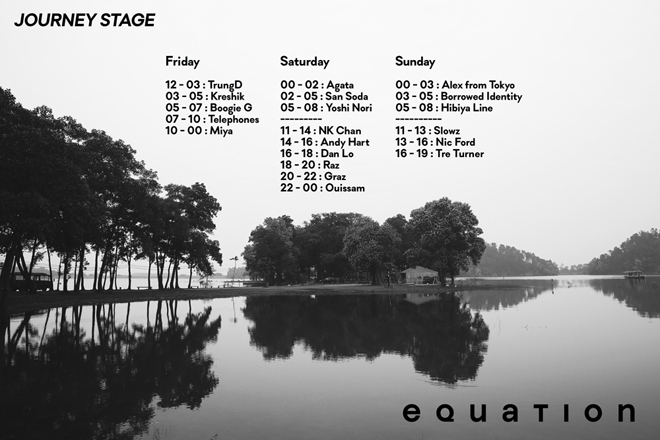 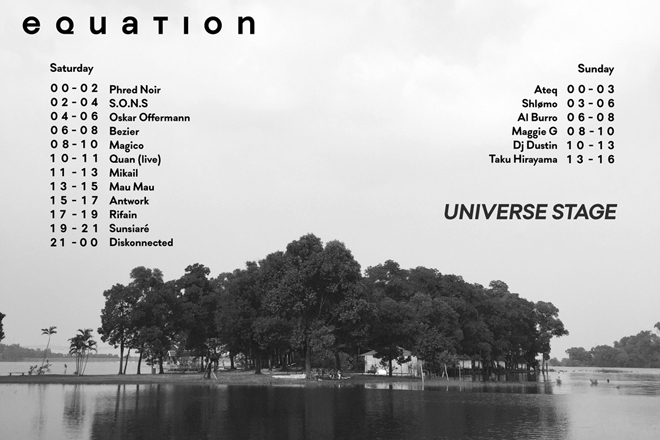 In addition to the performance stages, a tea tent serving Vietnamese coffee and tea will open from sunrise to sunrise and will take on a Persian atmosphere with ambient music music. An outdoor cinema showing projected films will pop up Saturday and Sunday and be outfitted with leisurely bean bags and air bags. There will also be yoga, wellness workshops, guided meditation and live performance art throughout the weekend.

There will be two bars serving premium cocktails by award winning maestro Fabien Marcault at the helm. Aside from alcohol, there will be a fresh juice bar also serving coconut and sugarcane juice and four of Hanoi’s most favored food vendors will be on site dishing out fare. Ke Quan and Kobala will be delivering classic Vietnamese meals, Corto will take care of all your pizza needs along with a side of bruschetta and kebabs that will never let you down. A map of the festival site has just been released and gives you a idea of what to expect and where. 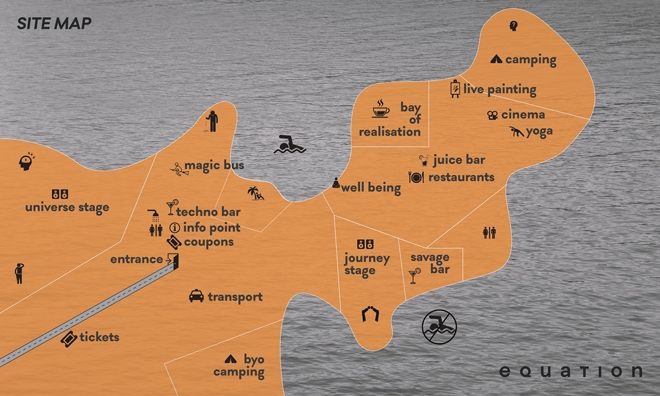 Equation takes place from April 14th – 17th at Son Tihn Camp in Ba Vi, which is situated on the banks of the pristine Dong Mo Lake and an hour outside of Hanoi. Let us reiterate how stunning the site is, we know this because it's the same site used for Quest Festival. It's a sprawling, grassy and idyllic landscape with a lake for swimming and 20 islands in the vicinity. Camping is plentiful as well as off site accomondations for those who prefer a roof.