One to be revered by the house and techno heads, Equation arrives in Southeast Asia next year as the first of a kind. The festival debuts as a three-day getaway in northern Vietnam where idyllic landscapes will fuse together with a heavy international roster and the very best that Asian house and techno has to offer.

The first edition of Equation will run April 14th – 17th 2017 just outside of Hanoi. The good news is – holidays. It’s a long weekend in Thailand, Indonesia, Philippines, Hong Kong, Singapore and also in Europe. What organizers are trying to do is create an exotic environment filled with electronic music that feels like a long weekend getaway and Vietnam offers exactly that.

The inaugural event will boast two official stages pumping Funktion One soundsystems, one for international acts and the other featuring regional talents from all around Asia. There will also be a non-official third stage or area for activities like yoga, meditation, food and for screening films and documentaries.

Solid line-up but ultimately what the festival hopes to become is an annual opportunity for all the influencers in Asia’s underground music scene to get together in one place. The line-up on the local stage is a reflection of that ideology and curated to include as many of Asia’s happening cities and clubs as it can fit on the bill this year. Hibiya Line, Dan Lo & Nic Ford will represent The Observatory in Saigon, Mau Mau & Raz are coming from Elevator in Shanghai, Mikail will make the trip over from XX XX in Manila, Korner regulars Yoshi Nori (Bass Kitchen) & Diskonnected (Smoke Machine) will have Taipei covered, Magico & Antwork from Mystik in Seoul, Boogie G (Nite Ride) is the lone ranger from Bangkok’s Safe Room, Miya Rifain Sunsiaré is playing for Cliché Records in Hong Kong and finally Maggie G, Graz, Quan & Ouissam from the newly opened Savage in Hanoi.

And you can still expect a few more additions to the final line-up.

The stunning site is close to Hanoi at the scenic and serene Son Tihn Camp in Ba Vi, which is situated on the banks of the pristine Dong Mo Lake – the same site used for Quest Festival.

The organizers felt inspired by the atmosphere and ambience generated by Quest Festival but wanted to create something that catered more to the house and techno niche whereas Quest boasts a more all-encompassing line-up that includes live bands and performance art. With the festivals happening six months apart, neither sees each other as competition and are just happy that everyone is working to improve the music scene together.

With a 5-year plan firmly in place and no real rush, the festival will limit capacity to 1,000 this year and gradually increase attendance to 3,000 by the end of its run. Keeping it cozy ensures an intimate experience free of from the wrong kind of attention.

Expect a fastidiously curated festival experience that draws influence from neighboring Labyrinth in Japan and Organik in Taiwan but is more looking to develop its own identity in Southeast Asia.

Tickets go on sale mid-November and follow the event for up-to-date information here.

See photos of the site above and the artwork below. 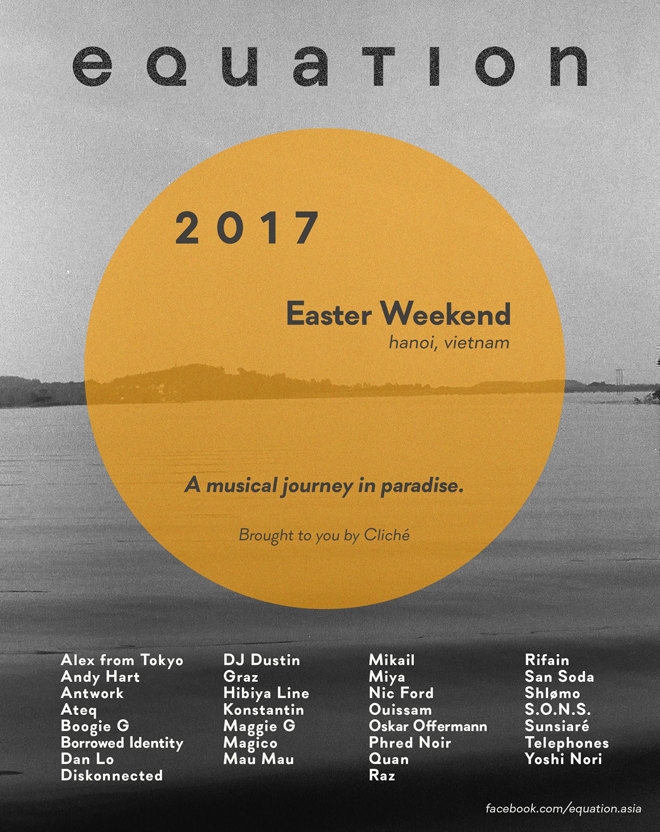