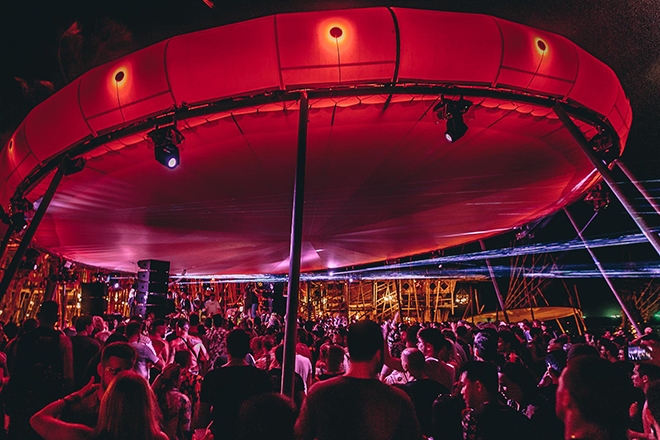 Seemingly coming out on top amid a meddle of controversy, Vietnam’s annual techno marathon by the beach has just unveiled its first round and as expected (or unexpected), it’s full of heavy hitting DJs. Epizode 5: Epilogue returns to Phú Quốc island off the coast of Vietnam with a preliminary line-up announcement that includes returning favourite Ricardo Villalobos, Dubfire, Loco Dice, Deborah de Luca and Goldie, a lengthy list more.

Over the years, the festival has become synonymous with grand line-ups featuring top tier artists who belt out some of the most memorable sets Asia has ever heard, and of course, in one of the most awe-inspiring locations one could envisage for an 11-day winter blow-out on a stunning beach strip. And this year will be no different.

From sunrise to sunset on December 29 to January 10, attendees will once again indulge into a wide array of highly sought after sounds, including the legendary Ricardo Villalobos, the minimal king of Perlon fame, Binh, SCI-TEC label boss Dubfire, drum ‘n’ bass icon and MBE, Goldie and a debut performance from Italy’s techno-donna Deborah de Luca. Shifting away from techno and into a funkier, rather sexier tone of groove is Circoloco resident wAFF, Argentina music-maestro Guti, Desolat honcho Loco Dice and the infectious Hectorfrom Vatos Locos.

Joining them will be Arma-17 leader from Russia, Abelle, the musically emotive David Gtronic, as well as French-Taiwanese talent Louise Chen who will be making her Epizode debut, and accompanied by Berlin-based ambient artist E/Tape. Keeping to their motif of supporting Asia’s regional stalwarts, Sunju Hargun fromThailand makes his annual return, and is joined by Ouissam — owner of Hanoi’s infamous home for the underground, Savage.

See the full line-up below: 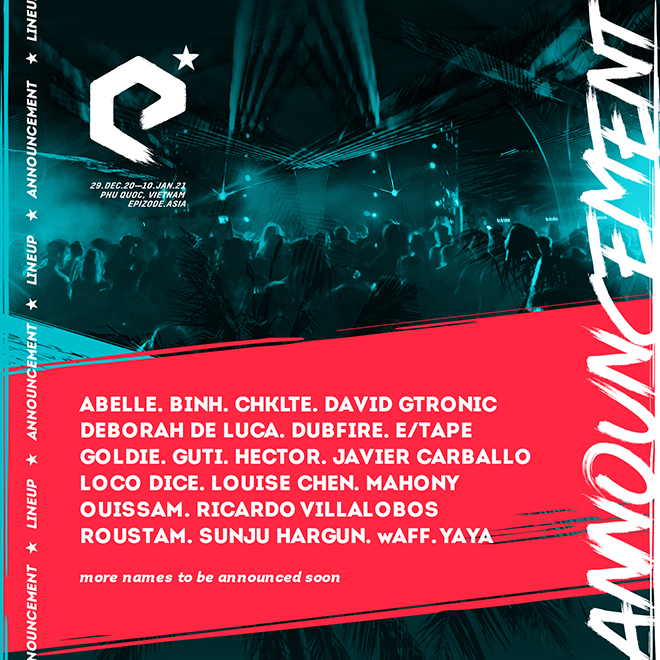 Epizode has established itself as the mecca for electronic music hedonists in Asia — it’s an end of the year getaway for music and art aficionados who dare to mingle amongst industry professionals and true to the groove ravers.

The 12 day Early Bird Multi-Passes are available at €158. Tickets can be purchased online via Epizode website: www.epizode.asia

So the first round is out. Now, who’s in?