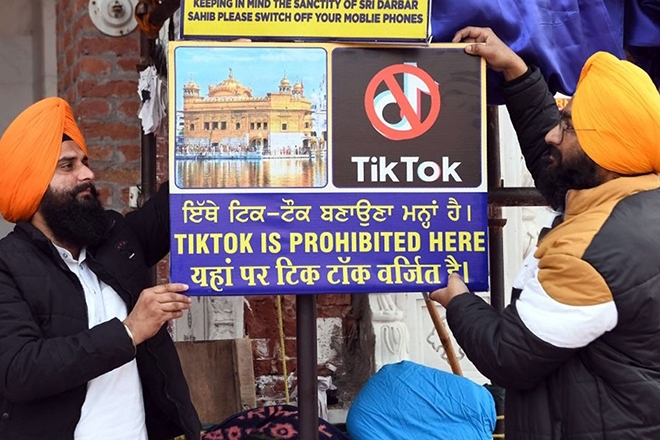 News out of India today is that TikTok will soon be a thing of the past in the nation of 1.3 billion. The China-based app along with 58 others have been banned in a bid to “re-establish India’s defense, security, sovereignty and integrity” by India’s Ministry of Electronics and Information Technology.

The decree was proposed together with India’s Ministry of Electronics and Information Technology, the Indian Cyber Crime Coordination Centre and Ministry of Home Affairs, spurred by “representations from citizens regarding security of data and breach of privacy impacting upon public order issues,” according to a statement. “The compilation of these data, its mining and profiling by elements hostile to national security and defense of India. There has been a strong chorus in the public space to take strict action against apps that harm India’s sovereignty as well as the privacy of our citizens.”

TechCrunch reported that “nearly half of [India's] 1.3 billion population” is online and that the ban would affect “roughly one in three smartphone users in India.” This obviously doesn’t only reflect TikTok users but does give context to just how much of India’s population uses apps. That said when TikTok, which counts India as its second largest overseas audience, was previously banned for just a week in the country, its parent company ByteDance reported losses of around US$500,000 a day in the country.

Still, it's unclear what the ban actually means and as of writing, the app was still available in both Google’s Play Store and Apple’s App Store within India. Seemingly, Google has not yet received the order from New Delhi and Apple is reportedly still reviewing it.

The ruling is the latest crush in TikTok's quick global rise (the app has been downloaded more than two billion times). It follows recent news that the USA has deemed it a security risk and its parent company Bytedance is being sued over privacy surrounding child privacy violations. That said, relations in India and China have been particularly strained recently following aggressive behavior by forces from both countries and this ban is unlikely to help.