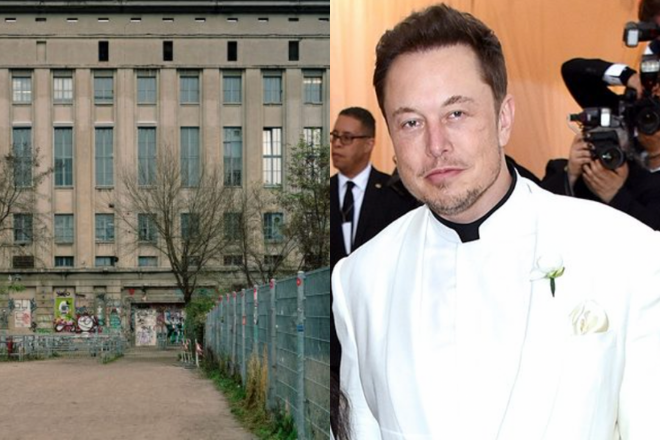 Elon Musk has taken to Twitter to criticise Berghain.

The Tesla CEO reportedly wanted to round off his Berlin party weekend by visiting the club, but posted "I refused enter" alongside criticism of the Berlin club having a sign saying 'PEACE' on its exterior.

Whether he personally decided to not attempt to get into the club, or was knocked back by the notoriously difficult bouncers, is not clear from his comments.

'They wrote PEACE on the wall at Berghain! I refused enter.' he initially tweeted.

Almost four hours later, he added the following onto his thread: 'Peace. Peace? I hate the word. Those who do care about peace (myself aspirationally included) don’t need to hear it. And those who don’t care about peace? Well …'

Shortly after the tweets appeared, others on the platform reacted swiftly to Musk's outburst, reinforcing their love for Berghain and amusement at the situation:

I think you misunderstood here something essential! Peace, Love & Unity is the founding motto of the Techno cultre! Berghain THE Techno temple in Berlin.

Did @elonmusk get Knocked Back from @berghain this weekend?
Ahhhhhhahahahahahahah that’s proper renewed my faith that everything’s gonna be all right after all