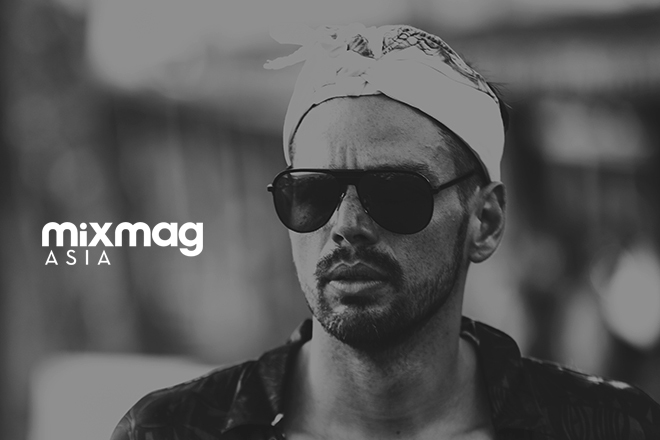 An eco-warrior slash DJ, Halim Ardie is a one of a kind music messenger that truly practices every bit that he preaches. While playing openings and closings for legends like Tiestö, Black Coffee and Richie Hawtin, or while churning out desert sounds at Burning Man, Halim spends his time outside of the booth cultivating awareness and funding for purposes that highly important to keeping our planet stable, as he heroically puts it, “raising funds and spreading awareness once dance floor at a time.”

Raised in the US and standing tall in Bali as a purveyor of good karma, Halim is also a member of Rainforest Pavilion together with founder and fellow DJ, Alex Joy. Together with their team, they use environmentally-friendly art installations to create awareness of rainforest conservation through music and dance, with some of their most famous work being showcased at Potato Head Bali and Wonderfruit in Thailand.

Like his ethos of diversity, it would be fair to say that Halim’s sound spectrum is infinitely global, while maintaining a stronghold in the realms of house music. He easily drifts to the trippier and darker side of dance, and is an avid supporter of Indonesian producers, who you will get a tasty treat of in his set for Mixmag Asia Radio.

For the eighteenth issue of our radio series, Halim takes us on a genre-bending journey through downtempo, breaks and trippy house — his inspiration came from the story-telling styles of poets Rumi and Pushkin. “This mix travels across lands physical and imaginary”, as Halim starts to describe his set to us, it is “a true reflection of my home Bali, Indonesia...a place where nations and cultures collide in a beautiful mess of people and ideas. This is my home, this is Bali 2020.”

Tune in to Mixmag Asia Radio 018 with Halim Ardie below.

1. Prabumi - 'Sila [Sua.Ra.Loka]' x Rumi 'Hush, Don't Say Something to the Gods' X Rumi 'I am a Sculptor' as read by Valeria Mushak

8. Kostas G - 'Lucid Dreams [Kiosek Records]' X Rumi 'What Have I Ever Lost By Dying?' as read by Valeria Mushak