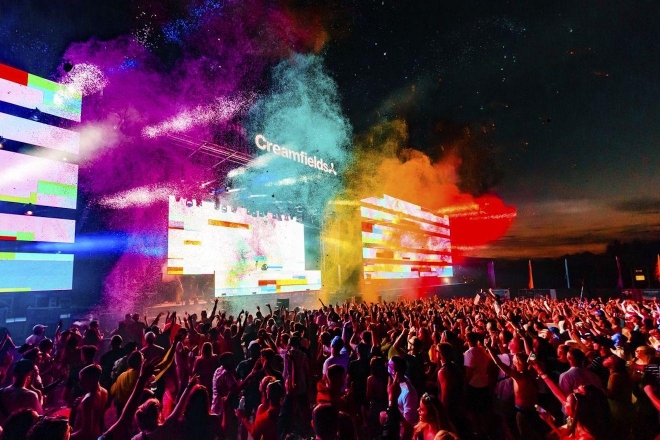 The headline: that's the bulk of the story. But it's exciting because it's the first trickle of hope that we could have some semblance of a festival season in Asia this year.

In case you missed it, over the weekend, several heavy hitters across Asia — like Clubbing In Asia alongside event giant Live Nation — have begun teasing Creamfields Thailand. A dedicated Facebook and Instagram account for Thailand also confirms the buzz.

No other details are known, not even dates, except for coordinates which land us in Pattaya, which wouldn't be at all surprising as that's where most festivals like to land, including Wonderfruit, which has not yet made any announcements but we're all hoping will announce their 2022 return soon.

Sure, we've been teased several times before with the return of live events in Asia, but we're feeling pretty confident about these latest announcements. Why? Because Thailand is easing entry into the Kingdom with every passing day. As it stands, there is just one day of quarantine for fully vaccinated passengers, but even this requirement is expected to be dropped soon as the country looks to shift from a pandemic to an endemic within the next few months.

This would also not be Creamfields' first foray into Asia, having held events in Taiwan, Hong Kong and China before the pandemic. The UK-founded festival is celebrating its 25th anniversary this year, with its first event held in 1998 in Winchester. It later relocated to Liverpool and is currently held on Daresbury estate in Cheshire.