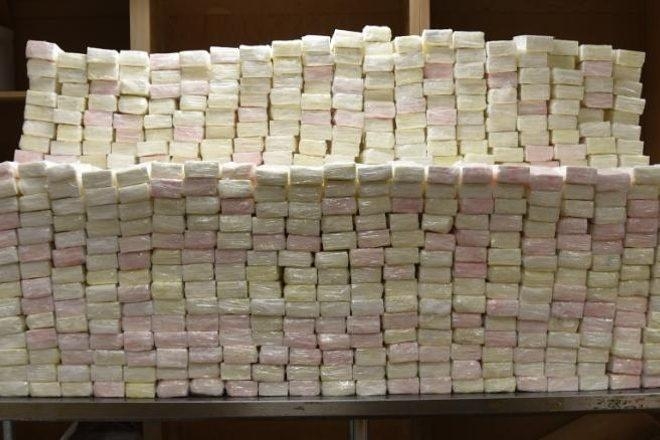 More than 1,500 pounds of cocaine was found packed in a shipment of baby wipes by U.S. Customs and Border Protection investigators.

Narcotics traders often get creative in the ways that they smuggle substances between borders, and in this case, they put millions of dollars worth of cocaine in a place where they’d be least suspected.

Read this next: Thai government patrol apprehends over 18,800 Winnie the Pooh pills

The Office of Field Operations at CBP sent a trailer truck for a second check even though it claimed to be carrying only baby wipes.

A “canine and non-intrusive inspection system examination” found that this carrier held 1935 packages containing 1532.65 pounds of alleged cocaine within the shipment.

Alberto Flores, the port director for the Laredo Port of Entry, said in a news release: “Officers assigned to CBP cargo facilities ensure effective border security by preventing and countering the flow of suspected narcotics entering the country.

“This seizure is a prime example of border security management and how it helps prevent dangerous narcotics from reaching our communities.”

Read this next: Student’s ‘Supermao’ spoils from Thailand get seized at Bali airport

According to the release, officers from U.S. Immigration and Customs Enforcement's Homeland Security Investigations are actively looking into the seizure.

Earlier this month, eight kilos of MDMA pills were found in a shipment of pet food at a mail hub in Coventry, UK.