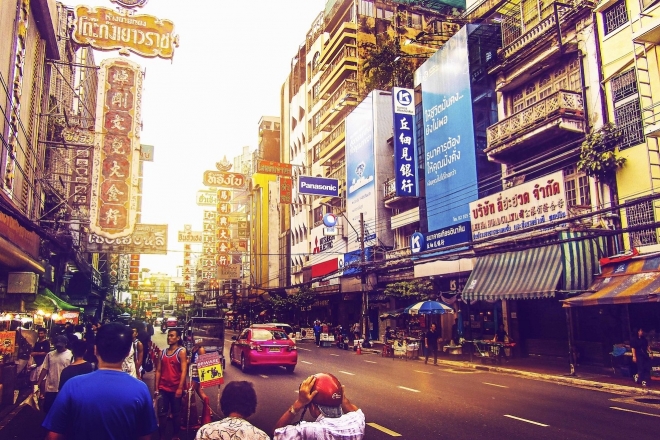 For part of 2020 and 2021, music fans in Thailand got to enjoy something that most of the world didn’t: clubs. While many of us sat firmly planted on the sofa, clubs in Thailand were open — we even wrote about two new club openings, one of which went on to make our Most Read Stories List from 2021 — and a couple of mini-festivals also took place. But even the most tightly controlled border was no match for COVID and the bubble eventually burst.

For most of 2021, Thailand grappled wave after wave of COVID cases and clubs remained shut, and the government went so far as to ban the consumption of alcohol in public places (even restaurants) during many parts of the year. But as the year went on and the situation improved, borders began to open up to travellers, first from an isolated Sandbox option in Phuket then to a one-day quarantine option — called Test & Go — across many parts of the Kingdom towards the end of the year. With that came a promise from the government that nightlife could reopen in the middle of January. And so, January 16 became Thailand’s own “Freedom Day”, which was what the UK dubbed June 21 before the date shifted to July 19.

But then omicron happened in December, and the government’s panic over the coronavirus variant deepened, suspending some of the tourism programmes like Test & Go. January 16 has now come and gone, and clubs remain shut…for the most part.

Not only did clubs not reopen this month but restrictions are already returning nationwide — regressing months of wishful thinking. While some venues in provinces in blue zones with pilot tourism programmes are allowed to open and even have DJs, a booze ban beginning at 11pm — which was 9pm until Monday, January 24 —alongside the requirement that food must be served at a premise for it to “open as a restaurant” has made it impossible for entertainment venues without kitchens to open. The once neon-lit RCA district remains dark, and popular downtown venues like GLOW and Beam are still closed.

But it’s not hard to get a drink in Thailand, and if you look hard enough, you’ll find low-key DJ events taking place somewhere at bars and pubs with the occasional tipple being served in a non-descript cup. That said, police raids have long been common practice, especially in Bangkok and Pattaya, and the pandemic has only fueled the men in brown.

Thailand is, however, open to travellers looking for a break from winter or COVID restrictions elsewhere in the world, and the beaches have never looked more alluring. Island parties are also not hard to find. Sandbox is currently still on the plate in Phuket and allows fully vaccinated travellers to enter Thailand and spend seven days in Phuket without quarantine before venturing out into the rest of Thailand. The scheme is attracting people from all over the world as the weather is perfect and the beaches are empty. At least in Phuket, beach clubs are also open to some degree, with light events taking place at places like Baba Beach Club Natai, Judo and Cafe Del Mar. Festivals, on the other hand, still only exist in our hopes and dreams.

Signing off on a positive note, The Bangkok Post reported today that the government was mulling reinstating the Test & Go programme “to win back overseas visitors and accelerate the economic recovery”.

It was further reported however that Deputy Prime Minister and Public Health Minister Anutin Charnvirakul “stopped short of confirming if reopening entertainment venues will be among measures he had in mind to ease restrictions.” The reason being is that clubs and bars were blamed for triggering infection clusters, especially during New Year celebrations — where many were given special permission to serve alcohol.

If you’re thinking about going to Thailand, it’s a lovely time of year to visit. The beaches are bare, the restaurants are open, and you can always find a drink — but dance floors technically are closed...you know how these things go though. Just know that you’re entering at your own risk.