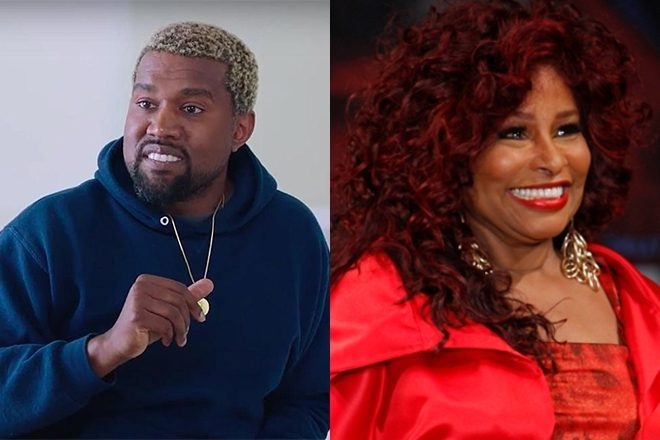 Chaka Khan has admitted that she didn’t know her vocals would be pitched up on Kanye West’s 2003-released ‘Through The Wire’.

The debut single from Kanye, which sampled the singer’s track ‘Through The Fire’, adapted Khan’s voice to a much higher range, giving her a chipmunk vocal.

Khan has previously discussed her distaste for the adapted track, but in a new interview with Good Day DC's Marissa Mitchell on FOX 5FOX 5, Chaka Khan explained why she disliked the vocal rework.

“[Kanye] didn’t mention that he was gonna speed it up, you know, three times its normal speed. Had he, I would’ve had something to say. But since I didn’t think of that, believe me, I think of it now. I ask, ‘How are we gonna do this?’”

Khan, who is now 69 years old, also added that she hasn’t heard from Kanye since the track’s release, and said: “I’ve not heard from him, and I’m not looking to hear from him either.”

In 2020, the 10-time GRAMMY-winning singer spoke on Kanye’s use of vocal pitching in an interview with Vlad TV where she said: “I thought about it and said, ‘Well, he can’t mess it up because I will be singing it after all. It’s my voice.’ But he found a way. By golly, he found a way to frick that up. I was through.”

Read this next: Kanye has given up his phone until ‘Donda 2’ is complete

The track originally came to fruition after Kanye was hospitalised following a car accident in 2002. The rapper had his jaw wired shut, hence the name, and had called Khan to express his love for the singer and permission to use her chorus on his new track which would be recorded at hospital.

Chaka Khan spoke on her newly released track, ‘Woman Like Me’, discussed the secret behind the longevity of her career, and added that she’s now working on a biopic with her daughter.