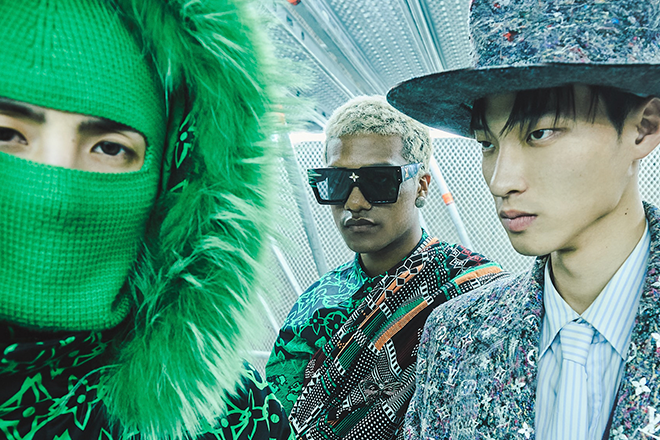 Not long ago, we reported on the Louis Vuitton SS22 collection presented by the men’s art director Virgil Abloh. It was an ode to hip hop and rave culture wherein UK icon of electronic music Goldie appeared both on the runway and in the accompanying cinematic as a Samurai. Last week, the fashion house and designer that “thinks different” presented yet another Fall/Winter 2021 spin-off collection, featuring Korean pop group BTS in a 10-minute video and on the runway.

Continuing on from the last collection’s notion of "ending male and female dressing in favour of a more ‘human’ approach to dressing", the spin-off collection brings a similar concept of breaking the preexisting boundary. According to the video description on Louis Vuitton’s channel, the collection aims to “redefine how our minds identify archetypical wardrobes which are tied to societal presumptions,” and “re-appropriate the normal through extreme elevation.”

Directed by South Korean director Jeon Go-woon, the mini-film steps into “a conversation between space, movement and the global connectivity central to our moment in time.” The video is about a pilot whose flight took him through countless typhoons, after which he then landed his plane on a tall skyscraper with wide windows and long halls. Inside, everything is still, as if time has stopped and it isn't clear if he is walking up or down in the skyscraper.

The event features members of BTS dressing to the brand’s pristine blazers, accessories, motifs and hats. The designs play on the “themes of illusion replicating the familiar through the deceptive lenses of trompe l’oeil and filtrage.” In case your French is a bit rusty, that’s a style of art that tries to create an optical illusion in which objects seem to exist in three dimensions.

The collection was unveiled at the Bucheon Art Bunker B39, an art and culture space that opened in 2018. The location established a good rapport with the concept of the collection, being a largely empty, industrial space of seemingly endless proportions where anything could happen. The space was formerly a garbage incinerator plant that shut down in 2010 and was then refurbished to become an art space that preserves its history.

Watch the video and find out more about the Louis Vuitton Fall/Winter 2021 Spin-off collection here.