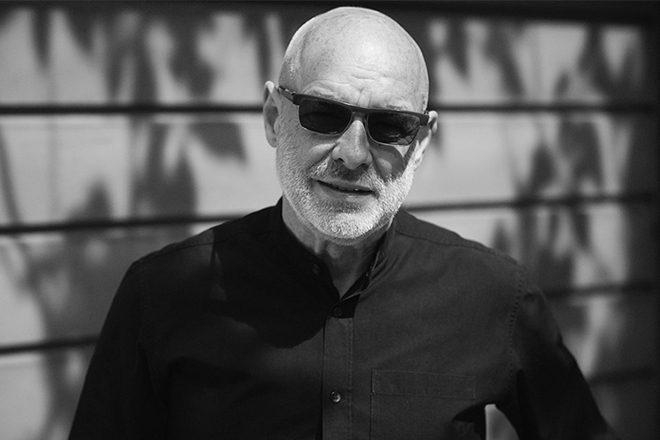 The first-ever documentary on British musician, producer, and visual artist Brian Eno is now under production.

Eno, directed by Helvetica director Gary Hustwit, will be a career-spanning documentary featuring hundreds of hours of never-before-seen footage, unreleased music from Eno’s personal archive, and visual art by the creative.

As Variety reports, the finished film can take on different forms, and this depends on how viewers are watching it. The aim of this enigmatic approach is to reflect the varied and situational nature of how Eno himself composes music.

Read this next: Brian Eno heads to Kyoto for debut solo & large-scale exhibition this summer

Hustwit intends to take a deep dive into issues that have piqued Eno's interest, such as sustainability, social equality, and the future of civilization while focusing on the nature of creativity above all.

This is through using “groundbreaking generative technology” in its creation and exhibition - something which is rarely seen and that filmmakers are excited to debut.

Director Gary Hustwit says: “He is the perfect subject to use this sort of approach. He’s turned down many previous projects because he didn’t want to do a conventional bio-doc."

“I think of Eno as an art film about creativity, with the output of Brian’s 50-year career as its raw material.”

This project is not the first time that Eno and Hustwit are working together, MusicTech reports. Eno provided original music for Rams, Hustwit's documentary on German designer Dieter Rams, in 2017

As a producer, Eno has worked with the likes of David Bowie, Talking Heads, Coldplay and more. He's a renowned composer who has creative famous sounds, including the startup sound for Microsoft Windows 95.