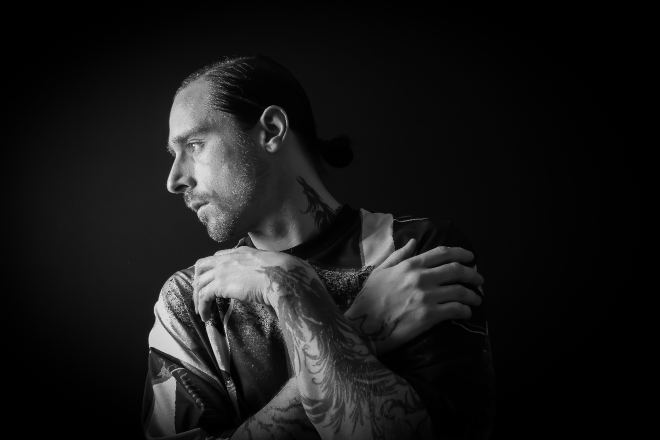 ‘Phrenesis’ is the fifth and latest EP from modular synthesist David Castellani — a renowned figure in the escalating popularity of synthesizers in modern dance music. Released under his own imprint Noetic, it brings forth distinct elements of techno, electro, and ambient through seven stand-alone tracks that integrate and reverberate the producer’s taste and skills.

Throughout the EP, we’re exposed to Castellani’s expansive insight on the sounds of modular-based music. Those acquainted with his work may recognise familiar tones and nuances from his brimming back catalogue of EPs (Alpha Gamma, Solaris, Electrochemical and Requiem), yet can expect to hear exciting, new qualities on his tracks.

The record’s opener ‘Vandalizer’ instantly launches listeners on their voyage, filled with syncopated percussion and dystopian leaning oscillations, creating a deep but driving roller. With no intention of slowing down, ‘Feather Plate’ continues to pick up the pace while portraying Castellani’s characteristic bouncing bassline and hypnotic, driving groove through reverberating percussions.

Subsequently, we find ourselves exploring heavier territories of techno in ‘Meltdown’ through an authoritative kick and phased industrial elements. The remaining atmospherics are teased out with a consistent click, while the coming and going of a synth line pitch briefly amalgamates all the elements before the track powers on again.

Nudged in the middle is ‘Phaze Wall’ — a track consisting of ascending stabs and modular tweets spread across its main groove, with a looped riff and traces of off-key melodies. Ensuing is ‘Dree’, where Castellani presents white noise and minimalistic, aerodynamic sounding drones in a more ambient production amidst the record’s more high-energy ones.

Castellani then brings back intensity on the title track ‘Phrenesis’. You’ll surely be able to picture yourself moving on the dance floor with its storm of sonic elements that collide seamlessly above an ascending spring reverb. He then ends the auditory journey with the volatile and rhythmic ‘Phrenesis Tool’ which incorporates the previous track’s spring reverb plus additional slaps and synths that up the ante.

“This release has been a chance for me to expand my palette and extend into some more experimental realms,” he conveyed via Instagram post.

‘Phrenesis’ is currently exclusive to Beatport, but will be available on all major online music retailers on May 6. In the meantime, take a listen to it here.