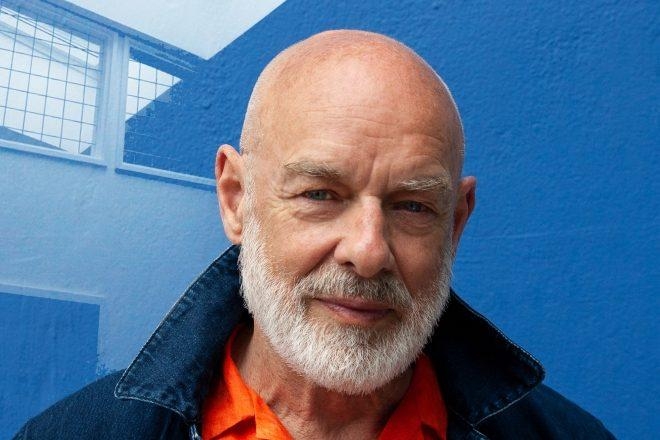 Brian Eno has announced a brand new album set for release on October 14 via Verve/UMC, ‘FOREVERANDEVERNOMORE’.

The record marks the 22nd solo studio album for Eno, and the first that uses the producer and composer’s vocals since the release of 2005’s ‘Another Day On Earth’.

“Like everybody else - except, apparently, most of the governments of the world - I’ve been thinking about our narrowing, precarious future, and this music grew out of those thoughts,” Eno said alongside the record’s announcement.

Read this next: Brian Eno launches EarthPercent, a climate change initiative for the music industry

“Perhaps it’s more accurate to say I’ve been feeling about it…and the music grew out of the feelings. Those of us who share those feelings are aware that the world is changing at a super-rapid rate, and that large parts of it are disappearing forever…hence the album title.”

Eno, who has been hugely involved in climate change activism over the years, recently pledged to ClientEarth as a trustee, and is also the brains behind EarthPercent, a climate change initiative for the music industry.

The producer’s activist efforts play out in his new 10-track record, due for release this October. “These aren’t propaganda songs to tell you what to believe and how to act. Instead they’re my own exploration of my own feelings,” he said.

Read this next: Brian Eno has created a limited run of colour changing LED turntables

“I’m more and more convinced that our only hope of saving our planet is if we begin to have different feelings about it: perhaps if we became re-enchanted by the amazing improbability of life,” he added.

The first track from the record, ‘There Were Bells’ is out now featuring a video recorded at the UNESCO World Heritage site, the Acropolis, last year. “It was 45 degrees in Athens on the day of the concert with wildfires raging just outside the city, prompting his introductory comment ‘I thought, here we are at the birthplace of Western civilization, probably witnessing the end of it’,” Eno commented.

Listen to ‘There Were Bells’ below, and pre-order ‘FOREVERANDEVERNOMORE’ here.