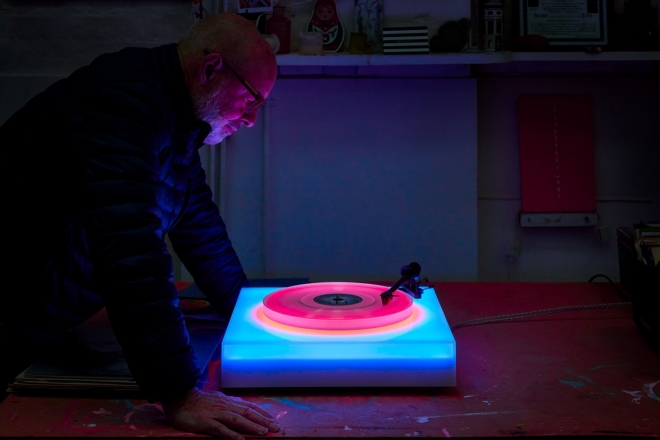 The light-up record players are said to be a feat of sound and visual fusion, adding a psychedelic edge to your average listening experience. Eno noted, “it doesn’t make sense until you see it”.

“The light from it was tangible as if caught in a cloud of vapour. We sat watching for ages, transfixed by this totally new experience of light as a physical presence,” he said on the prototype turntable.

“You have the idea that this small thing, which can’t contain that many instructions, produces this hugely complex interwoven, interdependent world. One of the things I like about this piece of work is that it stands as proof of that,” he continued. 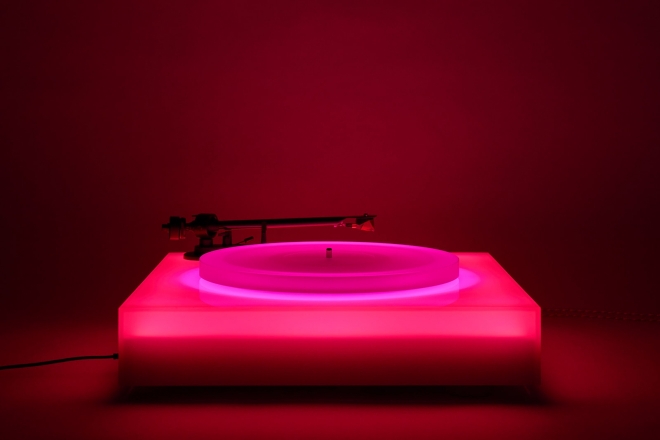 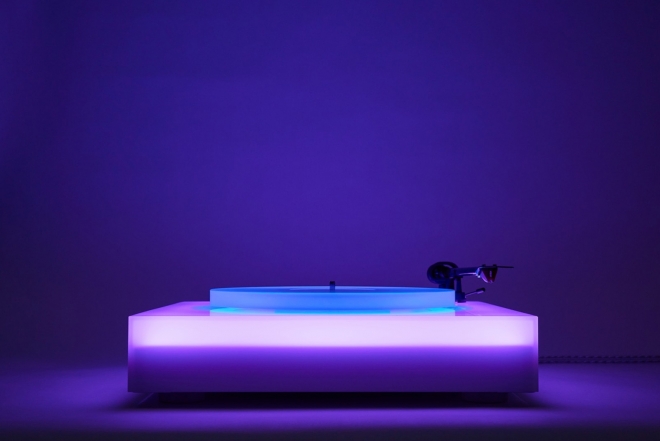 With only 50 available, the record players’ cost has yet to be disclosed, although enquiries are the only available option at this point meaning that prices could sit on the higher end.

This new project isn’t Eno’s first venture into LED work - the artist works regularly in film and hands-on crafts such as his lauded ‘light boxes’, a piece of art creating ‘colourscapes’ of light combined with music to create a kaleidoscopic, psychedelic effect.

Such artwork concocted by the artist has been shown in gallery spaces and exhibitions. “One of the great breakthroughs of evolution theory is that you can start with simple things and they will grow into complexity,” he said.

“This is very unintuitive — it’s one of these things that the human brain isn’t immediately capable of grasping.”

Find out more about the limited turntables here.