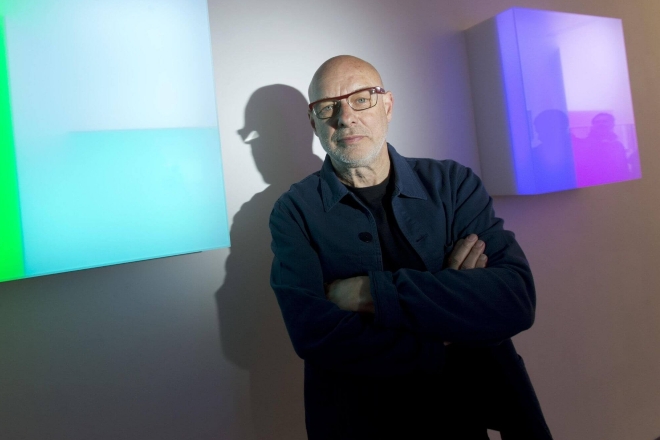 Electronic music pioneer Brian Eno conveys the important message of tackling the Earth’s climate crisis through his timely keynote interview at International Music Summit (IMS) Ibiza 2022. Hosted by Pete Tong, the session took place on the last day of the summit and revolved around Eno’s urge for the music industry to be more considerate towards how it impacts Mother Earth.

IMS is known to be the leading voice for business, culture and education in the field of electronic music. This year sees its 13th edition in uniting influential global industry figures in spearheading conversations that lead to positive change. With the theme “In Pursuit of Purpose”, powerful discussions echoed throughout the three-day event, including Eno’s that raised the topic of Earth’s climate emergency.

BBC Radio 1 figure and IMS partner Pete Tong directed the keynote interview, which took place via video call — a nod to the industry’s dedication in reducing unnecessary carbon footprint caused by air travel. With “Environment and Sustainability” being one of the summit’s pillars of discussion, Eno addresses his efforts in facing the environmental crisis through his charity — EarthPercent.

“We’re in a crisis here and we should direct our resources towards that crisis,” he proclaims during the session. Through EarthPercent, he aims to collect 1% from music business earnings and contribute it to the environmental cause. In the long run, the charity aspires to create a mechanism that will generate significant income as an effective method of giving back to the planet.

Read this next: Evolution Music unveils the first-ever vinyl record made from bioplastic 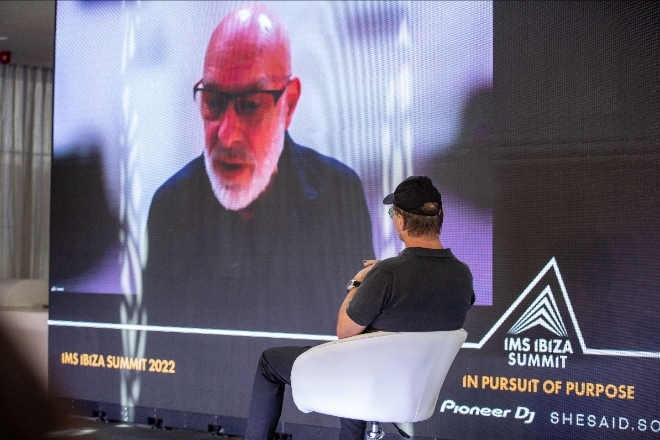 On a lighter note, Eno reveals the little-known fact that many people and parties are already partaking in efforts to better the Earth’s situation, which he considers the biggest challenge in human history. He mentions the work of environmental law charity Client Earth, who plays a key role in holding governments accountable, along with shareholder activism that have successfully altered the direction of companies towards going greener.

“These things we have to do to save the planet, like increasing equality and changing our attitudes, mean we’ll end up with a better planet,” proclaims the ambient music icon.

Already garnering the support of dozens of musical artists towards the cause, EarthPercent aims to raise US$100 million by 2030 through the purchase of exclusive tracks. Additionally, earnings from his solo exhibition in Kyoto planned for this summer titled Brian Eno Ambient Kyoto will go towards the financial support of Eno’s initiative.

For more info on how you too can play a part in protecting the planet, visit EarthPercent’s website here.