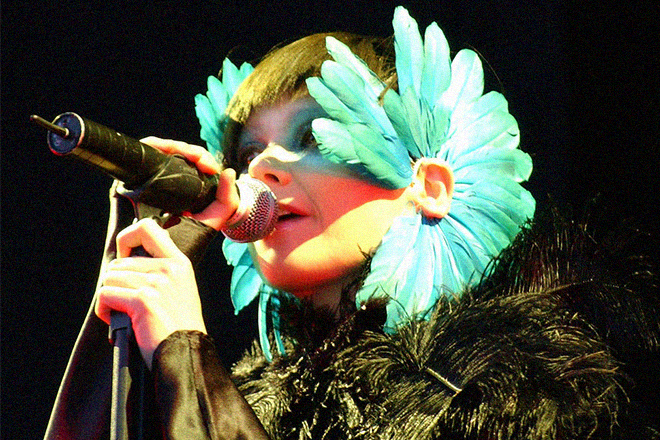 Björk has unveiled a new remix of her track ‘Ovule’, featuring vocals from Shygirl and production from Sega Bodega.

Announcing the release on Instagram yesterday, the iconic Finnish singer-songwriter wrote: “It has been so nourishing sharing music with shy and sega… soooo honoured to be in their hands !!

“and in this remix exploring chill-bassdrum-gabba and a thrill seeing shy diving into my lyrics and taking it to a new place,” she continued.

Read this next: Björk reveals that her next album is made for “living room clubs”

“( i hope to repay the favour soon ) …and seeing them perform it live in London was humbling …. grrrrratitudes !!”

‘Ovule’ was originally released in September 2022, and is taken from her tenth studio album ‘Fossora’. It was her first full length LP in five years and has been nominated for Best Alternative Music Album at the GRAMMYs.

Björk has previously praised Shygirl during an appearance on BBC Radio 2 last September. She said: “I love Rihanna, Beyoncé, Kelela, you know all that lot all the time. Like Shygirl, obsessed – Rosalía, all that lot.”

Read this next: Coachella sets will be streamed on YouTube until 2026

“If you come to my house I have a playlist and it has basically the same stuff that’s on my albums,” she continued. There is some ethnic music, fold songs, and then there’ll be some contemporary classical, choir music, and then there’ll be, on a Friday night, some sugar pop blasting, and some brutal techno as well.”

Last week, it was announced that Björk will be playing at Coachella Music and Arts Festival, where she will performing alongside headliners Bad Bunny, BLACKPINK and Frank Ocean, as well as The Chemical Brothers, Kaytranada, 2ManyDJs and more.