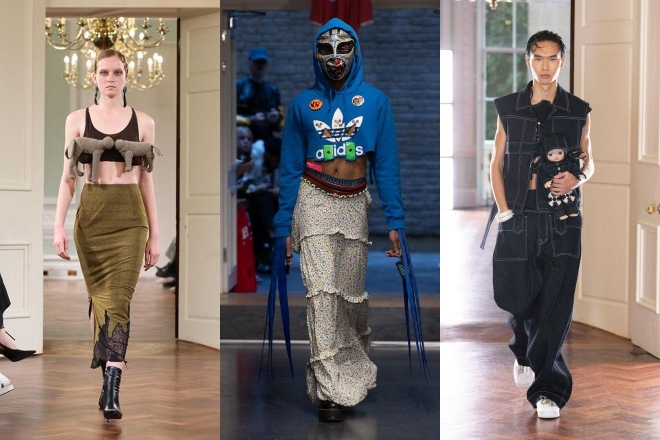 As fashion and music intertwine more than ever, we’re here with our closeout as London Fashion Week ends with the second season of its 2022 year-end showcase. As with any fashion week, the designers, artists, musicians, influencers and the who’s who of the world congregate at the shows and streets, decked out in the latest trends or what they’re predicting is the next blowout of the upcoming year. This year, we’ve narrowed it down to our top three personal favourites that peeked within the London fashion sphere — two Asian selects and a sustainable rave collection.

PRONOUNCE showcased their Eastern influences with their collection titled ‘Whirlpool’. The Chinese fashion brand is founded by Yushan Li and Jun Zhou, both based in Shanghai and Milan. Their collection has graced the Institute of Contemporary Arts with a series of genderless threads of nods to the 90s, including Chinese vintage dolls and spinning tops that are an ode to their upbringing.

Dr Noki is a standout in our eyes as we watch the emulsification of rave culture, sustainability, anti-establishment and so much joy. Each piece is a testament to the soundtrack of our industry of just being yourself with no one to tell you otherwise. On the runway, you’ll be able to see a look less predictable than the one before with fencing gear, ski masks, duct tape, tulle galore, animal masks, Disney characters, fluffies and distressed popular clothing brands... We could go on.

Read this next: New book takes a bold look at the global rise of Korean culture

It was truly a sight to see the epitome of a club kid through this collection. Unlike other shows, the music was controlled by boomboxes the models held on to as they walked the runway with an ending of t-shirts thrown in the air. 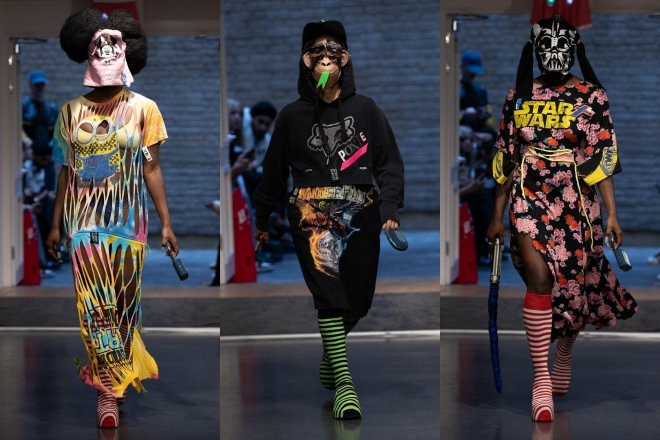 A newcomer to the runway of London Fashion Week is Rui Deng with her mystical and medieval motifs for her label RUIRUI DENG. Inspired by a Dutch artist that illustrates sins and morality, the designer encapsulates a surrealist feel throughout her ‘ARTHUR’ collection at London’s Carlton House Terrace.

Bringing us back to the Middle Ages, models walked down the runway in striking silhouettes with sharp panels, vintage-styled corsets, draping silk, heavily monogrammed statements and animal accessories carefully entwined through earthy tones. It was a fairytale story that unfolded before our eyes, ending with a romantic wedding in RUIRUI DENG’s whimsical dream collection. 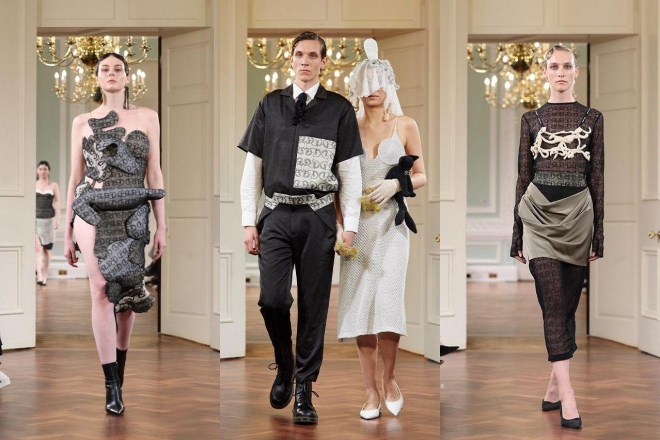 With one of the Big Four's fashion weeks still rolling out in Paris, we’re excited to see even more creative artistic flair that will unfold before the year closes (who saw Kanye's runway show for Balenciaga?).