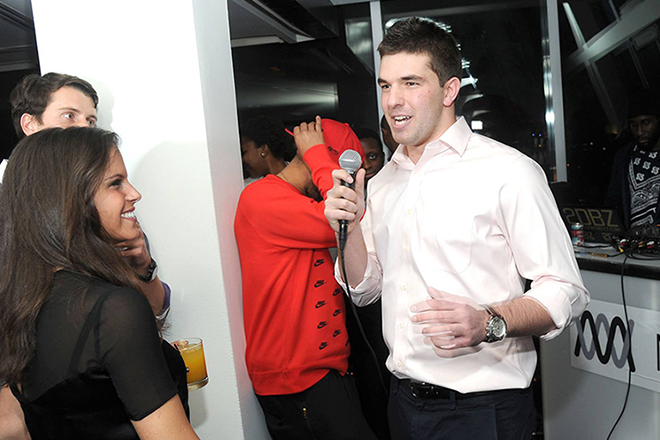 The government of The Bahamas has said that they “will not endorse or approve any event” associated with him in the country, according to TMZ.

Having recently been released from prison in May this year, McFarland had recently teased another event on social media in The Bahamas—a treasure hunt called PYRT.

In the Bahamian government’s statement, they also denied that Billy McFarland had made any application to promote an event. “The public is advised that no application has been made to the Government of The Bahamas for consideration of any event promoted by Billy McFarland or any entity or parties known to be associated with him,” it read.

Read this next: Fyre Festival co-founder Billy McFarland set to launch new event in the Bahamas

“McFarland was the organizer of the Fyre Festival several years ago, a notorious charade for which McFarland was convicted and sent to prison in the USA,” it continued.

The statement also described McFarland as a “fugitive”, and that anyone with any knowledge of where he is should report him to the Royal Bahamas Police Force.

Last week, McFarland wrote an apology letter to the Bahamian government. According to TMZ, it read: “I am writing to you to profusely apologize for my actions 5 years ago. I was completely wrong and I wholly regret my actions.

Read this next: Fyre Festival's Billy McFarland gets early release from prison

“My main focus is how I can right my wrongs and how I can make the Bahamas and Family Islands, a region I care so deeply about, whole again,” it continued.

McFarland spent four years in jail after pleading guilty to two counts of wire fraud and making false statements to a bank after the 2017 event on the island Great Exuma.

He has also been ordered to repay $26 million to his investors for the fraudulent venture.

Fyre Festival, billed as a luxury festival and the “culture experience of the decade”, was a disaster as thousands of attendees arrived to find leaky FEMA tents, wet mattresses and gourmet food consisting of cold cheese on slices of white bread.