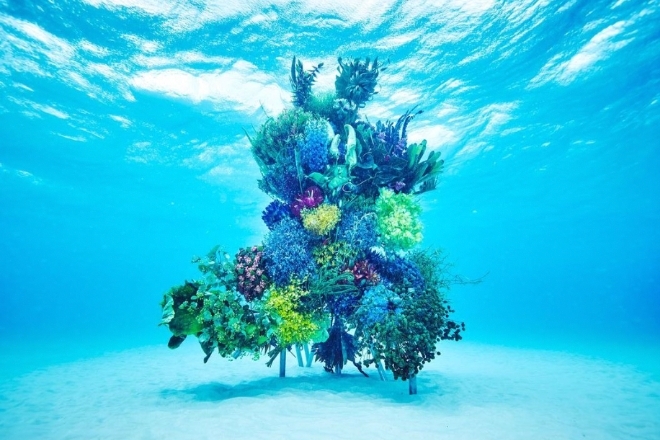 Japanese botanical artist Azuma Makoto has created art that explores the possibility of flowers, creating ways to experiment with them that are not bounded by the existing vase. Through his unique perspective, he conveys the relationship between humans, nature and, more specifically, the flowers themselves.

Makoto is most known for his experimental project ‘In Bloom’ that sees the artist place flowers and plants in somewhat unconventional places where they would not usually survive. He’s launched flower bouquets into space, preserved bonsai trees inside futuristic ecospheres, and set floral installations against snowy landscapes. 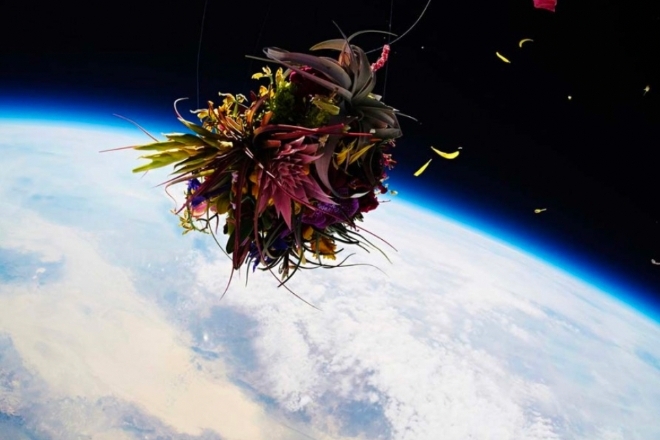 Read this next: Björk shares more details on 'Fossora' including release date and cover art

In his latest work titled ‘Botanical Sculpture × In Bloom project Sea #2’, Makoto sets an intricate botanical sculpture into the waters of Ishigaki Island, Okinawa, Japan, submerging flowers into the abyss of the deep sea for a second time — yes, he’s thought of and done this before.

To transport a variety of brightly-coloured flowers to the bottom of the sea, he along with local divers and fishermen wore their wetsuits and carried oxygen tanks to install the work on the ocean floor. 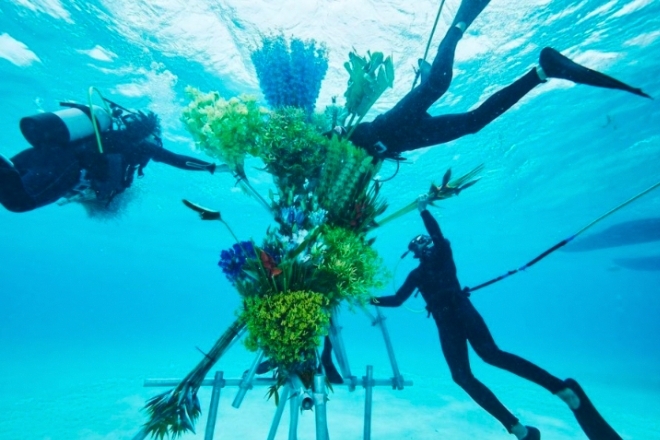 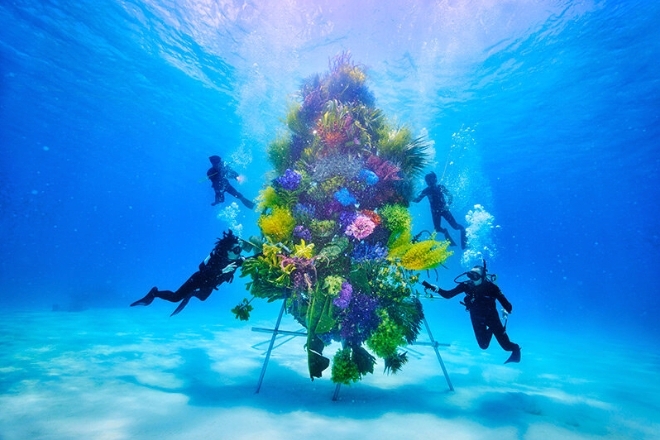 Moving to Tokyo in 1997, Makoto was originally pursuing a rock star dream. His admiration for the genre can be seen by including Japanese rock band Hakata CYCOS and American rock band Algiers to perform in his multisensory installations. However, he changed his perspective entirely when working in a flower shop and took a three-week trip in 2013 to the Amazon to source local plants and flowers.

Read this next: Sunju Hargun takes a hazy, ambient dive into unchartered waters

The striking structure and vibrant flowers of ‘Botanical Sculpture × In Bloom project Sea #2’ are already swaying with the ocean current, exuding a beautiful atmosphere. Eventually, the plants that normally need air, soil and sunlight will slowly change, leading to the rebirth of yet another phase of the artwork itself.