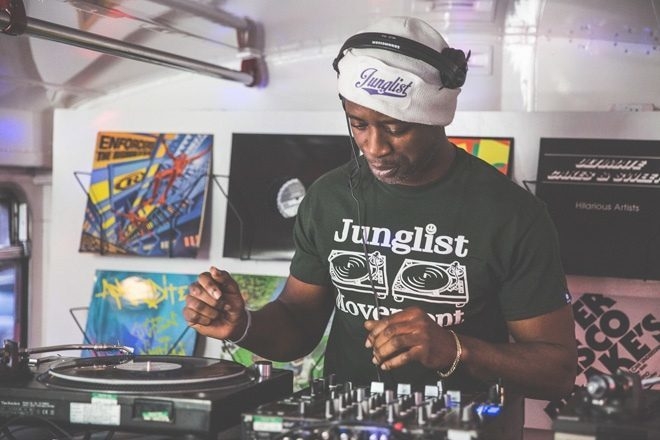 The record store scene in rave classic Human Traffic is so iconic, a bunch of the film's most memorable quotes come from Koop in his junglist movement T-shirt.

"I've got the Tarzan and Jane of jungle" and "it could turn Hare Krishna into a badboy" are just a couple of gems, with the buyers' request "Got any jungle in, guy?" is also a classic.

It makes sense then that Human Traffic Live at Printworks London in 2020 - a three-week takeover with parties, pop-ups, immersive live performance and a '90s-themed exhibition - will pay homage to the scene. As part of the Human Traffic Live campaign, the likes of Danny Rampling, Showhawk Duo and drum 'n' bass DJ and producer Chris Inperspective have all paid tribute to the 1999 film. For this, they played on a London bus parked up in the city, with the record store recreated in the vehicle.