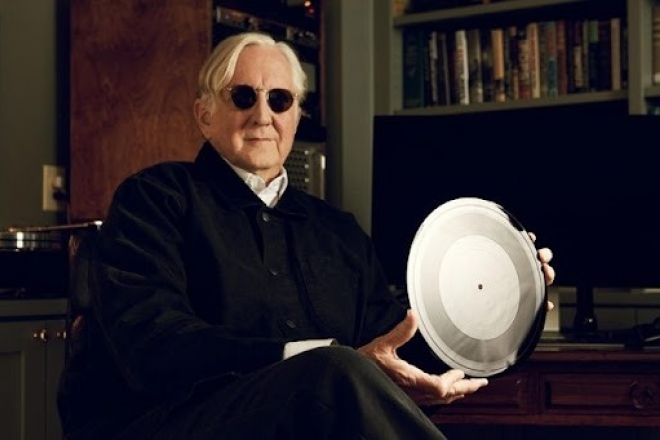 Using both lacquer and aluminium, Burnett claims that the sound quality of this analogue technology is greater than in all other formats - including digitally streamed music.

A sample disc held up by Burnett in the press photo looks very much like a shiny vinyl record.

Vinyl LPs are made of PVC (polyvinyl chloride) plastic and contain no metal. Polycarbonate plastic with a metal layer, generally aluminium, makes up standard compact discs. This combines aspects from both - Loudwire explains.

Loudwire claims it appears that the method combines contemporary vinyl production with how mastering professionals produce metal "stampers" (and test acetate discs) to press records. Stampers are primarily used as "masters" for duplication, and because they aren't produced in big quantities, and therefore don't reach many listeners.

Read this next: Is the vinyl resurgence actually helping dance music?

Speaking on the Ionic Originals, Burnett says: " [I have] developed an analogue disc that possesses a depth, resonance and sonic fidelity that exceeds that of vinyl, CD, streaming or any other means of experiencing recorded music.

"It is archival quality. It is future proof. It is one of one. Not only is an Ionic Original the equivalent of a painting, it is a painting. It is lacquer painted onto an aluminium disc, with a spiral etched into it by music. This painting, however, has the additional quality of containing that music, which can be heard by putting a stylus into the spiral and spinning it.

Variety reports that Burnett, a former Bob Dylan bandmate, says he's re-recorded some of Dylan's work for the new medium, though no release date has been set.

Beyond what was mentioned in the statement, representatives for Burnett and Dylan said there will be no new information regarding the Dylan project coming soon.

Read this next: The Weeknd creates limited vinyl run pressed on saw blade

Burnett has also since established NeoFidelity Inc - a new company - to record musicians' best tracks and create a distribution platform for Ionic Originals.