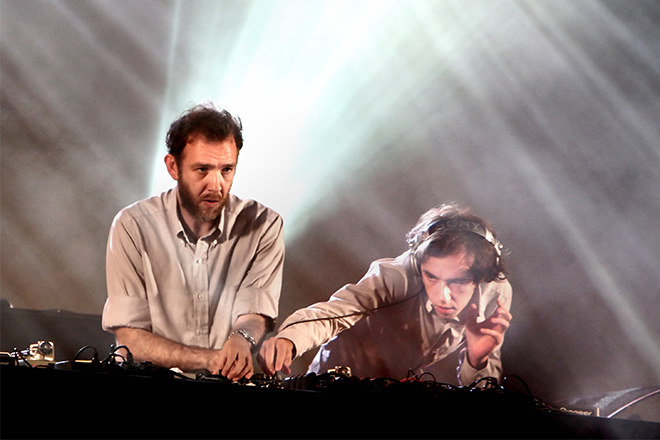 2ManyDJs (real names David and Stephen Dewaele), have revealed that David Bowie used to hang out and post on their online forum in the early 2000s.

He reportedly used to use his professional name, but the brothers originally thought that the poster was someone else.

Stephen told NME: “It’s still weird that we talk about Bowie as if we’d known him but we only met him once.

Read this next: Watch the trailer for new David Bowie documentary Moonage Daydream

“It’s pretty crazy, even now. He was even on the forum on our little website as ‘David Bowie’ asking us questions, and we thought he was someone else,” he continued.

The pair only realised that it was him when they actually met him. “When we met him, Dave [Dewaele] asked how much time he spent on the internet and he replied: ‘Don’t you see I’m on your forum all the time?’” Stephen said. “It seems like such a weird world now.”

The Dewaele brothers are known for being at the forefront of the movement fusing indie and dance music, commonly referred to as the “indie sleaze” scene in the early 2000s, alongside the likes of Erol Alkan and Peaches.

Read this next: Four Tet asks fans for cracked plugins on social media

They originally rose to prominence as indie band Soulwax in the late 1990s. As 2ManyDJs they released an iconic mashup album ‘As Heard on Radio Soulwax Pt. 2’, as well as make regular appearances at Alkan’s infamous Monday club night, Trash.

Stephen said that the pair only started DJing while on NME tours to pass the time. He told NME: “We were DJing on those tours because we were bored. It was in our DNA but we were trying to find out who else was interested in mixing indie with Daft Punk and all these other things.”

Bowie’s admiration for the brothers was certainly reciprocated by the brothers, who made an hour long mix of Bowie’s music, as well as an accompanying film under their Radio Soulwax alias. Take a look below:

2ManyDJs will be performing at the O2 Academy Brixton in London on December 17, as they re-release ‘As Heard On Radio Soulwax Pt. 2’. For more information and tickets visit here.