Hong Kong-based label b2 Music has just released the third volume of its hugely popular ‘Billboard Presents: Electric Asia’ series. Building upon the strength of its first two editions which yielded multiple top ten hits in China including a Steve Aoki remix of Jane Zhang’s ‘Dust My Shoulders Off’ and a collaboration between KSHMR and Chinese superstar Jason Zhang, the new album takes up right where volume two left off.

For star power, the biggest collaboration is on the Chinese version of the album with Dutch trance legend Ferry Corsten remixing Chinese DJ and producer Lizzy Wang’s ‘Seeking Your Love’. The remix is an audible trance-pop gift from Ferry to his Chinese fans. The track also features UK star Fredrik Ferrier from Made in Chelsea and is an album exclusive available only on NetEase Cloud Music. On the US edition of the album, Lizzy’s production is clubby yet radio-friendly and Fredrik Ferrier’s vocals are soulful and convincing on this memorable duet. 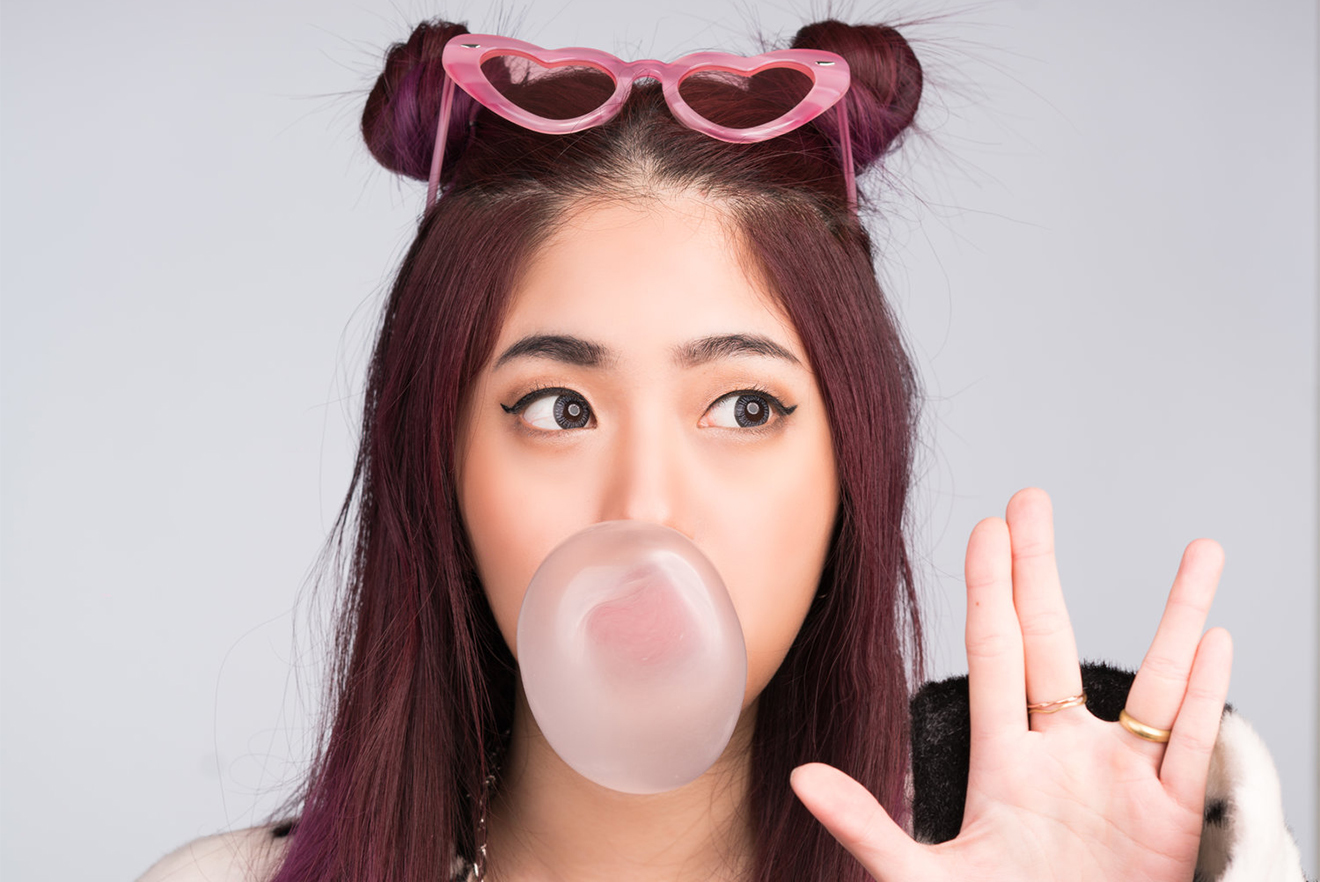 On an album full of highlights, another frontrunner is Japanese DJ iamSHUM’s ecstatic remix of Norwegian electronic duo Rat City’s ‘Kind of Love’ featuring Isak Heim. The original was a massive dance hit last year, and iamSHUM’s reworking takes it into a bass-laced, funky house dance floor beast that will be a get out of jail free card in any DJ’s set. Another big one is RayRay’s bass anthem ‘Outer Space’. Now a member of Yellow Claw’s Barong Family label, the Taiwan-based DJ and producer brings the noise with a huge dubstep track that is as funky as it is dark. 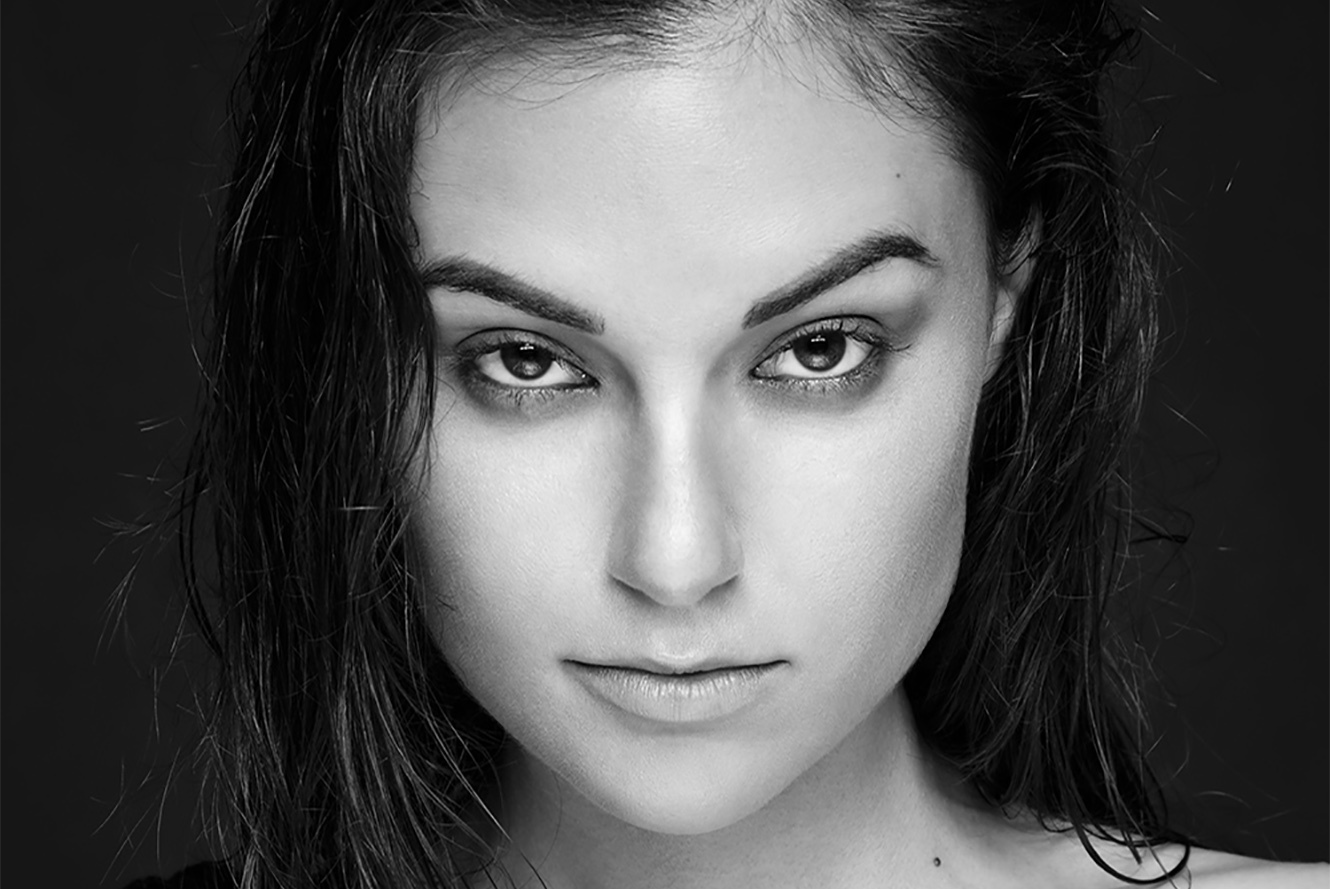 Keeping the pace is another album exclusive: Hong Kong producer SILVERSTRIKE’s remix of US actress, writer and DJ Sasha Grey’s sultry and exotic ‘Superman’. SILVERSTRIKE’s version takes us on a bass-drenched, shape-shifting trip with stops in California, Hong Kong and South Asia along the way. This track will have you hitting repeat to try and understand what just happened to you. 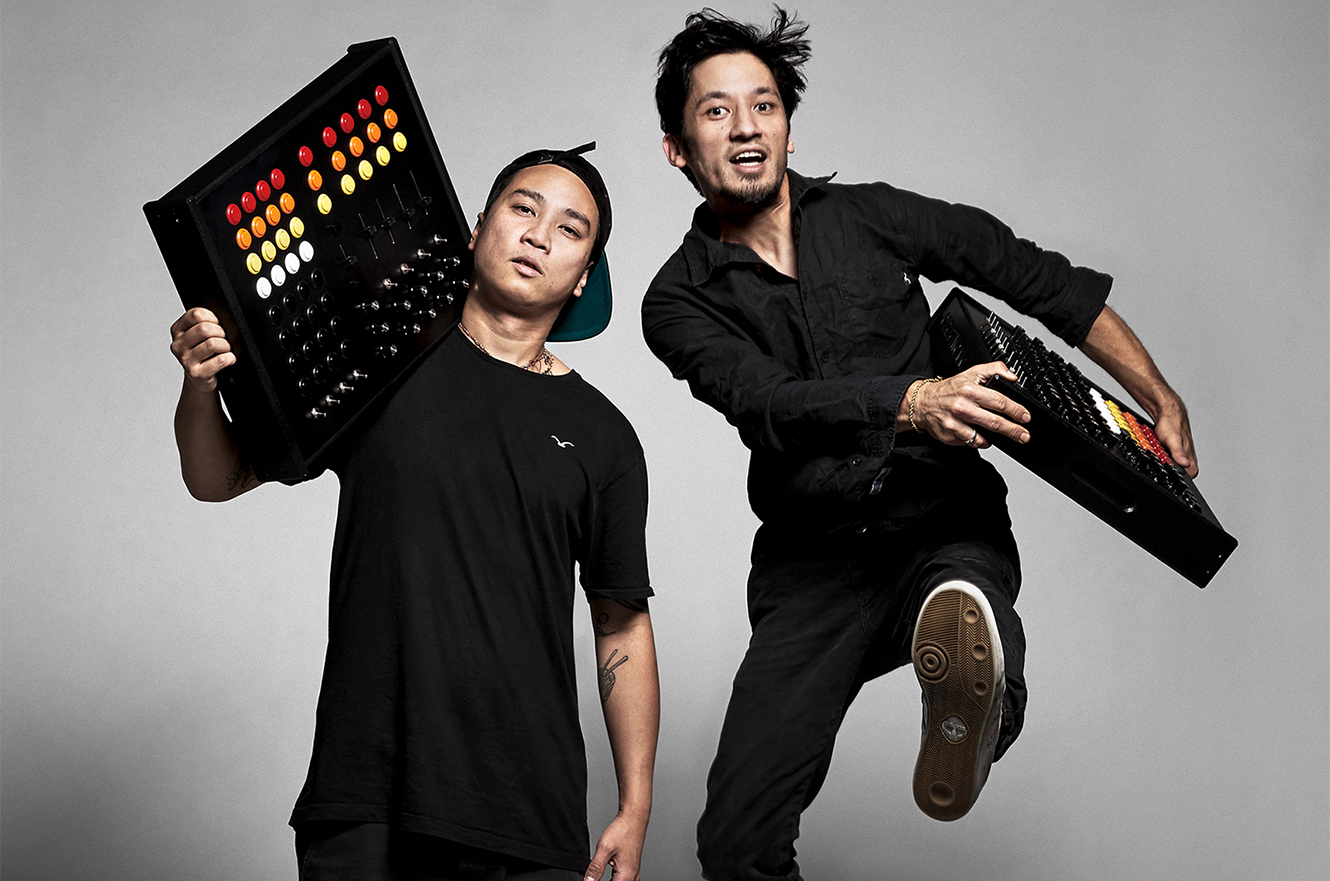 Keeping it in the world of bass, there are a few more tracks on Electric Asia Vol 3 that will threaten to blow your speakers in the best possible way. Starting with Symbiz, this Chinese by way of Berlin afro bass duo are completely unique: Buddysym’s beats are some of the hardest, most frenetic bass music you will hear, and Zhi MC’s lyrics are spit in machine gun Cantonese with a chanty catchiness that leaves you repeating them even as you wonder what the hell he just said. Their track ‘Faai Di' (meaning 'Hurry up') is pure uplifting joy and craziness, and the video (shot on location in Africa) is equally genre-bending.

Coming straight outta China are two more bass demons in the form of KINGCHAIN with his huge track ‘L.E.A.N.’ that has been tearing clubs up in the Middle Kingdom since its release last month, and ‘China Bounce Anthem’ featuring Ba$h Wu by WARZ, which is a filthy, heavyweight track guaranteed to piss parents off. 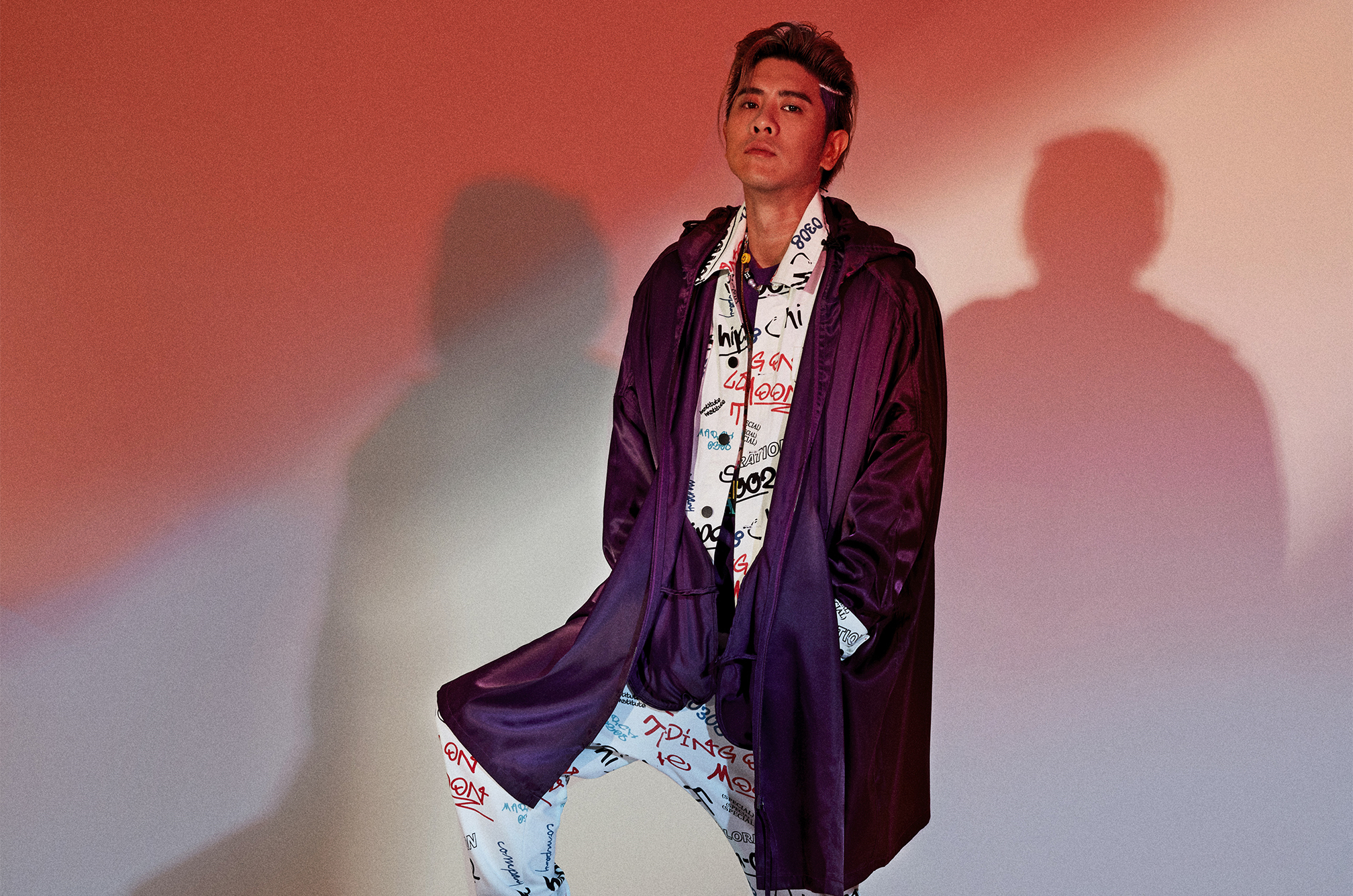 'Billboard Presents: Electric Asia Vol 3' is essentially an eclectic album that reflects on the many different scenes taking off across Asia. Counter-balancing the heavy bass scene dominating many clubs in China, Taiwan and Hong Kong, there are also smaller but just as vibrant scenes happening in private parties and secret clubs across the region – from Bangkok to Singapore to Jakarta. On the smoother side of things, the compilation also has chilled out tracks like Korean American TOKiMONSTA’s ‘Rouge’ from her Grammy-nominated album ‘Lune Rouge’, and Singapore-based Myrne’s painfully beautiful remix of Manila Killa’s ‘Skin’. These songs fall blissfully between chillout and downtempo and show the power of songwriting in electronic music. 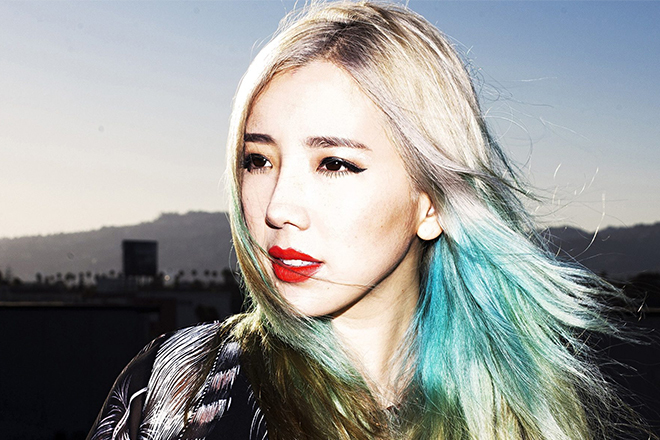 In the same vein, yet in a space entirely her own, is the album closer, ‘Always You’ featuring Rosina Kazi by UK/Indian artist RENU. The multi-talented percussionist, writer and producer has created a moody paean to love, through Kazi’s melancholic spoken words and her own layered, pulsing electronic track.


Another standout on Billboard presents Electric Asia Vol 3 is US DJ and producer BIJOU's soulful house gem 'Go With You' featuring SHIMICA, a straight-ahead dance floor winner built on familiar-yet-original sounding disco chords, a driving four to the floor beat and SHIMICA's acrobatic R'n'B stylings. And speaking of SHIMICA, her P$YCO Records is also responsible for the self-titled anti-girl group P$ YCO's tropical reggaeton-tinged 'I Don't Love You' and the soulfully voiced KAR$ ON's 'Fall In Love With Me'. Both tracks were produced by the Japanese-Filipina wunderkind who seemingly can do it all – singing, rapping, writing and producing out of her Hong Kong studio. 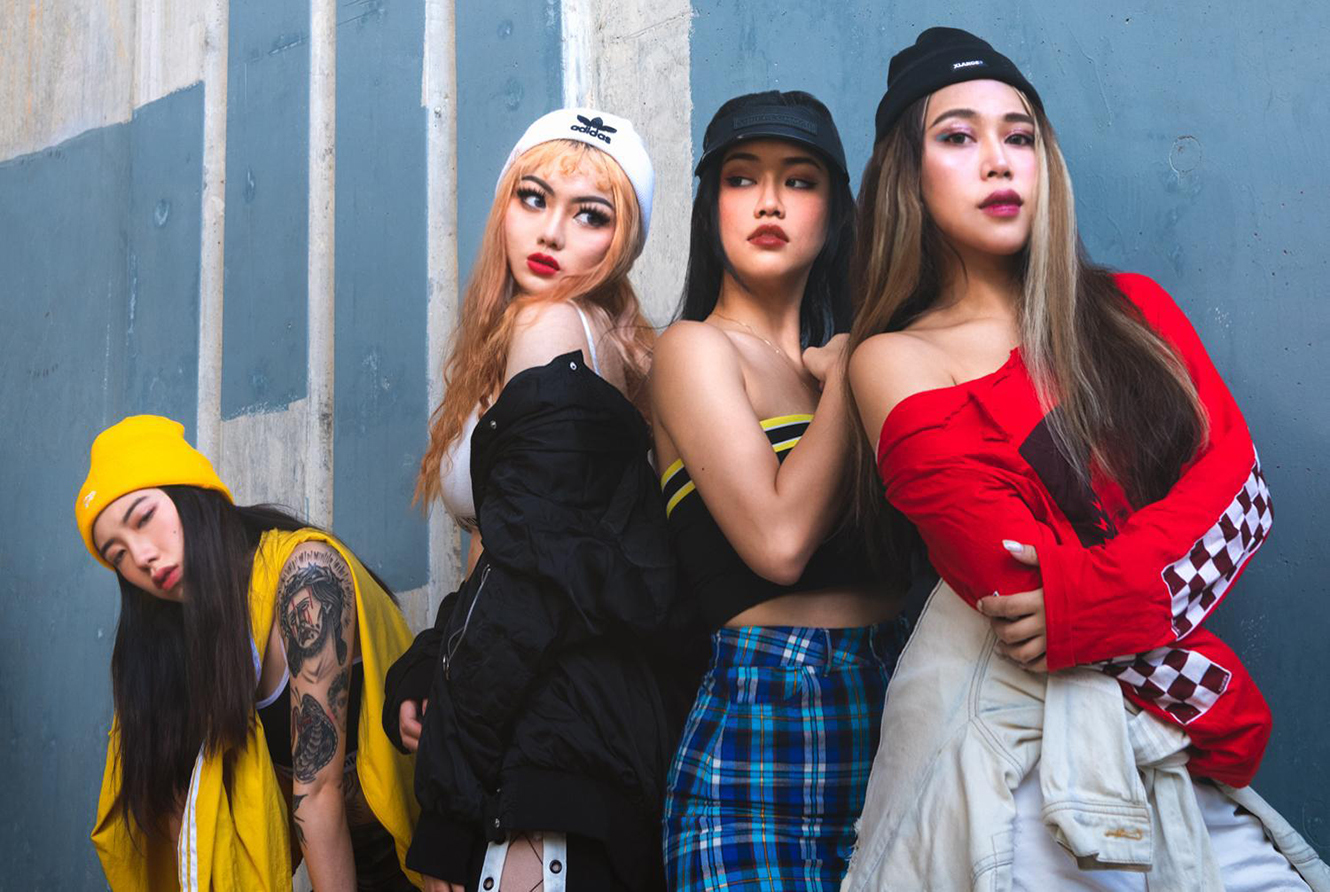 Two artists who exemplify the ethos of the Electric Asia series – that of expanding cross-border and international opportunities for Asian artists – are Singapore-based Rave Republic and Vietnam’s Hoaprox. Both artists are well represented here with album exclusive tracks. Rave Republic have dedicated themselves to breaking in the China market, and their track ‘Beijing’ is a testament to that. Through repeated shows in the capital, they have built a loyal Chinese fan base, and this album exclusive is a fine example of their big room, crowd-pleasing style. Hoaprox, who hails from Saigon has also toured the mainland extensively and recently signed with NetEase Cloud Music for distribution – a move that has paid dividends as his tracks have racked up millions of streams in China. His track (another exclusive) ‘Words of the Wind’ is an instrumental nod to Vietnamese folk music, with woodwinds leading the way on this hauntingly beautiful song that builds and builds until it surprises you with a tasteful yet hard drop – then Hoaprox reminds you of what he does best, which is creating big, melodic tracks that work in clubs or festivals.

Where once DJs from Japan might sell out top venues in Tokyo, they couldn’t get booked in say, Bangkok or Jakarta. Big names in China were previously never booked in Southeast Asia and had little opportunity to expand outside their home market. The thriving Asian festival scene has helped, but with their dependence on big international names, the balkanization of the Asian markets still exists. Just a few years ago, it was rare for an Asian artist to collaborate with a big western star, much less an Asian one. But with dedicated projects like Billboard Presents: Electric Asia, b2 Music continues to push the scene forward by creating not only international collaborations but also Asia regional hits.