In 1987, Shinichiro Yokota made his way to the neon-lit Tokyo ward of Shinjuku to battle it out in the All Japan DJ contest. The golden age of American hip hop was saturating Japanese radio at the time, and aspiring turntablists would congregate at these events with imported vinyls to scratch and mix competitively. Several years later, he arrived at another battle expecting to encounter more rap music rivals, but it was there that he found a friend: Soichi Terada. Together they have become two of the defining musicians of Japanese house music.

“Terada performed an original production. I was very struck by it. I thought his live performance was very impressive and interesting,” recalls Yokota of that fateful meeting. Soon after the conception of their friendship, Terada introduced Yokota to house, the genre of music that would drive his future musical career. The duo’s house earlier productions hark back to the hip hop zeitgeist of the time, exemplified by their employment of breakbeats and an instinctive ear for the perfectly catchy vocal sample. Since he doesn’t speak English, Yokota selects his samples purely based on their musical quality. “I don’t always understand the meaning, but that doesn’t matter,” Yokota said. “What I do understand and listen for is the ‘hibiki’,” he explains, using a Japanese word that describes the feeling of a sound.

His most famous production, ‘Do It Again’, epitomises this approach. It samples a woman’s voice from Derek B aka EZQ’s light-heartedly boastful ‘80s UK hip hop track ‘Good Groove’ asking “Hi EZQ, it’s me Sarah Jane, I was wonderin’ if you’d like to do it again?”, warping the refrain from alluring to enchanting to mingle with the track’s evocative melody and chords.

The track was produced at a time when Yokota was just beginning to get into house music, when he had turned to Terada for mentorship, which turned into a creative partnership, and then lifelong friendship. The duo lived just a short drive’s distance away from each other in Tokyo, and Yokota drove every day to Terada’s home to watch him make tracks and learn how to use his equipment. “He had every type of musical equipment in his home,” Yokota recalls “He really inspired me, and I purchased more gear for myself too.”

Like the DJ battle where they met, that track could have also proved a point of rivalry for Yokota and Terada, with a YouTube upload with the play counts in the multi-millions incorrectly credited to the latter — but instead it represents a strengthening of their bond. “This song was made for Terada,” Yokota says, explaining the miscredit is not a point of contention. “It was because of Terada that the music became popular around the world,” he says, referencing a 2015 Rush Hour reissue compilation of Terada’s label Far East Recording that featured ‘Do It Again’ and brought increased international attention to their productions. “I did produce the music myself, but it was made popular because of Terada. The name [on that YouTube upload] is incorrect, but I think of it as something we did together. So I never thought about changing the name. I have never wanted to say that this is my song.”

That attitude of modesty has also formed the basis of the Japanese house sound Yokota has been instrumental in co-developing, which favours simplicity over extravagance. “In the ‘80s, there weren’t many programming options available for the synthesizer,” he says, noting this is an approach he has maintained through the technological advancements that offer endless possibilities for artistic creation. “I don’t like to be messy, adding a lot. I still like to use around five to eight elements, rather than adding a lot of chaos.

Read this next: The Amazing History of Shinichi Osawa: Unpacking 3 decades of artistry by Japan's humble hero

“Maybe this is influenced by Japanese culture and painting,” he reflects, referencing “how old Japanese art - other than the Edo period - uses only five or six colours, it was very simple. Japan’s instruments are also comparatively simple: the koto, shamisen, tai, and fue. There are not really very noisy instruments, and putting those simple instruments together creates a very beautiful sound. Japanese art and instruments can be similar like that, and Japanese food as well—simple and beautiful, without too many components.” 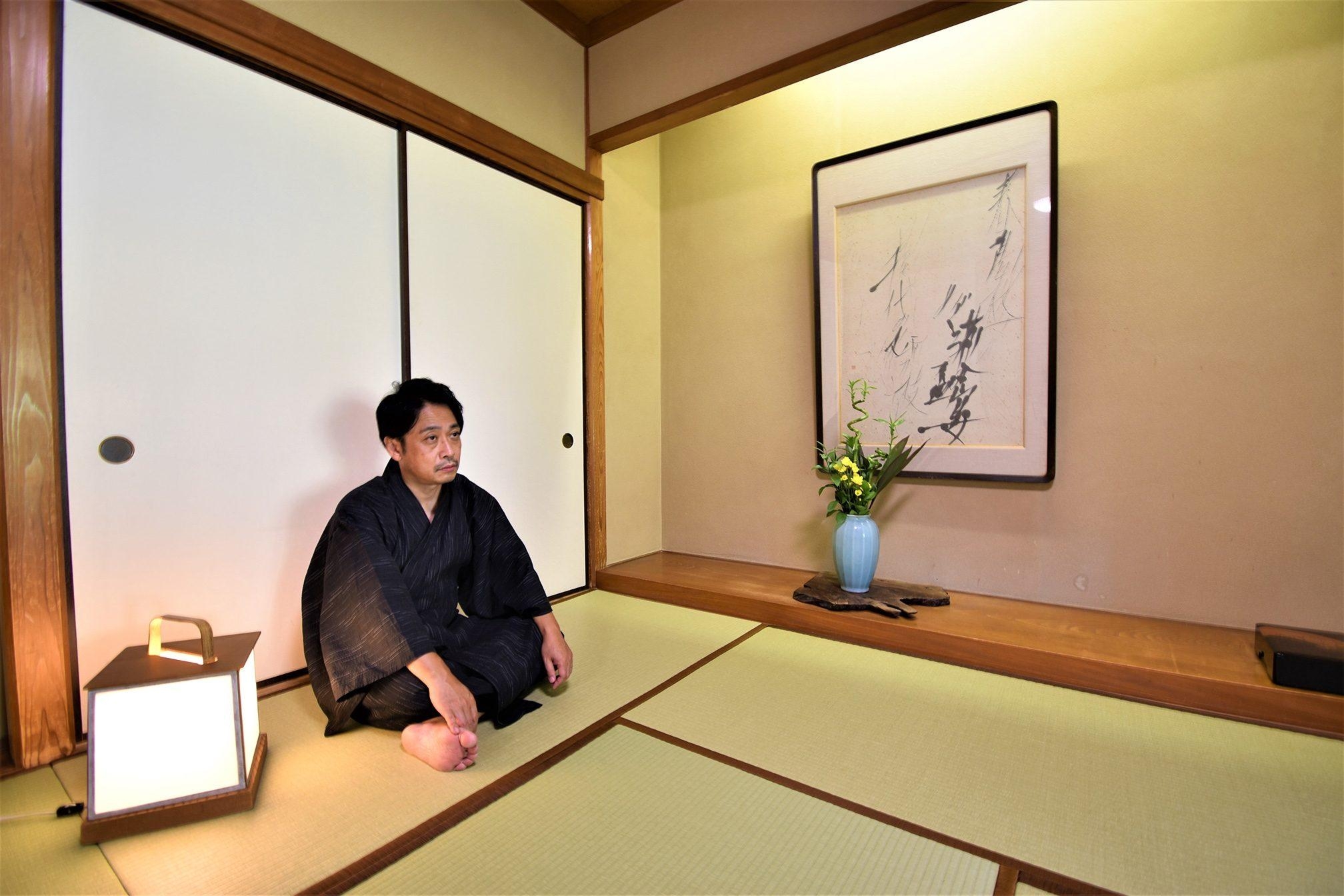 That said, Japanese house remains rooted in its American origins. It’s no surprise that the very first house track that Yokota recalls Terada showing him, and which struck a particular chord, was by Lil Louis. “Lil Louis’ house music is very simple: using only drums, bass, and synthesizer, with touches of jazz and a strong rhythm that is good for dancing,” Yokota says. “I began to think—how can I recreate that kind of simple music?”

Now, some of the world’s most vital house music today has emerged from Japan: see Ko Kimura, who helped introduce the genre in the country in the mid-'80s; Satoshi Tomiie, who co-produced the seminal track ‘Tears’ alongside Frankie Knuckles; and DJ Nori, who held a residency at Paradise Garage and brought the sounds of US house back to Japan. But when Terada and Yokota launched their label Far East Recording in 1990, house music in club culture was practically non-existent in Japan. Most people didn’t have a concept of what house music was, and there were very few releases from local artists. “If you talked about house music in Japan during that time, even recording companies often didn’t know much about it,” Yokota says.

Perhaps this explains why the label’s eponymous first album, ‘Far East Recording’, initially only penetrated select circles in Japan. In fact, Terada had boxes and boxes of unsold records at his home, which he used as furniture to eat his dinner off of. This may also, in part, be due to Japan’s geographical isolation. Until the internet came along, the homogenous country was largely off the West’s radar, and perhaps for that reason, has not been written into the history of dance music as often as Detroit, Chicago, Berlin, or London.

Read this next: The Other Half: Yagi Kazutaka unravels the inner workings of Japan’s music scene

While Terada continued to release music into the millennium, Yokota found himself disenchanted by technological advances in music-making. “When I first started making music, equipment was very expensive. When I wanted to replicate certain sounds, they would not be easy to find,” Yokota says. “But so much new equipment became very accessible in the millennium. Whenever you wanted to find a sound, it became so easy. Anybody could do it. So I lost the motivation to make my own music.” He largely took a break from producing and releasing for the next two decades and fell off of the Japanese music scene, turning his focus to raising his children and running his own custom car parts company, Night-Pager, with his wife.

It wasn’t until DJ and producer Hunee compiled ‘Sounds from the Far East’ for Rush Hour in 2015 that global fans were finally awakened to the talent of the two artists. Reinvigorated by the support, Yokota has since released four albums, including his first solo album, ‘Do It Again And Again’, which comprised of unreleased songs produced in the late '80s and early '90s, and the impeccably produced ‘Ultimate Yokota 1991–2019’ on Japanese label Sound of Vast, an era-spanning collection of music from Yokota’s career that had never been pressed on vinyl before. 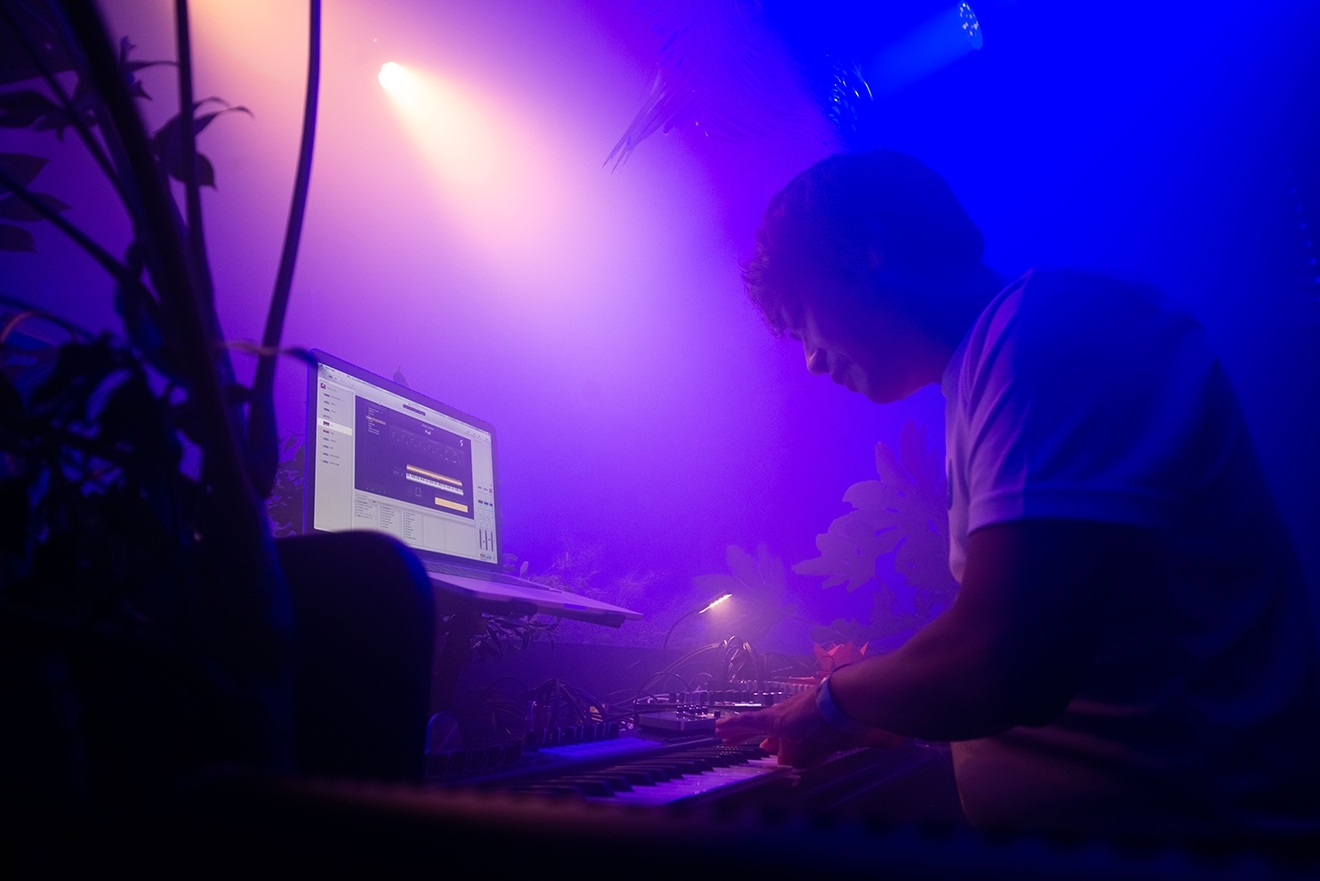 Though requests have subsequently poured in from renowned institutions across the world for Yokota to perform his music, he continues to turn them down out of dedication to his car parts company. His resolve is starting to wane, though. “To be honest, I do want to play abroad... I don’t take these opportunities for granted. But the problem is, if I go on tour for one month and don’t keep up my business, then I will lose customers. So I can’t do both of these things well at once, both my business and music, at least one of them will suffer. This is a struggle for me,” he says. As offers come and go, Yokota says he does hope to one day be able to perform overseas. “I’m still working through this struggle about balance—When can I go? Will my business suffer? So I still haven’t gone. But I’ve been thinking about it.”

This struggle, however, has not prevented Yokota from continuing to perform in his home country of Japan, including a recent set at Contact Club in Dogenzaka, Shibuya, which last month was closed down alongside Vision club to be replaced by a shopping centre. But Yokota says that travel restrictions inhibiting foreigners from travelling to Japan have changed the reception of his live sets. “Before corona, the crowd was around 80% foreigners and there were not very many Japanese people. This time there weren’t really foreigners and it was 80% Japanese people,” he explains. “When foreigners came it was very lively and boisterous, but now the crowd is much smaller and quieter.”

Yokota also continues to make music from his home, including the release of his latest album last November, ‘Tokonoma Style’, which consists of 12 tracks that traverse house, techno, pop, funk, and hip hop, made using an AKAI S1100, Korg M1, and Sequential Prophet-5 from the early '90s. He has also spent the past year collaborating with other musicians, including D49, a Japanese minimal noise group, and J-pop singer Rinapon, as well as artists abroad. “When corona came, I was still able to collaborate with Japanese musicians and international musicians because everyone was on the internet and we were sending each other music,” he says. “Everyone was like—let’s collaborate.”

And his friendship with Terada continues to deepen as they work on a 30th anniversary album release for Far East Recording. “We’ve been friends now for nearly 30 years, sometimes making music together, sometimes having a meal together, and sometimes just chatting,” Yokota says. “Terada is five years older than me, but we’re very close—he’s like my musical older brother.”

Yokota’s personal optimism for the future of house music boils down to his old-school method of creating simple but sophisticated music with only the essential elements at hand. “In today’s world, there are so many options for music-making that are really not necessary,” he says. “I want to focus on making simple music, just like Lil Louis—drums, bass, synthesizer, and maybe some vocal tracks. I think you only need four or five elements with a bit of programming to make quality music, just like what was available in the 90’s.” As the saying goes, less is more. But when it comes to Shinichiro Yokota’s timeless, classic house, we’ll always be wanting more.