In May, Magnum brought together DJ/producer Peggy Gou and legendary pop star Kylie Minogue to create ‘Can’t Get You Out of My Head (Peggy Gou’s Midnight Remix)’ — a rework of the 2001 Kylie classic made as part of Magnum's #ClassicsRemixed campaign and the release of the Magnum’s Remix range; a new crafted collection of twice dipped duo ice cream.

The track is accompanied by a vibrant, Y2K nostalgia-tinged music video which features well-known moments from Kylie's original; think the hooded white jumpsuit, the drive through the streets in a yellow De Tomaso Mangusta. Weaved in with footage and reworks from the original video are several references to Korean popular culture — a nod to Peggy Gou’s hometown, a huge influence on her sound. The aim of the video was to create a supercharged and rearranged remix, combining noughties nostalgia and Korean culture, highlighting just how interwoven the arts are becoming in the globalised, digital age — to show the world that Classics Can Be Remixed.

“Having the chance to bring together two big stars of popular culture, the icon that is Kylie Minogue and the freshness that is Peggy Gou, to prove that classics can be remixed has been such an enjoyable process,” said Tomás Ostiglia, Executive Creative Director at Lola MullenLowe Madrid. 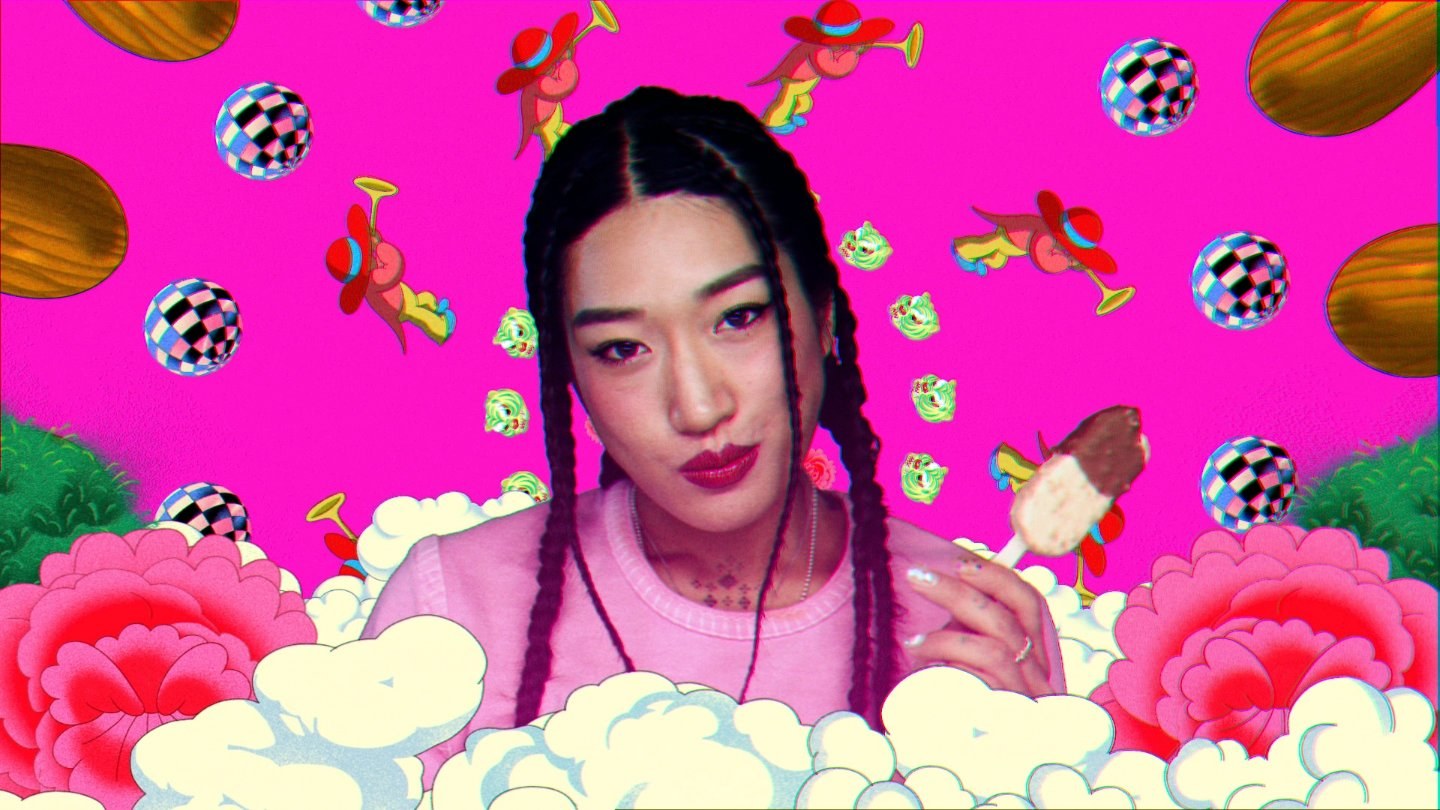 “I remember when the original video came out,” said music video director Tim Brown. “So it was exciting to be able to get our hands on it and create a whole new look and feel.”

The video starts off with Peggy Gou herself sitting in a dental chair and awaiting examination. She’s then met by a dentist and dental nurses, and a Magnum Ice Cream stick is used to inspect the inside of her mouth. Viewers are then transported into her head as a ringing sound gets louder and louder, triggering the start of the bouncy rework track as they journey inside Peggy’s head.

The video is filled with illustrations by Seoul-based artist Seo Inji - and these eye-catching images are paired with visuals from the 2001 video to create a whole new world in which Kylie and Peggy exist side-by-side. As the viewer is sucked into the head of Peggy Gou, they’re introduced to a familiar Kylie Minogue driving her yellow car, with Peggy edited into the passenger seat, against a backdrop of Seo Inji illustrations.

Tim said: “After establishing our own live-action world and the transition into the head of Peggy, we had the chance to collaborate with the Korean illustrator Inji Seo. We wanted to riff off the original structure with 4 main backdrops. Inji helped design these fantastical illustrative worlds and then we brought them to life through animation.” 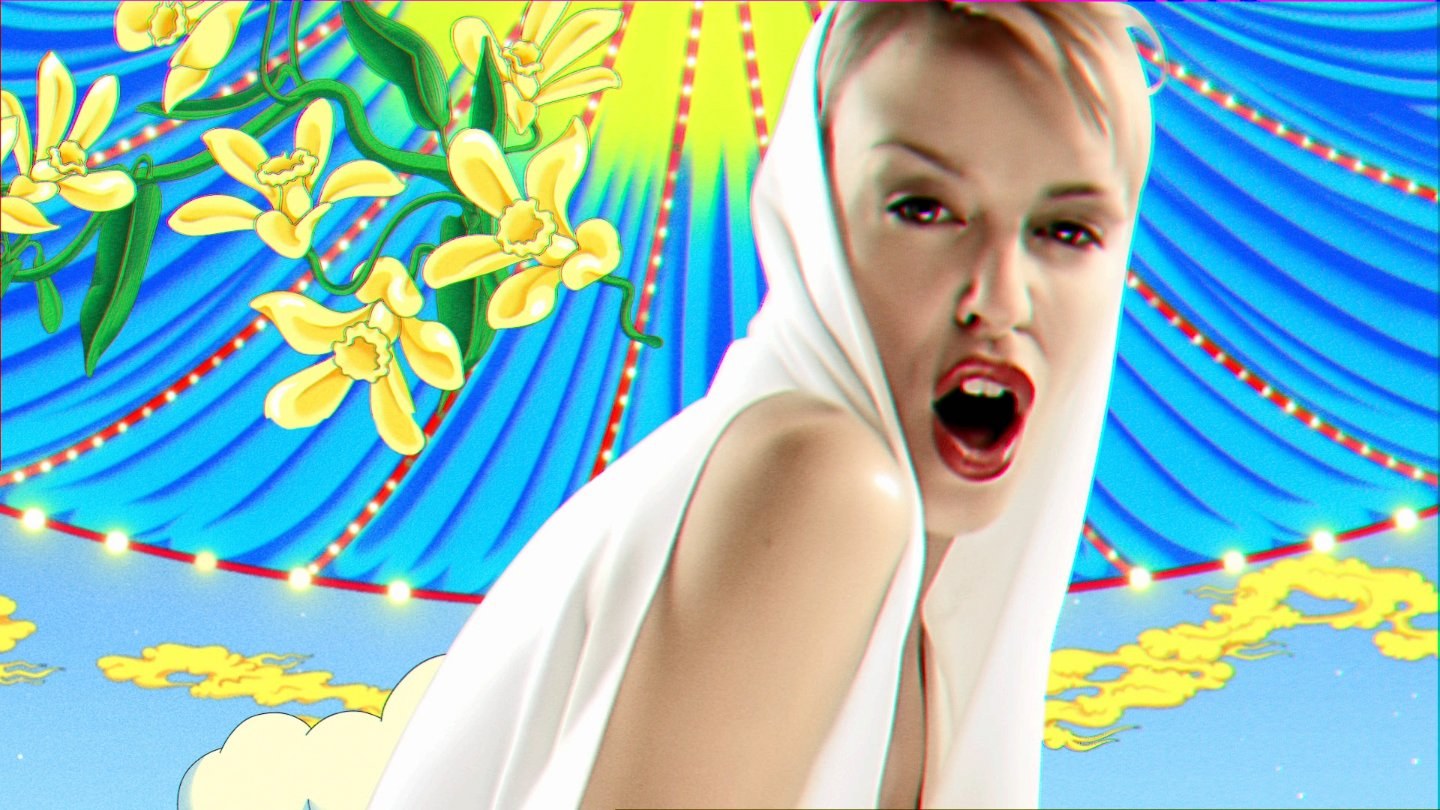 “We were really excited to build out a bit more of a narrative with Peggy by designing this new-age abstract medical space,” he continued.

“It was interesting mixing these two worlds in the video. When the nurses transitioned into dancers, this was a really fun moment on set. Even our doctor character loved the remix and gave us an impromptu dance routine!”

Technique-wise, Tim reiterated that advancements in technology between 2001 and the present have allowed for experimentation between ideas from the past and the present methods. “It was really interesting working with the original video from back in 2001,” he says.

“It definitely has a built-in look to it, and I don’t think the video was ever put in HD, allowing us to embrace this mixture of styles through the remixed music video. It was a chance for us to really throw all the tricks at this one with a huge amount of rotoscope, 3D and 2D animation, cell animation, and character design.”

The #ClassicsRemixed campaign aims to bring together pleasure seekers from all over the world to indulge in music and discover what brings them true pleasure — all to mark Magnum’s Remix range; an expertly crafted and rearranged collection of twice dipped duo ice cream, inspired by the classics.

Watch the full video for yourself below.