Darker Than Wax may very well be Asia’s most active independent music label with a current team of 7 (including Marcus Rosario aka Mawkus in New York, not pictured here) managing day-to-day operations and a catalogue of releases that extends far beyond what we’re featuring today. With the element of soul being the only ultimate qualifier for music released by Darker Than Wax, the Singapore-based label puts out music that can range anywhere from house-boogie inspired sounds, experimental beats to other worldly frequencies. They are also by no way limited geographically to Asia and have branched out to connect with artists and organizers worldwide like in Europe and Brazil, also receiving a nod of approval from artists like Gilles Peterson.

Stepping away from music, as a brand Darker Than Wax also cite influences in arts, club culture, spaces, shadows and architecture and they recently celebrated their 5-year anniversary with a first foray into fashion. The result was a collaboration with CASIO G-Shock on a special edition watch, a thumb drive of music from the label and parties in Singapore and London. We spoke with label managers Dean & Kaye on the perils of running a label in this part of the world, their different approach to A&R and the potential for an upcoming urban festival by the label as a brand.

How did the label start?

Kaye: The story I tell most people is that it was partly born out of frustration, that even though our music was well received by the international community, things never quite qorked out in terms or record deals. So one day we thought, hell, just do it ourselves! On a deeper level though, it’s also a reference to vinyls, popularly known as wax. And a lot of obscure music can be found on wax. And for example, when you dive deeper into the sea, it gets darker. So it’s also a statement about digging, going deeper, learning more.

Dean: Kaye can’t have put it in a better way haha. But also for me, the imprint is really an idea of a lifestyle, beyond the confines of a traditional label, or how traditional labels are built upon. In a way, I was very curious to see if we could launch a platform that can be this ever-changing tapestry of ideas that constantly evolve and adapt to shifting times.

What is the ethos of the label and the music you release?

Kaye: No matter the genre or the sub genre, it needs to have soul. Maturity and depth are a bit more abstract concepts, but we try to look out for those qualities as well.

Dean: To expand on that point, the groove and rawness are two very key ingredients in what we look out for.

Why is Singapore the perfect home for the label?

Kaye: There was nothing intentional about choosing Singapore – we just all happened to be based here. That being said though, it has worked out for us because the infrastructure here is strong, and there is a consistent, healthy flow of DJs/bands/producers from around the world that come in for gigs, and that gives us more opportunity to hook up and network without leaving the country!

Dean: Singapore has a great geographical advantage. Close to most parts of the world, and it makes planning for overseas shows for us a lot more affordable and easier.

What have been your proudest moments with the label?

Kaye: The collaboration of G-Shock definitely has to be up there. Being the first music entity / label / collective worldwide to collaborate with G-Shock on a custom watch is a huge honour. And having huge musical personalities like Gilles Peterson and Lefto, amongst others, sit up and notice the music coming out from us is wonderful as well.

Dean: We have had shows in Brazil, different parts of Asia, and Europe as well which constitutes a great part of our fanbase, so all these moments really cement and define the amount of time invested in the label. DTW also had a little takeover on BBC 1xtra earlier this year in March, and personally, being invited to a guest session at Gilles’ Brownswood studio to represent DTW was a great highlight!

The label is quite broad as far are artists, genres and releases goes. What goes into the selection process?

Kaye: As I mentioned before, that element of soul is extremely important. Other than that, it really comes down to how a particular artist’s music resonates with us on a personal level. If someone else from the team discovers an artist and feels really strongly about him/her, we’re open to that as well.

Dean: Talent and skills aside, I would way the personality and work ethics are two very important things that I look out for. Especially the latter, as I believe talent can only take you that far. It’s all about being disciplined.

Usually labels are associated with one type of sound but Darker Than Wax is known for diversity. What is the one thing that all artists and releases on the label have in common that is unique and defining of ‘Darker Than Wax’?

Kaye: Again. S.O.U.L. And your music also needs to stand out from the rest. There’s so much music coming out these days and the number of demos that get dropped in our email is mind boggling, but I have to be honest and say that a lot of it is very generic and trendy. For example, so many people are making that chill Trap / RnB sound, and it all almost sounds the same. After you listen to 5 demos with that sound you kinda just want to trash the whole remaining lot.

Dean: One of the unique things that define the artists and releases on the imprint is that unspoken spontaneity and energy in the music. It’s really quite fascinating because I can’t find the best way to describe it but when you listen to all of them, they all somehow make sense together.

How much effort do you put on promoting regional artists from around Asia?

Kaye: We promote everyone the same way, doesn’t matter if they’re from Singapore, Asia or beyond. That being said, it’s a continuous struggle because we don’t engage PR companies who have a lot of muscle (and cost a bomb) who can flex their way into all the prestigious sites, magazines or DJs. So it’s still very much a grassroots level kind of effort. Baby steps I guess, but we’re definitely making some headway now. 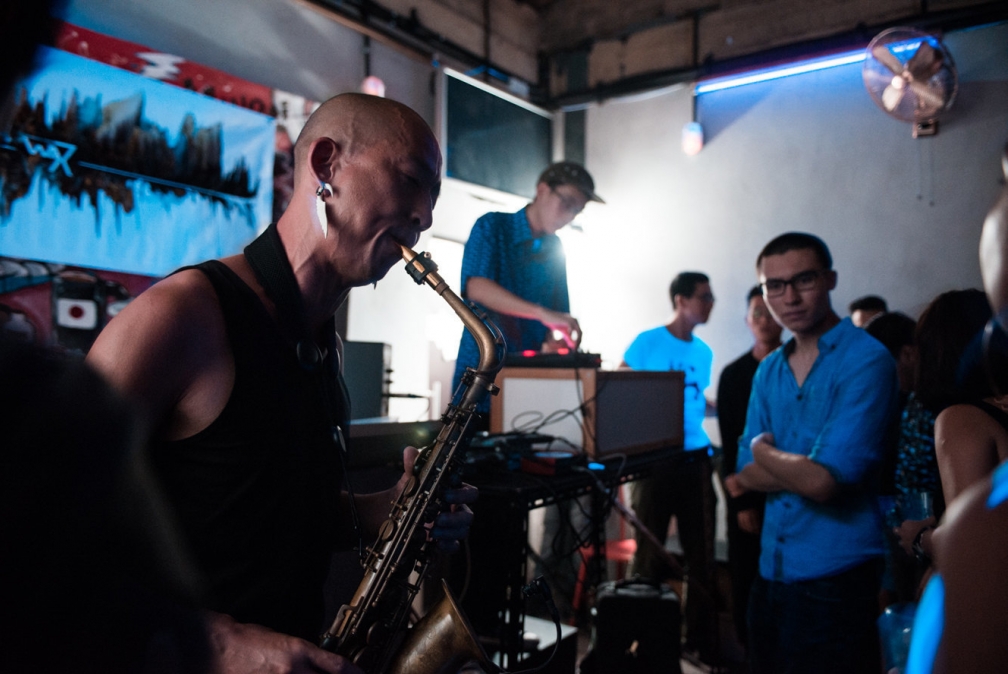 Why do you think there are so few DJs and producers from around Asia that are getting themselves and their music out there to the international music community?

Kaye: I think there are actually a lot of DJs and producers in Asia – they’re just not given the light of day because very few labels pay attention. Which is hopefully where we come in because the bigger we grow, the more (and better) mileage we can provide for our artists. It is still an extremely Western dominated scene, after all.

Dean: Well, I think it’s always an issue of confidence and self-belief. We don’t have a matured system or industry in place that could support artists from this side of the world, and to a huge degree, if you don’t have the tenacity to push and do it, chances are that you probably would only circulate your content within a very small community. This is why I am very driven personally to prove that wrong with DTW.

What are some of the challenges that come from running an international label out of Asia?

Kaye: Being a very Western dominated scene, sometimes it’s hard to be part of the international community because we’re halfway round the globe away from everyone else. For example, organizing a tour in Europe is just logistically and financially a lot harder because of the obvious extra costs involved, compared to if we were based in Europe organizing the same tour.

Dean: It’s the lack of proximity to liaise and link up with radio stations, selectors, promoters or people who generally work in different sectors of the industry. I mean if you look at London, Tokyo, NYC, L.A, or any of the major cities, it’s much easier to connect and meet face to face. That is so crucial for any aspiring label to grow and it’s a lot harder where we are to have access to that.

How did the collaboration with CASIO come about and could there be future ventures into the world of fashion or other cultures outside of music?

Kaye: It was a bit surreal because we met the assistant GM of Casio in a club setting – he happened to come to one of our nights based on a recommendation by a common friend. He started coming more to out parties, got to know each other better, and things just kind of naturally evolved after both parties got to understand a bit more about each other’s brand ethos. We figured mutually that it would make for a good collaboration!

We’re always open to working with various disciplines and industries. We’ve done the G-Shock, been featured by Adidas, got the chance to “remix” or pair of Dr. Martens shoes….bring it on!

Dean: I am always been influenced by the arts, fashion, architecture and more so in a way, this collaboration is a natural extension of what we do, and I have a good feeling it’s only going to open more doors.

What’s next for Darker Than Wax?

Dean: An urban DTW festival for sure.

10 key releases by Darker Than Wax 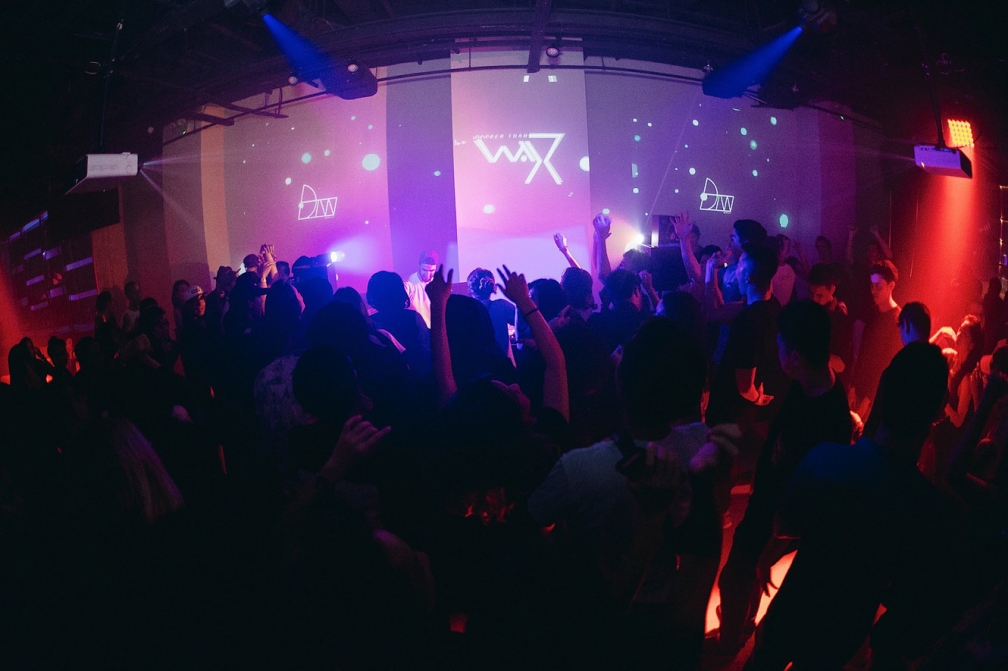 "One of our biggest sellers and still sounding very fresh today."

"Dean and I produced as Cosa Nostra for the longest time and this was our debut release ."

"Monster release from one of our most talented artists."

"Our first ever vinyl release in collaboration with French label Cascade."

'Our first band signing, and incidentally Singaporean as well."

"This one got massive support from big names like Gilles Peterson and Lefto."

"This is the compilation that will be included in a custom USB thumb drive when you buy our DTW x G-Shock watch."