It's always a pleasure to talk to someone who has a deep love of jungle. But when that someone is Red Hot Chili Peppers' John Frusciante, it's near-bewildering. The often-psychedelic-leaning guitarist has made no secret of his passion for electronic music, an interest he accredits to Kraftwerk and to his wife, DJ and dublab-regular Marcia Pinna (AKA Aura-T09), who in his words is "one of the people who's keeping the LA scene going.” When he's not busy touring as the lead guitarist of the Chili Peppers, he's known to frequent the odd jungle rave. I ask who inspires him, and he lists off a whos who of underground legends: Autechre, DJ Funk, DJ Assault, DJ Deeon — his eyes particularly light up on the mention of footwork legend, DJ Rashad. “As I've developed as an electronic musician, I'm fascinated by people who can say more with less,” he notes. On the production side, Frusciante occasionally records under the electronic pseudonym Trickfinger on label AcidTest — becoming renowned for a particularly unique trick of using his guitar to emulate synthesizer melodies. His killer 2020 solo LP ‘Maya’ — released on Venetian Snares' label Timesig — sees him dive head-first into full-blown breakbeat science, with a side order of Autechre-style electronica.

"I don't make a lot of money for my electronic music," he says. "I probably spend more on gear than I've ever made but I did nothing but electronic music for about 12 years before I rejoined the band [in 2019]. It's definitely a full-time job being in the Chili Peppers. Really, the Red Hot Chili Peppers is the only real ‘job’ I've ever had in music.”

Read this next: Goldie: “People never give props to drum 'n' bass for what it's done for electronic music"

So where did this all begin? “When I was a little kid, I found an Emerson, Lake & Palmer record in my parent’s collection,” he explains. “It starts out with all these weird synth sounds and I didn't know what the hell was happening! It was very exciting for me. But synth-pop: to me, that really starts with Kraftwerk. It's a different sense of melody than regular pop music — It's more mechanical in a sense."

"It's got a lot of heart, it's just different to the type of heart you find in '60s pop music or early 70s pop music, It was a brand new road. I think people have followed the train, but most electronic music still has its roots in Kraftwerk in a lot of ways. But then, it also has roots in the riffs of Jimi Hendrix — Jimi was playing with signal processing and creating all kinds of motion with music that people weren't doing before that.” 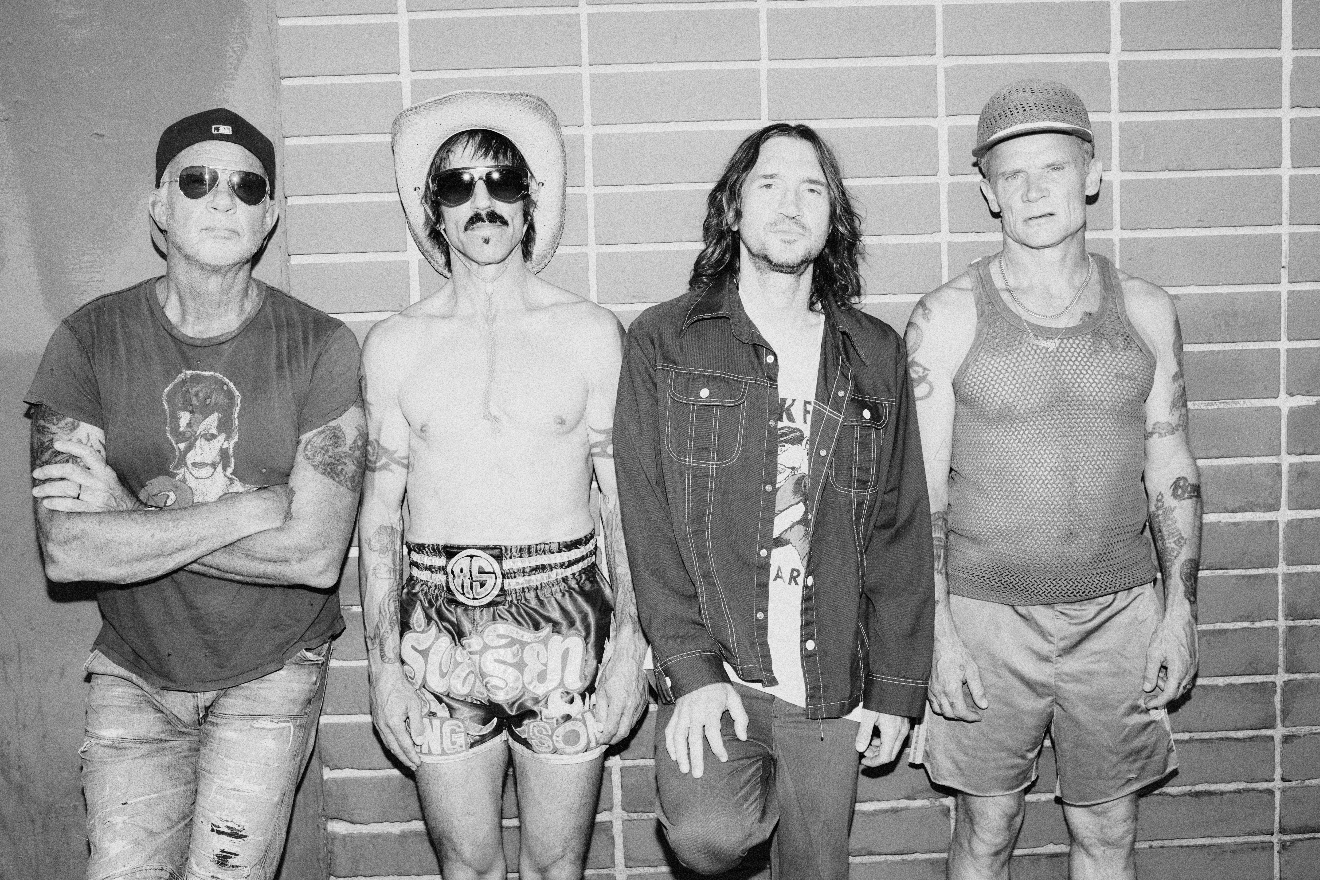 Across three stints with the Chili Peppers, Frusciante is widely regarded as one the greatest guitarists of all time. But while he returned for 2022’s excellent ‘Unlimited Love’, John had been widely absent from the band he first joined as the tricky fourth member in 1988 for 15 years — replaced by Dave Navarro from Jane’s Addiction in the 90s and later by Josh Klinghoffer. It’s not the focus of our chat today but as a fan, it’s so good to see him back in the band: after all, John’s role in the Chili Peppers, in my opinion, kicked them up a gear when he first joined for ‘Mothers Milk’ and then up sixteen gears with the era-defining ‘Blood Sugar Sex Magic'. 30 years later, it’s still one of the biggest records Warner has ever released, with a cool thirteen million copies sold to date. On 1999’s ‘Californication’ he solidified his position as one of the best guitarists and songwriters of his generation, and that record went even further, with over 15 million copies. In short, he’s helped write songs that will be around for generations to come.

“It's rare in life when you have a really good chemistry with people, where you can bring in a little piece of something and you can watch it turn into fully realized music," he says. "I also have that with Aaron Funk, because we can just sit down with a couple of machines and make music from nothing — without even talking about it we just start programming together. There's something about that real-time communication that I have with the people in the band. It's just a gift, and it's just something to be valued. It's something I’ll value till I die.”

Read this next: Bonobo: “I try not to let nostalgia control what I’m doing — it isn’t healthy”

New album 'Return of the Dream Canteen', like its predecessor and spiritual other-half 'Unlimited Love', was produced by the mighty Rick Rubin. While John admits that Warner wasn’t sure about the initial seven-piece, 40-song vinyl set — a compromise was found by splitting the project into two separate albums. The clear winner in the pack is ‘Eddie’, which already sounds like a classic Chili Pepper track. The idiosyncratic guitar line from John chimes clear as a bell, but it’s also a clear band effort — with Flea on fire and vocalist Anthony Kiedis’ line about their lost comrade Eddie van Halen is a beautiful tribute to the musician who cruelly died of cancer in 2020.

“As far as the electronic aspect of ‘Return of the Dream Canteen’ being subtle, I think it depends on what you’re listening for," John explains. “It’s not 'Red Hot Chili Peppers-go-electronic', Instead what I’m doing has its roots in Brian Eno’s work in Roxy Music — where synths and other gadgets are used to alter the sound of a live group, create atmosphere, sonic movement, and generally have unexpected sounds come in every so often. Another influence is David Bowie’s use of synths on Iggy Pop’s ‘The Idiot’, where it’s a raw-sounding live band, and then some really weird filthy synth sound comes in, which makes it no less raw sounding. The synths are supportive of the song and the band, but at times take over with weirdness. A little bit can go a long way towards taking a live band out of the real world and into an alternate reality. Also, a lot of the lead vocal treatments, which I did with delays and reverbs and sometimes synths, are things I do in my electronic music to samples. I do these things to all the instruments. The electronic part of it has as much to do with using the studio in a creative way as it does with synths.”

Although initially hard to pin down his creative thought process, we soon find common ground in a shared love of The Human League and Depeche Mode and also his leftfield-leaning electronic taste; Venetian Snares, Adrian Sherwood and Aphex Twin. "I have a lot of memories associated with [The Human League], especially by the time we were writing ‘By The Way’. I would blast ‘Reproduction’ to-and-from rehearsal every day. I especially love the first two albums and their early singles. And you have stuff like that all-instrumental ‘Dignity Of Labour’ EP [released in 1979], the basis for a lot of ambient music. Those guys were just going into the unknown!”

Likewise stadium rockers Depeche Mode, whom he discovered in the early eighties with ‘Songs of Faith And Devotion’ — 1984 single ‘Master And Servant’ is a particular favourite. “I'm a huge fan of Depeche Mode, when the Red Hot Chili Peppers started writing ‘Californication’ back in ‘98, I was 28 and had just restarted my life. When I came back into the world, I was a different person and Depeche Mode became my favourite band. I bought every 12” of theirs at a place near me called Vinyl Fetish that stocked a lot of UK imports. 'Master And Servant' is one of the weirder ones.” 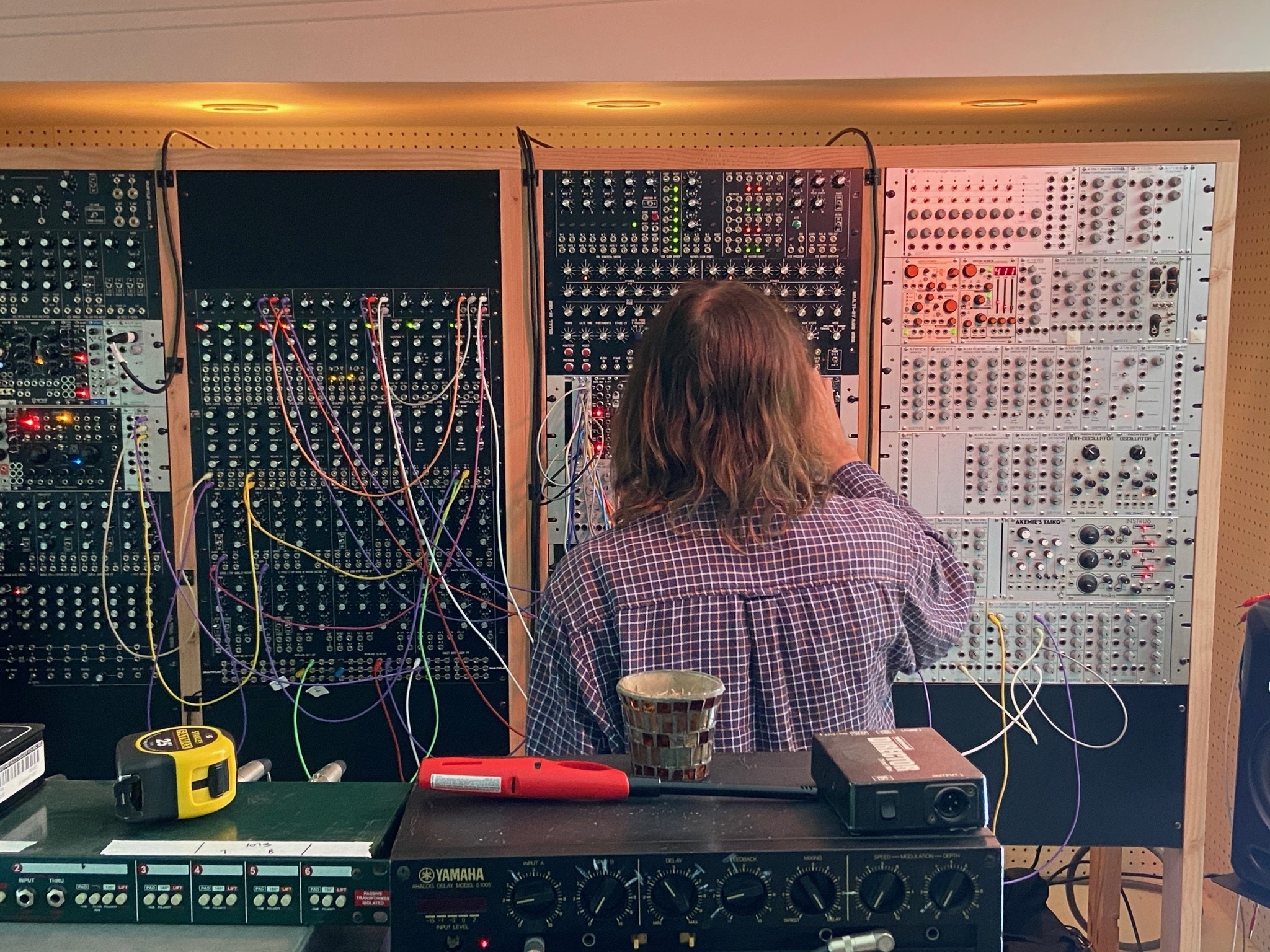 An important question, then for Mixmag readers — does John have a favourite DJ? “It doesn’t get any better than Luke Vibert!” he replies without hesitation. “His groove is as deep as it gets.” Equally, Venetian Snares is clearly super-important to him. “The most intense mind-blowing DJ sets I’ve ever seen were his, and nobody else can do a whole set in 7/4. He’s the only one that can do anything like what he does.”

“One of the best DJs I’ve ever seen is Baseck,” he explains of the LA-based breakcore artist. “He has an unbelievable technical facility and a lot of spirit. He’s also great on the mic with getting the ravers hyped u — he even introduced me to my wife. Jungle is my favourite kind of music ever, and the DJs [playing jungle] who I love are Dev/Null and Tim Reaper. They both are kick-ass at mixing old and new jungle and make great tracks themselves.”

Read this next: The 20 best jungle mixes spanning 3 decades you can listen to online

John chalks his UK-leaning tastes up to the cross-influence between Britain and the US: “Historically, I noticed that a lot of time, an idea starts in the US and then [people from the UK] pick up on it. At first, they kind of do a worse version of it and then they do a better version of it! In the ‘50s, they were doing skiffle in the UK, trying to take from American country music. It's pretty silly-sounding music — but then they start doing rock ‘n’ roll and there's Cliff Richard and besides that, not too much else. Then The Beatles come along, The Yardbirds, The Stones and Cream and they did something with the American rhythm and blues that people here weren't even thinking about. No one was even considering going in that direction with it! English people breathed this new life into it!”

At the end of our conversation, John affirms that he sees everything he makes as part of the same pure musical rainbow — whether it be created via strings or a drum machine. “The drumbeat of ‘Peace And Love’ was inspired by the Isaac Hayes breakbeat 'Breakthrough', as was the beat on ‘Poster Child’ (from ‘Unlimited Love’),” he says by way of explanation. “Black Summers' drumbeat is based on a popular way of re-editing the ‘Cold Sweat’ beat! In a lot of ways, I think the way [drummer] Chad [Smith] plays was affected by one day when we sat down at lunch and I played him a ton of three-10 second breaks in a row.”

So there we have it: it may not be the ‘90s anymore but like Depeche Mode and The Happy Mondays before him, John is living proof that you can have your rock cake while also constantly eating electronica. Just making music for Timesig might not pay as well as selling out stadiums with the Red Hot Chili Peppers. But them’s the breaks, right?