Mixmag has a considerable history with Simon ‘Bonobo’ Green. Back in February 2017 – a full five years back — he was on the cover of our print edition (and it was shot in Death Valley no less, helping to inspire our recent Dan Shake digital cover) and while he’s now a globetrotting DJ and producer who has found a huge following in The United States as well as back here in Europe. When we speak over Zoom, he’s actually back in East London for a few days' break — ahead of a bumper summer tour. Straight off the back of selling out 5 nights at the Albert Hall last week — he'll be heading to Mannheim, Athens, Glastonbury and Australia, where he’s headlining at Sydney’s iconic Enmore Theatre for two nights of electronic joy.

In-person, he’s as smart and charismatic as his music and his recent album ‘Fragments’ is similarly jam-packed with crunchy, thoughtful jams like the dreamy first single ‘Rosewood’. It also features oodles of great contributions: Jamila Woods, Miguel Atwood-Ferguson and Jordan Rakei to the super-soulful O’Flynn, so if you haven’t had time to spend some time with his latest Ninja release, we highly recommend it.

At the end of the interview, we asked Si to a documentary in return. He asks to ponder the question and email instead — guess what he told me: “So technically a film about a book but The Beastie Boys Story was excellent. I read the book too. On the subject of nostalgia that was a big one. Especially MCA’s approach to production thru DIY and experimentation. He particularly was a huge inspiration to me.” 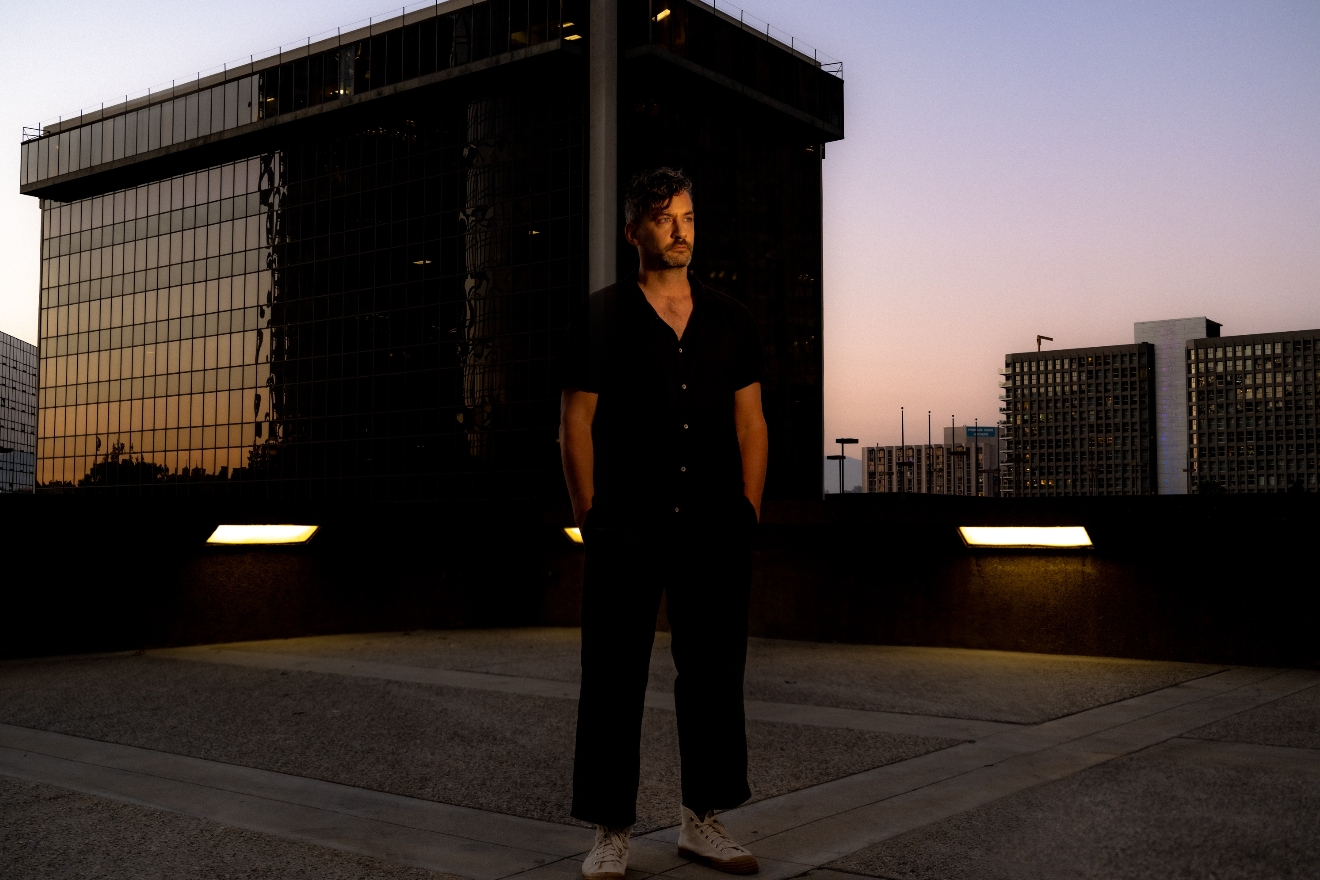 Did you see our Dan Shake cover in Death Valley?

You're friends with the cover shoot's photographer Dan Medhurst, aren't you?

I am! I took him out there. I think it's a good landscape for a photoshoot.

Are we going to see you in bucket hats next?

Well, I've tried bucket hats. I really want to be a bucket hat person, but it's just my head is too big — I've just looked stupid. I've really tried.

Well, let's not focus on bucket hats too much! I want to say congratulations on the new record, it's the very definition of what I call "a keeper."

The first cut that really grabbed me was ‘Otomo’ with O'Flynn, which is very sweeping and cinematic. Hopefully, it will end up in a film.

Was it important for the LP to feel cinematic?

It kind of wasn’t — but of course, there’s always a visual element to what I'm doing. It was inspired by the guy who made Akira — with big choral choirs and big percussive drums.

There’s also Jordan Rakei on ‘Shadows’. My question here: Is he this generation's Lewis Taylor?

It’s funny you ask that because I was actually talking to him about it — he's really inspired by Lewis Taylor.

Read this next: Bonobo is dropping first album in four years, 'Fragments'

Lewis is a very enigmatic character, isn't he?

Yeah, totally! Jordan was telling me this interesting story about how he was trying to work with D'Angelo. And I don't think D’Angelo could really deal with how he was such an ordinary-seeming guy — because he was such a big fan of his music! When he met him he was overwhelmed by how just normal and English he was. I love that. He's definitely an inspiration for Jordan.

The other track which I've been playing a lot today is ‘Age Of Phase’, which really is quintessential Bonobo. It’s got your trademark optimism. But when you're making music, where is it that you want the listener or indeed, yourself to go? Is it a bunch of things?

Well, I think music is great when it transports you somewhere else…

So is that kind of what you're trying to do?

Yeah, but you can't really force that kind of emotion on it. I just feel that most of the stuff that I do is a product of experimentation — and with that one, it was about finding that little vocal hook. Because essentially, I was spending a lot of time in peak 2020 lockdown, making that tune. And I had these nice little modular loops going and I was trying to find a way to humanize that a little bit and create something a bit more emotional and you know, a sense of romance to it. Something that was quite technical as well as something that sounded a little bit more human. So finding that vocal loop and then eventually re-harmonizing it in a way, brings it in quite an unexpected direction. 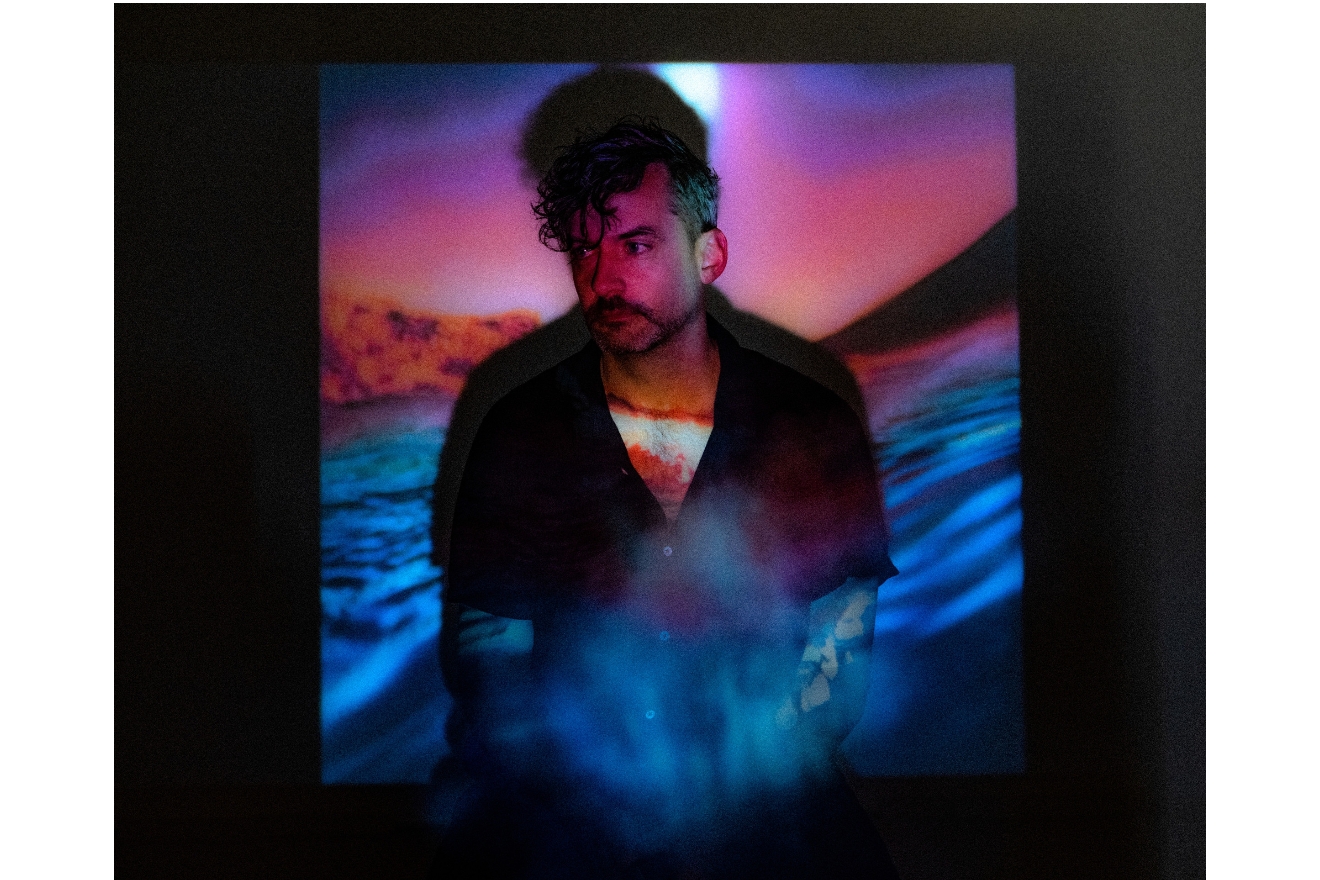 Do you think it's important that people listen to a record all the way through? to experience it fully? instead of picking out tracks?

I really don't know. I think the way I listen to music is probably different to most but I don't listen to as many albums from start to finish as I used to. We spent a lot of time, between me and Adrian and Ninja Tune, sequencing the record, as we did with the previous ones as well, asking ourselves a lot "how do we make it flow?" But I agree that it's harder for people to stay engaged. But equally, I've also always been a big advocate of doing an album, I think it's kind of like presenting a body of work at the same time.

Someone else signed to Ninja Tune — whom you also featured in your fabric presents mix — who's doing super-well, is TSHA. Are you happy to see that?

Yeah, it's really good. Over the last couple of years, it has been really hard for new artists to kind of do anything. But you know, it's exciting! There are all kinds of excitement to see her on the other side of the last two years when no one was doing anything to now being out there smashing the festivals. I mean, she's a really, really exciting DJ as well.

You've created a massive fanbase in the US now — do you have younger artists on the other side of the pond who've told you they've been inspired by your show?

Yeah, definitely. It's quite flattering as well. I think Rüfüs Du Sol are an example of that. They were on tour with us early on, when they were starting out. I know that they took away a few things from how we were doing it, both musically and live. I'm sure there are others! I speak to a lot of people as well and it's nice to see a lot of Americans who are more in the EDM lane are into what I'm doing and branching out a bit.

Read this next: 10 iconic Bonobo moments

It hasn't given you a big head that's too big for a bucket hat?

I think it's just my naturally large cranium that's done that! It’s always very nice and flattering and also kind of heartwarming. When people say that they have been inspired along the way by something you did.

Next question. Music is in a very interesting place. For example, Billy Eilish recently brought on Damon Albarn at Coachella, but mainly to reference Gorillaz. Did you see the clip?

I didn’t! But it’s interesting. I mean, I think I personally have been guilty of kind of dwelling in nostalgia a little bit much…. and I don't think it's necessarily a very healthy place to be. So while there is nostalgia in there, I try not to let it be the main catalyst for what I'm doing. But I think it's important to sort of still, you know, acknowledge all the things that went before and to sort of understand how they made you feel at the time and what it was that made you feel like that.

So did that mean that you put a lot of invisible pressure to make the new record the best it possibly could be? Because it's about the now and the next rather than the past?

Yeah, I think so. And I’m also six albums in. So it’s about things like: what am I trying to say at this point? And actually, having that big disconnect of 2020 was quite helpful in a way because it sort of I wasn't playing gigs. So I really sort of was able to completely detach from my perceived position in what I'm doing and just sort of try and make something that was very, very honest about what I was trying to do.

Bonobo’s new LP ‘Fragments’ is out now on Ninja Tune. He is currently on a world tour.

Ralph Moore is Mixmag's Music Director, follow him on Twitt