There are really just a handful of folk who've been responsible for the movement of vinyl records across Asia. Record stores across the region mostly stocked local folk, disco and pop, and Asia only started to import records from the UK, Europe and US much after developing their own local industries around film and music. That said, plenty of convoluted methods were used to maintain blackmarket sales for imported records that were legally not allowed in by rule of certain regimes.

For this feature interview, our focus narrows to the tiny archipelago of Hong Kong (yes, it's a city that's also made up of plenty of islands, 263 if you include Hong Kong Island, to be exact). Unlike its neighbours and not in line with the global spurt in vinyl sales, Hong Kong's market for the shiny black stuff slowly dwindled over time — the city's intimate DJ population was grasped by CDJ, laptop and USB technology, consumers were introduced to CDs (which made far more storage sense in Hong Kong's small housing offerings) and well, landlords often get what they want from their tenants until they've got none left.

The only silver lining to having accessibility to less records than before is that one of city's key musical stalwarts who ran the stores, the trade and purveyed the culture, Roy Malig, is still slinging records to date.

I've known Roy for roughly 22 years — when I found out I didn't have to dish out the extra few bucks at HMV to get my hands on new plastic, it was Filipino-Portuguese DJ Roy Malig who came to the rescue (and to the aid of just about every record-playing DJ in the city). He carried everything that a routine bar and club DJ would need as arsenal, and was never short of early release material — something that I'm quite sure contributed to putting Hong Kong's early rave and club scene on a different playing field in Asia.

After closing countless stores and spaces, Roy finally decided to convert his trade to into a pop-up concept called Vinyl Market that mostly focuses on second hand pieces. Digging sessions have become more communal, intimate and educational; it would be more than fair to say that Roy has led the preservation wax culture in a city where change is the greatest inevitable, and alongside other wax aficionados like Bad Times Disco.

With a forthcoming Vinyl Market pop up happening during a three-night musical showcase at the lush Carlyle & Co., I sat down with the vinyl connoisseur so he could share more of his story about the one kind of plastic we love so much. 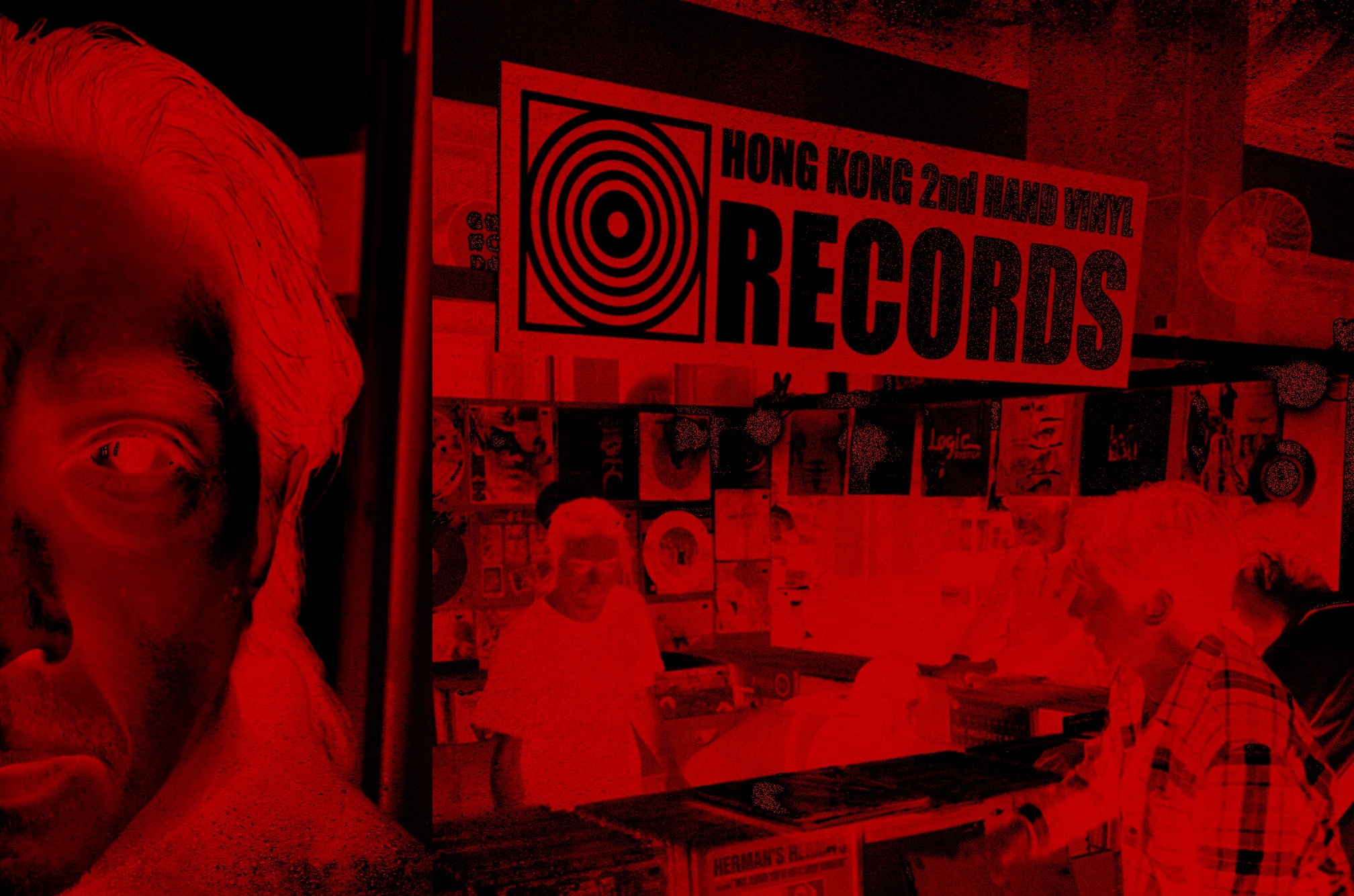 How long have you been a vinyl junkie for?

Since I was eight years old!

How many records do you have in your personal collection?

What do you prefer: collecting, trading or playing records?

Everything! I love playing records as much as I enjoy collecting them.

What do you value most about a ‘quality’ record?

Fresh packaging is always exciting, but the sound/pressing grade is what really makes a ‘quality’ record.

What’s the first DJ gig you ever played and were you playing tape or vinyl?

It was a small hip bar that doesn’t exist anymore called CAGE. I was playing only 7” records!

And, do you remember the first record you got your hands on? (Did you buy it or was it given to you?)

“Ben' by Michael Jackson was the first I ever bought with saved pocket money from my parents.

Today’s younger generation of music consumers look at vinyl more as a commodity than a format of music. Do you agree with that?

Totally agree! It seems to be hip to own records of all the big names and titles, but not really play or listen to them.

Do you believe in vinyl etiquette? Should a record be handled in a certain way, or does every vinyl owner have the right to treat a record as they wish?

Yes — I do feel etiquette is important. I like to treat my records with respect — from the way you hold it to how you place it on the platter. Etiquette is really a reflection of how much you care about it.

On the selling side, someone bought “Plastic Love” by Mariya Takeuchi from me — that original 12” pressing cost them HK$2,200.

You used to run several record ‘stores’ in Hong Kong. What happened to them?

That’s right, I ran seven different places from the mid-’80s, and the last three locations were in the Sheung Wan area between 2002 and 2012. Then people started downloading a lot of their music and vinyl sales slowed down drastically.

Another reason was the rent — Hong Kong’s landlords are real opportunists. At my last record store, I was paying HK$7,000 per month. When my lease was up, my dear landlord raised it to HK$28,000. If it interests anyone, it’s now a Dutch cheese store. 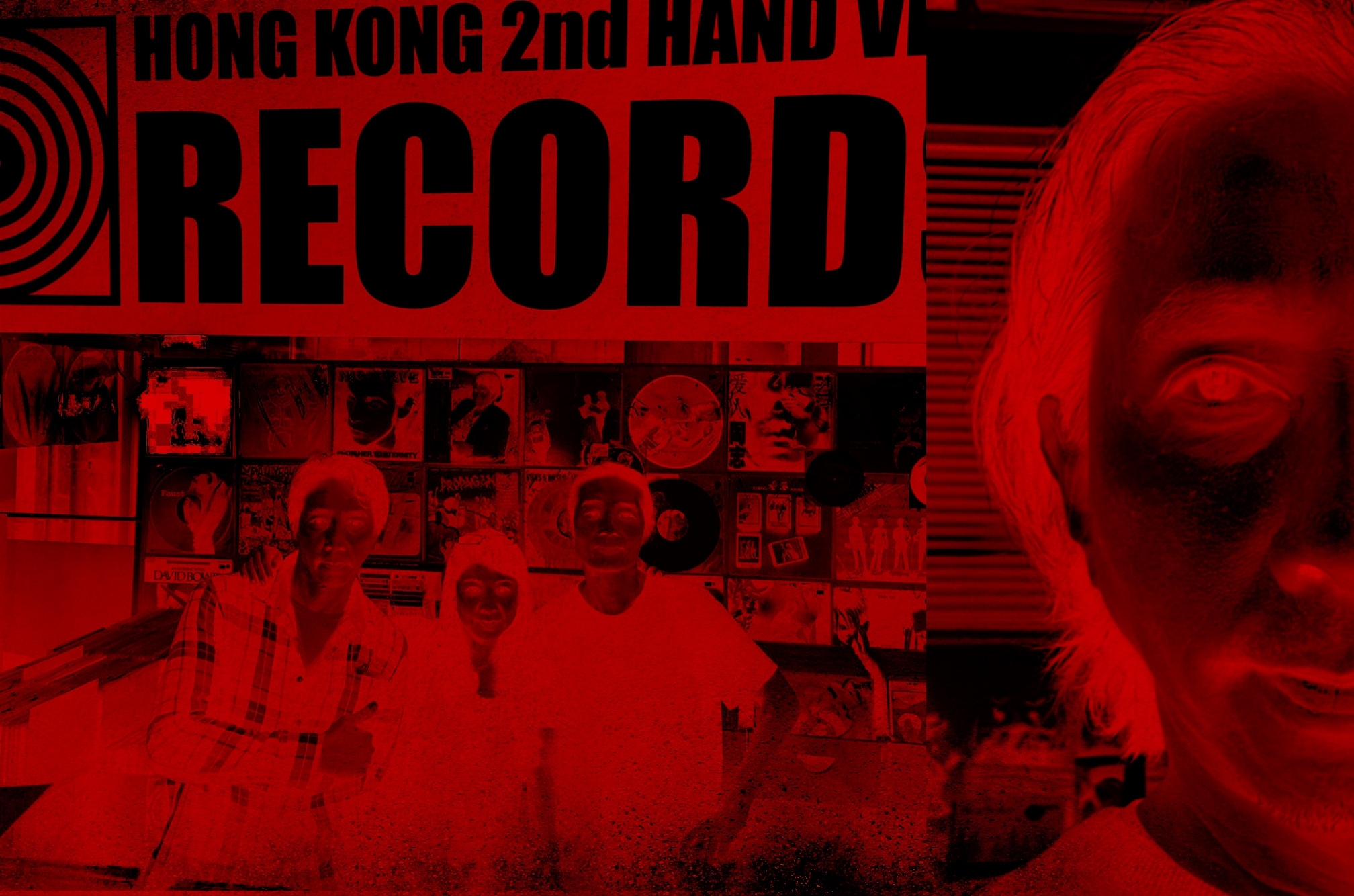 Is that how you started the pop-up Vinyl Market events?

I started it because of the sudden vinyl surge — things just picked up in 2016 and there was little chance I was going to start paying the city’s crazy rent for another store. The pop-up Vinyl Market made perfect sense to create and build up.

What’s the vibe like at the Vinyl Market events?

It’s pretty interesting. There’s always a mix of people. One thing I have noticed is that younger customers are buying records without knowing what they are, purely for the cover and design.

You have a Vinyl Market coming up at music-centric private members’ club, Carlyle & Co., on 5 to 7 October. Can you tell us more about what will be on offer?

The Carlyle & Co. pop-up is a collaboration with Sun, from Disk Too, an old school record store that was in Tsim Sha Tsui. We’ve been doing pop-ups together since 2016 at big events at PMQ, warehouses in Kwun Tong and even at Clockenflap.

Café Carlyle’s music programming is led by multi-hyphenate and vinyl lover Olivia Dawn Mok. Do you think there’s room for vinyl culture to have an impact on an exclusive space like Café Carlyle?

We’ll have to wait and see, but I am optimistic that vinyl as a music format will be a hit with the Carlyle & Co. crowd. There’s certainly a market out there, and I’m expecting to meet real vinyl collectors as well as the younger generation of kids, who are hopefully looking to start or expand upon their collection!

Can you list five records you expect to trade over the Café Carlyle & Friends weekend?

I’m more than sure that releases by any of these artists will get attention over the Café Carlyle & Friends weekend: John Coltrane, Miles Davis, Pat Metheny, Ella Fitzgerald and Billie Holiday. Plenty more I could list, but these artists’ records will definitely fly!

The three-night musical showcase, Café Carlyle & Friends, will run from 5 to 7 October, 2022.

Tickets are available to Carlyle & Co. members and their guests.