All the signs have pointed towards a musical path for Katimi Ai.

It started with her parents; a Nigerian father who ran a bar, and her Japanese mother was was always playing Western and English radio shows at home. They raised her in Tokyo, probably one of the most sound-tracked cities in the world.

Charismatic and embedded with musical fervour, it took an unexpected trip to New York for DJ and producer Katimi Ai to spark her musical career which has landed her residencies and regular appearances at some of her home town’s top spots including WOMB, Ageha, Circus, Vision, Vent Tokyo.

Behind the music, and through a fair share of her life, she’s faced a less than usual circumstance of being a half-Japanese and half-Nigerian woman in Japan, a country known for its insular approach to cultural gatekeeping. But that supposed racial dichotomy only really instigated new emotions of what it meant for her to be black; due to her father leaving her at a young age, she grew up identifying herself as half-Japanese, as opposed to half-Nigerian. In 2020, the global reaction to George Floyd’s murder struck a chord with Katimi — and since, she’s found a way to discover her black heritage and Nigerian birthright through music.

Fast-forward to September 2022, and a career milestone was just crossed as she released her debut track on Afrikan Tales, a record label founded by Berlin-based South African Floyd Lavine. The label was created with the intention of showcasing emerging artists from Africa and the diaspora, making it an ideal home and launching pad for Katimi Ai.

With hardly a few moments passed since her track ‘TMBT 2019 (Take me back to 2019)’ dropped on the influential label, Katimi Ai takes a moment to share her story till now, and her plans for the future with Mixmag Asia. Check out the ‘The AfroFuturists’ EP and read her interview with Mixmag Asia’s Arun Ramanathan below.

Hi Katimi. Congratulations on your recent release on Floyd Lavine's Afrikan Tales, and thanks for taking the time to speak with us.

Getting straight into it — You were raised in Japan which is known for having a rather insular culture. Can you tell us what it was like growing up in Tokyo as a half-Japanese, half-Nigerian girl?

Yes, I grew up in Tokyo. I’m fluent in Japanese. I went to a normal public school, which didn't have other half-Japanese students like me, so it was a little tough for me to be involved with everyone in school. I have a different skin colour and curly hair which is different from everyone in there so I stood out. Sometimes I couldn't match the conversations with them about skin care and how you treat the hair, but thankfully friends around me are so understanding of who I am. I am from a different race, and they respected and cared about me. Even though I went to a normal Japanese school, it wasn't totally hard and rough when I was a student. I appreciate the friends I had around me when I was younger. But I guess Japan is now more openminded than before. At least it's better now than it used to be. We have a lot of races here too. I feel differently now to how I did through my childhood and how things were then.

Did your upbringing have an impact on your choice to embark on a career in music?

Hmmm, that's a difficult question. The answer would be yes and no. Because actually, my mom (who is Japanese) was the one who brought music into my life. She always listened to the radio in the afternoon at home. Back then, the station was always playing western music, and I always enjoyed listening to ’80s to ‘00s music with her. Then after I entered junior high school, I got to hear songs by Destiny's Child. I was so pleased I came across them; they have the same skin colour as me and they are superstars! Since I found them, I dug and paid more attention to black singers. Every time I stumbled upon other black artists, I felt so proud of my skin.

Back in 2020, you got involved in protests in Japan related to the George Floyd and Black Lives Matter movements in the United States (and around the world). Can you tell us more about your involvement?

Even though I was surrounded by good friends when I was a student, of course there were mean people, too. They made fun of my skin colour or hair because I was different from them, so somehow I didn’t always have confidence in myself. I was always shy or scared because I didn’t know how they would recognise me. Now it's a lot better; I have more confidence in myself, but I still have a shy and scared personality at times which I think has built up with my childhood.

So when Black Lives Matter came along, I finally found out that a lot of black people are suffering because of their skin colour.

My situation and life experience is obviously different to that of African-Americans, but still, I also suffered living as an African-Japanese in Japan so I thought I needed to join this march to tell our stories to more people in Japan, and the world.

We are not just black. We are human, so we deserve to live without any discrimination. When I participated, I thought I needed to claim that. Why are black people treated as second-class citizens? Why is it normal for black people to always get discriminated against in the world? WE NEED TO CHANGE THIS！

What has music done for you to battle any struggles related to race?

I always try to play songs that mention black races and women in my set. British artist Karen Nyame KG is an example; I regularly reach for her music. ‘Afrolatina’ by David Montoya is a track that I identify with and have played, with the vocals synchronising with my being half-Japanese. I hope my selections have and can influence the audience to think about black races. I’ve had some complementary feedback - some people tell me that “it’s so cool” and that I’m the only one who can play some of these tracks in Japan. I want to tell everyone how black people are as beautiful and talented as anyone else! 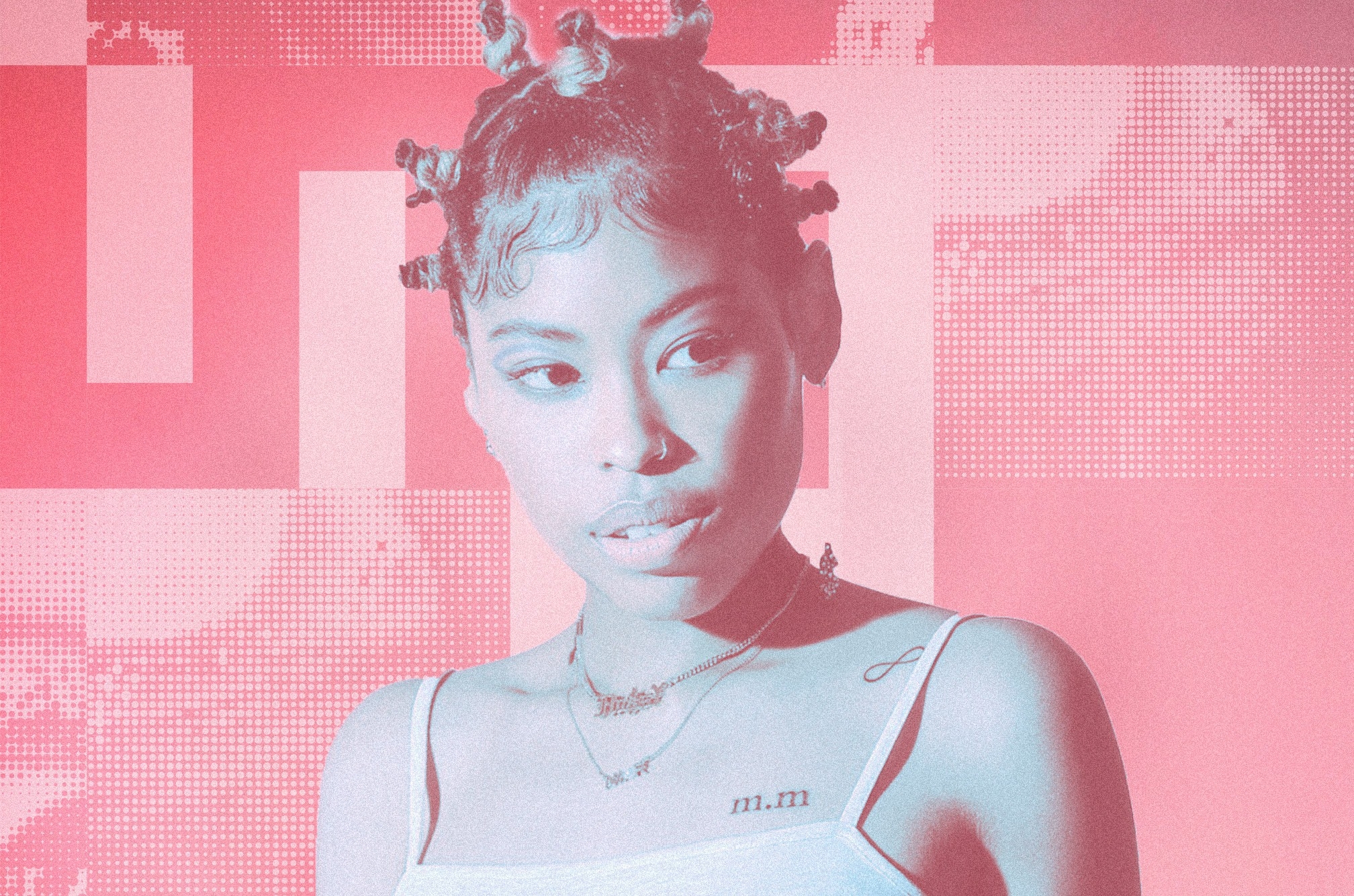 Let’s switch over to talking about your music — how did you get into DJing and what’s your musical comfort spot?

It's a funny story. About eight or nine years ago, I went to New York to find myself. At that time I knew I wanted to do something related to music. I thought, potentially maybe, a DJ?

I always loved music, but I didn’t know how to get gigs...I had some fearful thoughts in my head to just do it in reality. Then I met this one guy in the city — actually in a museum. He suddenly started talking to me, probably thinking I was lost or something. He asked if there was a particular place I wanted to go to. I said, “No, I was just looking around." The conversation continued, and he asked where I was from because he thought I looked unique. He continued asking me what I was interested in and what I wanted to do in the future. He kind of started to analyse me! I told him about my love for music and aspirations to be a DJ.

Turns out he is a designer for the clothing brand Fly Geenius and could get me gigs in New York if I wore his gear when playing. I went back to Japan to prepare. It sounds very easy and light but his words pushed me a lot. I just didn't have the courage to do new things. I still remember that I had a lot of hopes for my future while on a flight back to Tokyo. After that I learned how to DJ in Tokyo, then after about two years, I went back to New York to see him, and he lined up some shows. It really happened! I was very, very happy at the time. That's how I became a DJ.

Off the decks, I reach for more or less the same styles.

What’s the first DJ gig you ever played?

It’s funny but I was an EDM DJ at my first gig, which was in Tokyo. I just wanted to be a DJ but didn’t know much about dance music genres at that point, so I started with EDM because they are easy-to-recognise songs for me. There were maybe 40-50 people and the club appealed to EDM fans. That was a one-off.

After this gig I dug into more genres, then I found out what I really like. When in New York, I played house and techno. 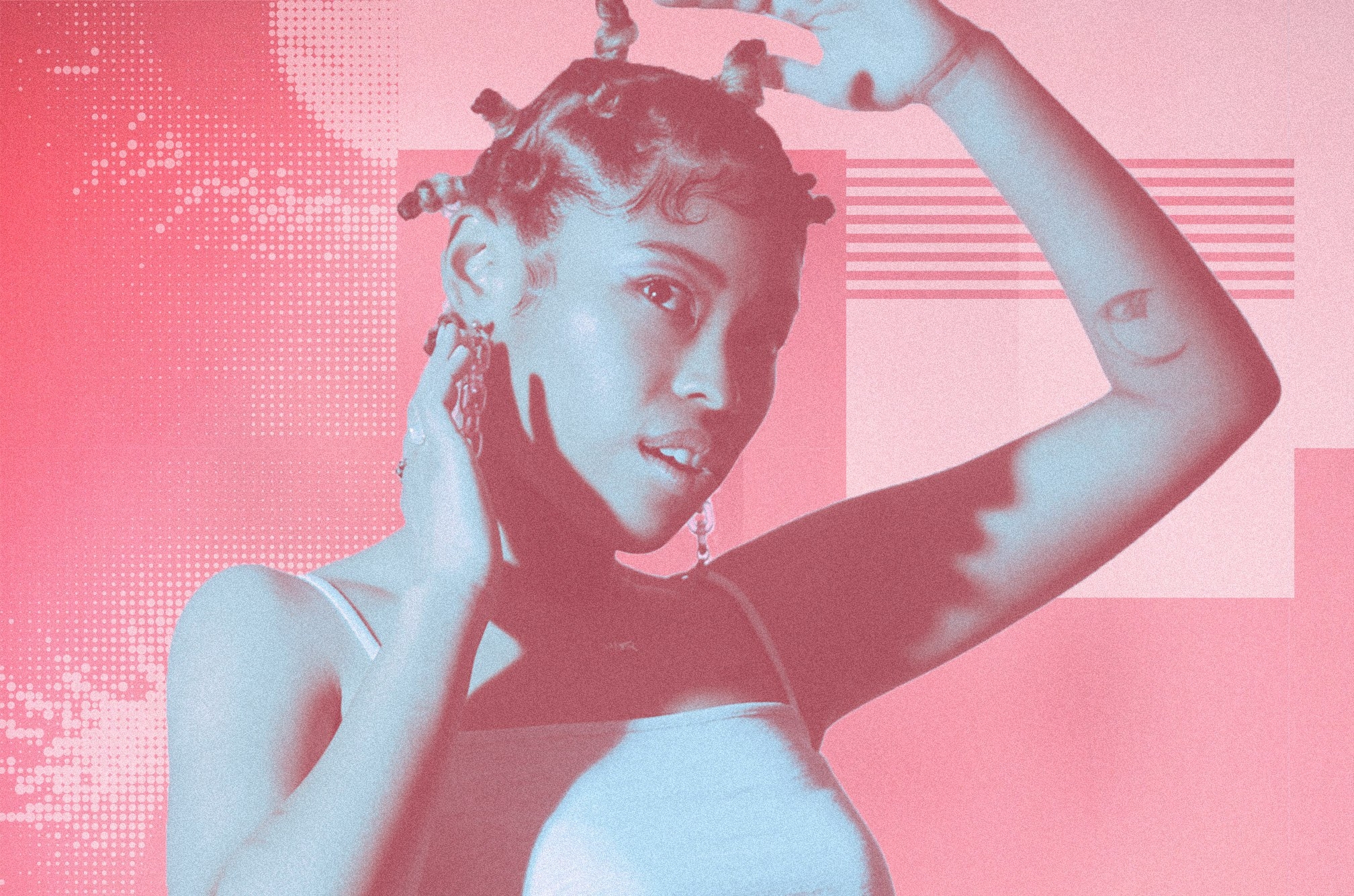 So you quickly dropped the EDM thing and went digging! What are your ambitions in pursuing a career as a DJ?

I would like to go on a global tour for a whole year! I would like to do a DJ set in Nigeria one day, too. As a producer, I'd love to collaborate with Beyonce, Lady Gaga, and Nigerian artists! Dream big right? Haha. Also, I would like to make songs in many genres because I think it's a little bit boring for me to play just one genre as a DJ and producer. I always want to explore.

What’s the greatest lesson you’ve ever been taught?

Your thoughts will happen in reality. So think positive always — my mentor told me this!

Tell us about your new release on Floyd Lavine’s Afrikan Tales. Is this a proud moment for you?

Yes, I’m very proud! I appreciate Floyd a lot for letting me release my song on his label, which is focused on African culture and artists. I am basically Japanese and I separated from my Nigerian father when I was a little girl, so I never had a chance to visit Nigeria and never knew about Africa from my family. My mother has also never been to Nigeria so it was a very touching moment for me when he asked me to release my song on his label. I feel like I’m accepted as an African artist or he showed me that I’m a person who has a strong bond with African culture!

It's difficult to choose but I always tend to check black or Japanese artists who have successful careers or are making progress in the music industries. Artists like Floyd Lavine (of course), Karen Nyame KG, Gafacci, DJ Lag, SHE Spells Doom, De Shuurman, Roska, Mike Q, Shokuhin-Matsuri, KEITO...

What do you wish people knew about you that they don’t?

I am a bit of a clean freak. I think I got this trait from my mom — I like to vacuum and wipe the floor every time at home, hahaha.

Also, my friends always tell me I look like I'm not nervous at all when DJing. That's not the case — in the middle of the set or sometimes at the beginning, I actually get pretty nervous! So I'd be really happy if any of you watching would give me a friendly cheer when I start because it calms me.