There are many things one might imagine talking to Groove Armada about, among them their incredible quarter-century career, incendiary live performances, numerous club bangers and crossover hits, three GRAMMY nominations, or even that Renault car ad. But soil quality was perhaps a bit of a curveball.

These days the Armada is more of a multi-faceted unit than in its infant years. The wild days of rock’n’roll touring mayhem have been replaced by a world outlook that shows a personal maturity that drives their daily life. Andy Cato, the acid house trombonist, has been a gentleman-farmer for a number of years now, having spent 15 years in south-west France (he recently returned to the UK to take up the reins on a National Trust farm in Wiltshire), hence the serious soil chat. Meanwhile, his oppo, Tom Findlay, who retrained as a Cognitive Behavioural Therapist and after spending a period working in the NHS, is currently working in King's College, London. It certainly makes a change from ending up in rehab. 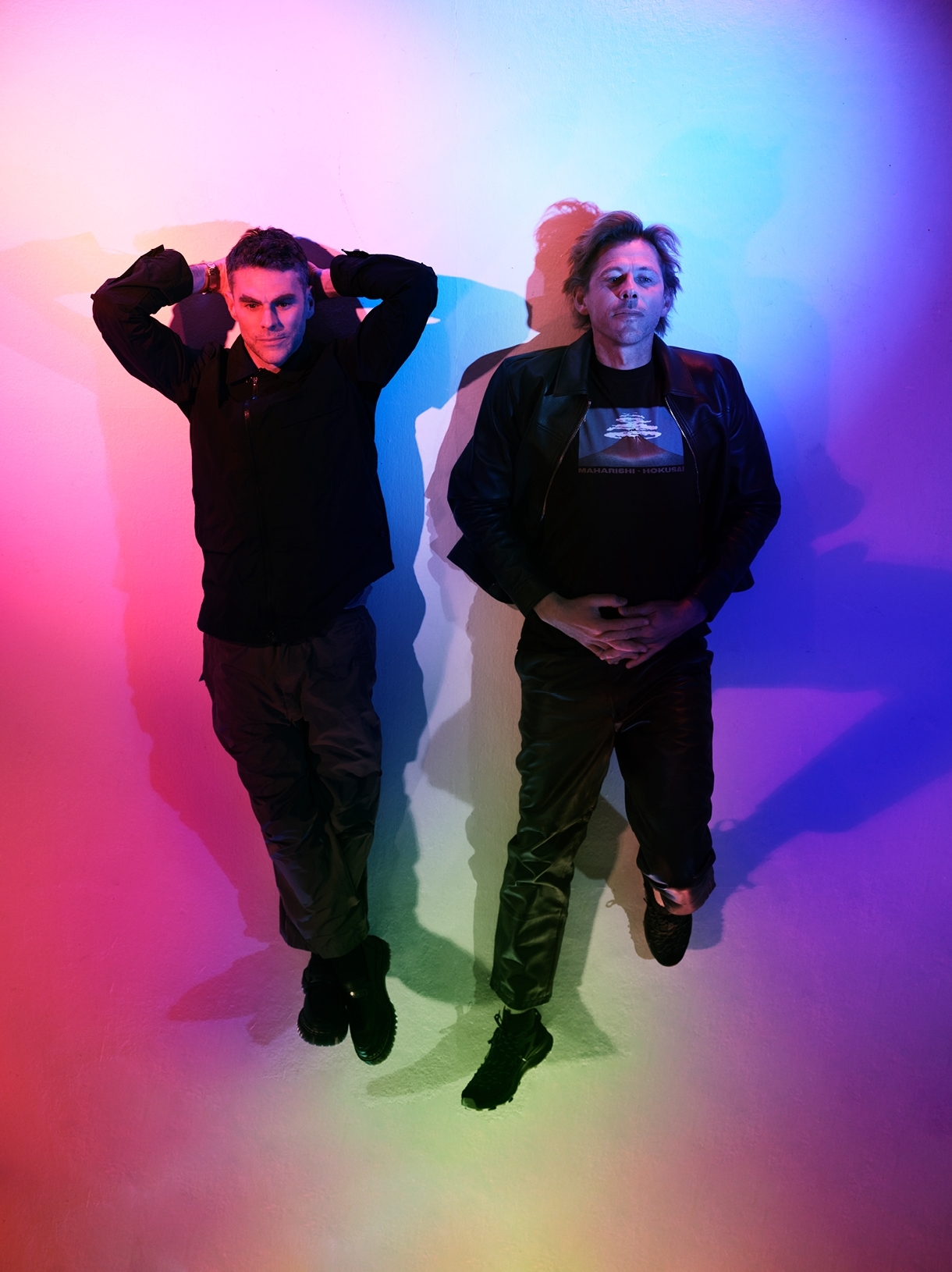 But the reason we are here is to celebrate their 25 years in the industry with the release of ‘GA25’, stretching from ‘At The River’, their mournful debut Top 20 hit that was one of the defining tracks of the’90s chillout boom, right through to current single, ‘Hold A Vibe’, featuring Red Rat, another track brim with dancefloor vim. Cato was particularly pleased to get the latest tune out into the world: “We finished it at the same as the ‘Edge Of The Horizon’ album [in 2020]. Sonically, you can hear it’s quite out there compared to the rest of that record, so from the old-fashioned idea of album continuity we didn’t put it on there. But we kept going back to it and it’s got a more old ‘Supertylin’’ festival-y charm to it. And it’s my son playing the drums so it’s good to get it out!”

After the festival season in the UK and a recently completed live tour in Australia and New Zealand, the band insist these will be their final ever live performances, as Cato says, “When you’re performing as a band and it’s sounding better than ever, you do wonder why we’re making this decision but I think it’s right to leave it while it feels fresh and relevant.” It’s a far cry from their early days, when dance music’s luminaries were still making up the rules for how to transfer club music to the live arena. Determined to buck the trend of dance music’s typically underwhelming live iteration – essentially a few dancers and a DAT machine – they went hard in the toughest route, building a whole band from scratch.

Read this next: The story of London's original party boat 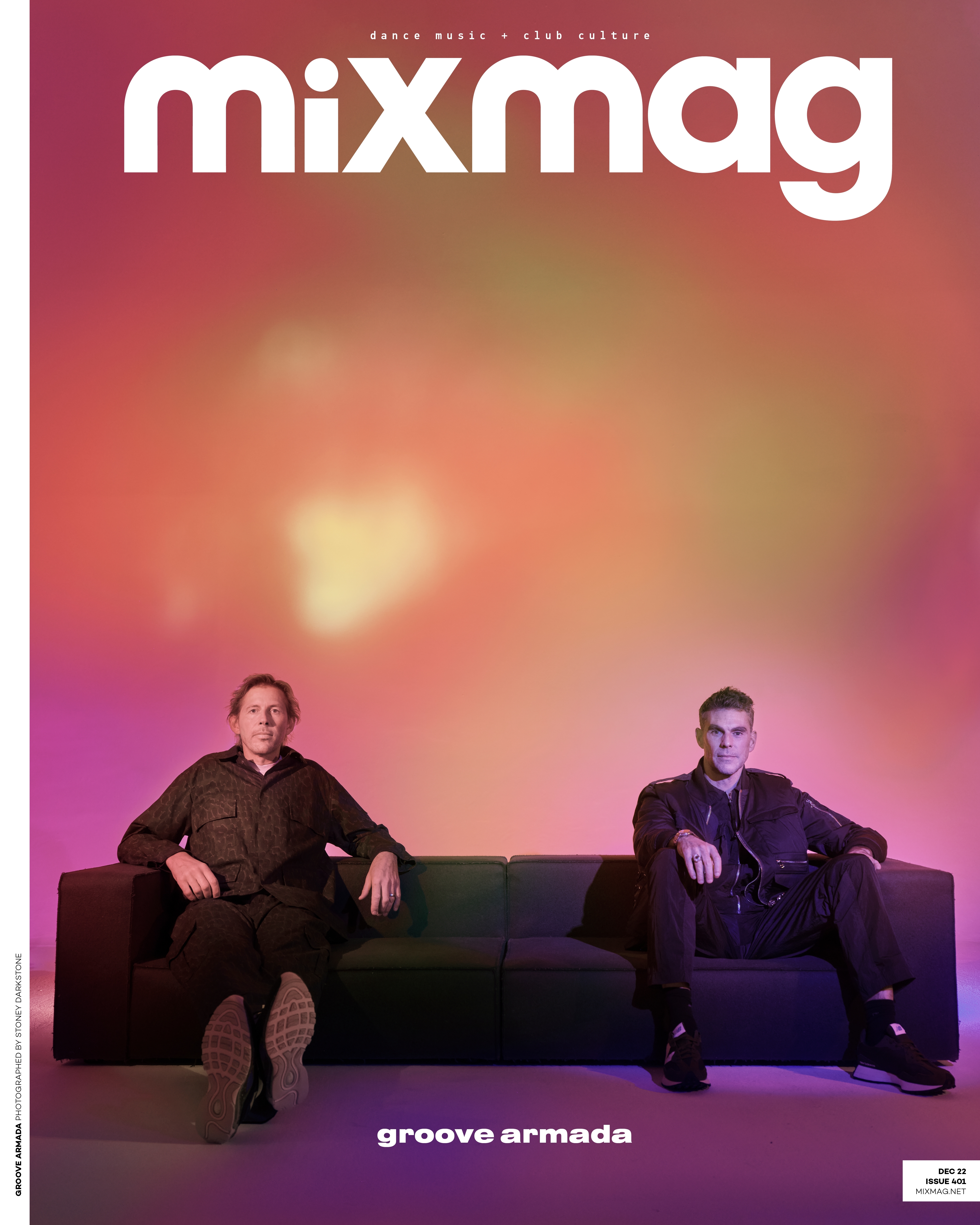 “We were still using a laptop with a mini jack plugged into the PA,” recalls Tom. “We weren’t ready for it. So you have to find your own way. But there was that moment where it all came together. That’s when it all changed, and we were touring and going to the States and the pace of everything escalated beyond any sense of comprehension, and it became really full on. Trying to put a live band together, trying to reimagine all this stuff we’d done in our studio as part of a live show — it was a whole new ballgame really. It’s about finding what humans do best and what machines do best and then putting them together. It’s that synthesis of organic and electronic that was key.” 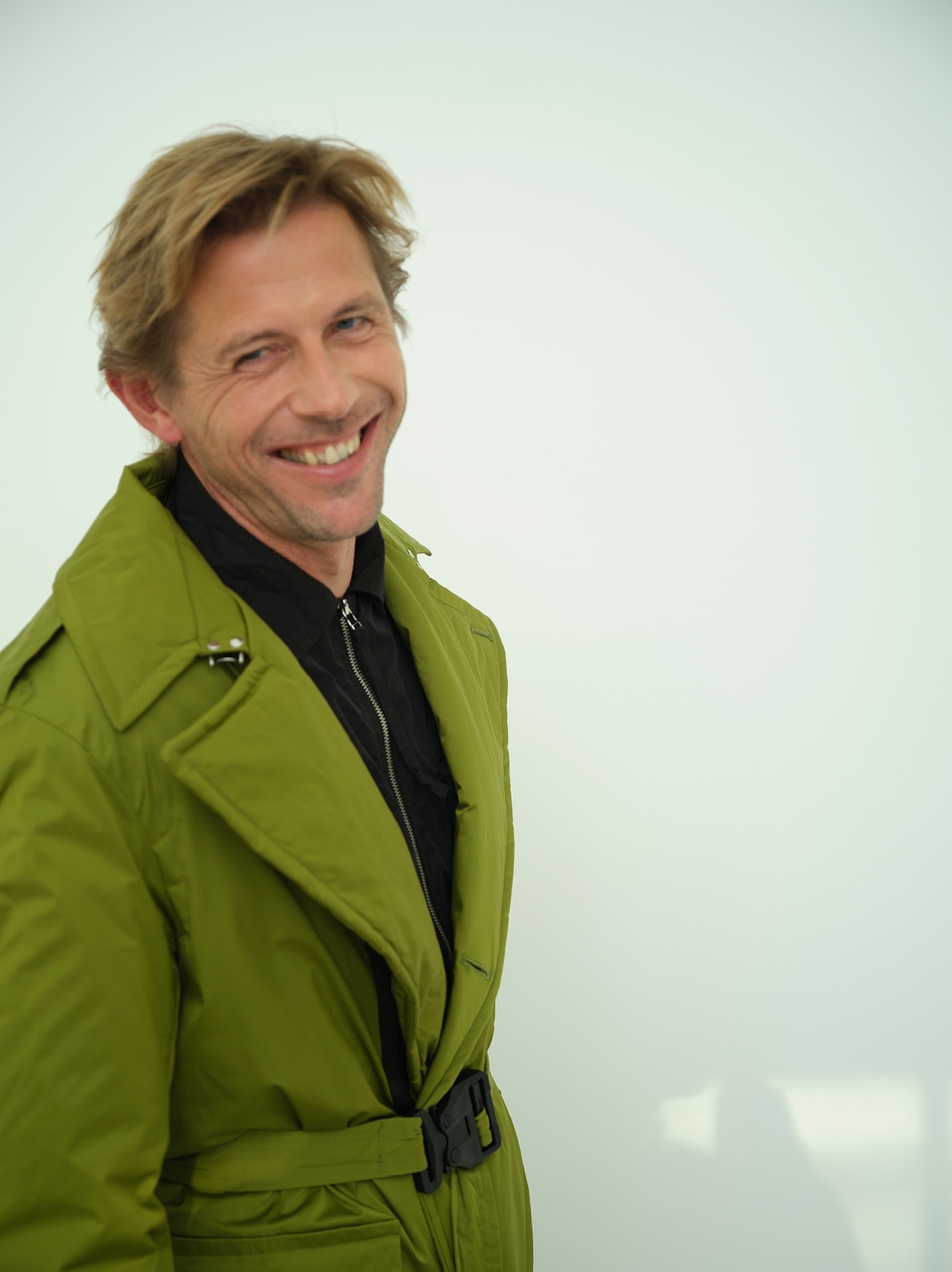 After 25 years, it’s natural to reflect upon the crazy ride they have had, beyond the touring, looking back to those WOW moments that come with an act riding its luck and grabbing opportunities. Being treated like rock stars in Australia. The gig in Italy where they arrived in a Sopwith Camel biplane. Working with their heroes. “One of the defining moments of my life is our mate Jools Butterfield playing Richie Havens’ version of ‘Going Back To My Roots’ in a field. I’d never heard music like it, just the combination of disco and house piano on that track, so working with Richie was just amazing. We worked with Nile Rodgers and I’d be on the phone to him and he’s giving me all this advice…” It still feels like Tom is coming to terms with this reality.

Over their admirably storied career, they’ve recorded 10 albums (more if you chuck in the compilations and greatest hits), all of them varied and different, from horizontal electronica and festival arm-raisers to gloopy basement favourites. In-between these finely honed albums, they’d still find time for sneaky 12-inch releases for indie labels, like the criminally overlooked ‘There Was Rhythm’. It’s a catalogue that few acts currently working could match. With its ever-shifting sands and genre twists, a week is a long time in dance music, so it’s remarkable that the duo have managed to effortlessly surf from hard-edged club bangers to radio-bothering anthems, all the while somehow managing to stay in touch with the pulse of underground British dance music. 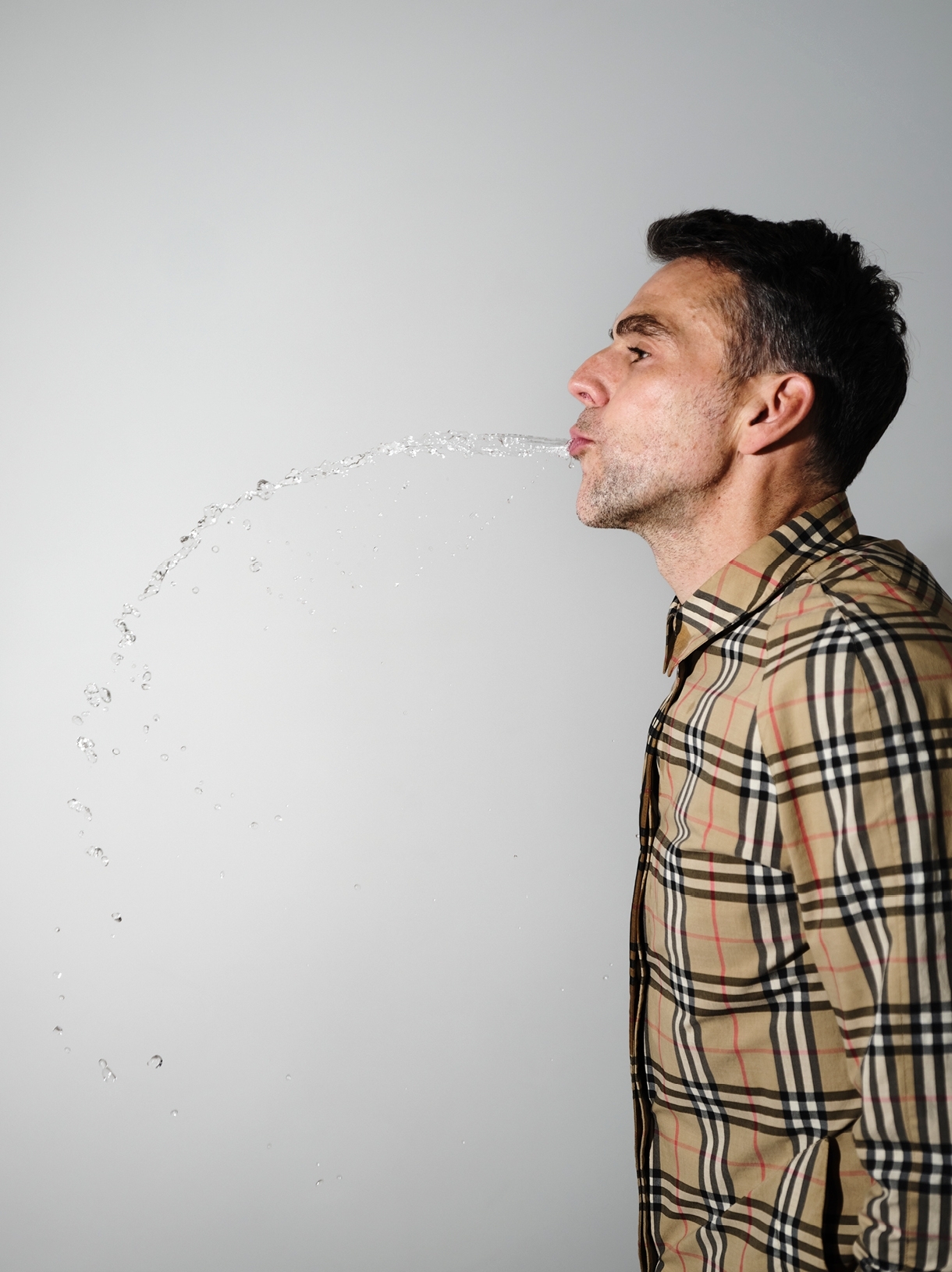 The good news is – soil quality and therapy sessions notwithstanding – their epitaph is yet to be inscribed. The Armada might have knocked the band on the head, but their club activities are still very much on the agenda for 2023. “We’ve been focussed on the band part of Groove Armada for the last 12 months,” says Cato. “But now we really want to make some house music and get some…. I was going to say 12-inches, but… erm that sounds a bit archaic doesn’t it?! We just want to get some tunes out there and set ourselves up for playing house in the right places next year.”

Read this next: How the original rave spirit is still driving youth culture today

Perhaps the most remarkable thing about Groove Armada is that in an industry where the relentless touring frequently splinters and fractures relationships to the point where band members scarcely talk to each other, Tom and Andy have somehow managed to remain best friends. “The opportunity to go through all the madness of the last 25 years with your best mate is incredibly rare and it’s such a privilege to have all those memories – even if they’re a bit blurred – as a collective,” reflects Cato. “You appreciate the absurdity of it all. It’s just been magic really and kind of astonishing with a quarter century of sleep deprivation that we haven’t fallen out.” Amen to that.

Groove Armada's 'GA25' compilation is out now, get it here