2018. It was a bright, hot, Indian summer morning in September on the canal running between Hackney Wick and Bow in East London and a small crowd of young, Matrix-spectacle donning people were gathered on the edge of the water.

From the other edge of the bank a long, thin houseboat split from its resting position and floated towards them, and a long-haired, bearded man ushered them aboard. Stepping down the narrow stairs, a tiny dancefloor greeted them with around 35 people dancing to the wiggy afterparty grooves of Francesco Del Garda and Evan Baggs, as the pair dug deep into their record bags in a rare and extended back-to-back.

“That party was one of the best actually,” says Antonio Miranda with a smile, the owner of the original party boat that inspired a fleet of others, known fondly by partygoers as The Boat – a once-legendary afters venue that is now permanently grounded as Boat Live near Hackney Wick Station. “I think they played for like eight hours actually, and Toby Nicholas (one half of Hamish & Toby) and Sohrab played as well.” 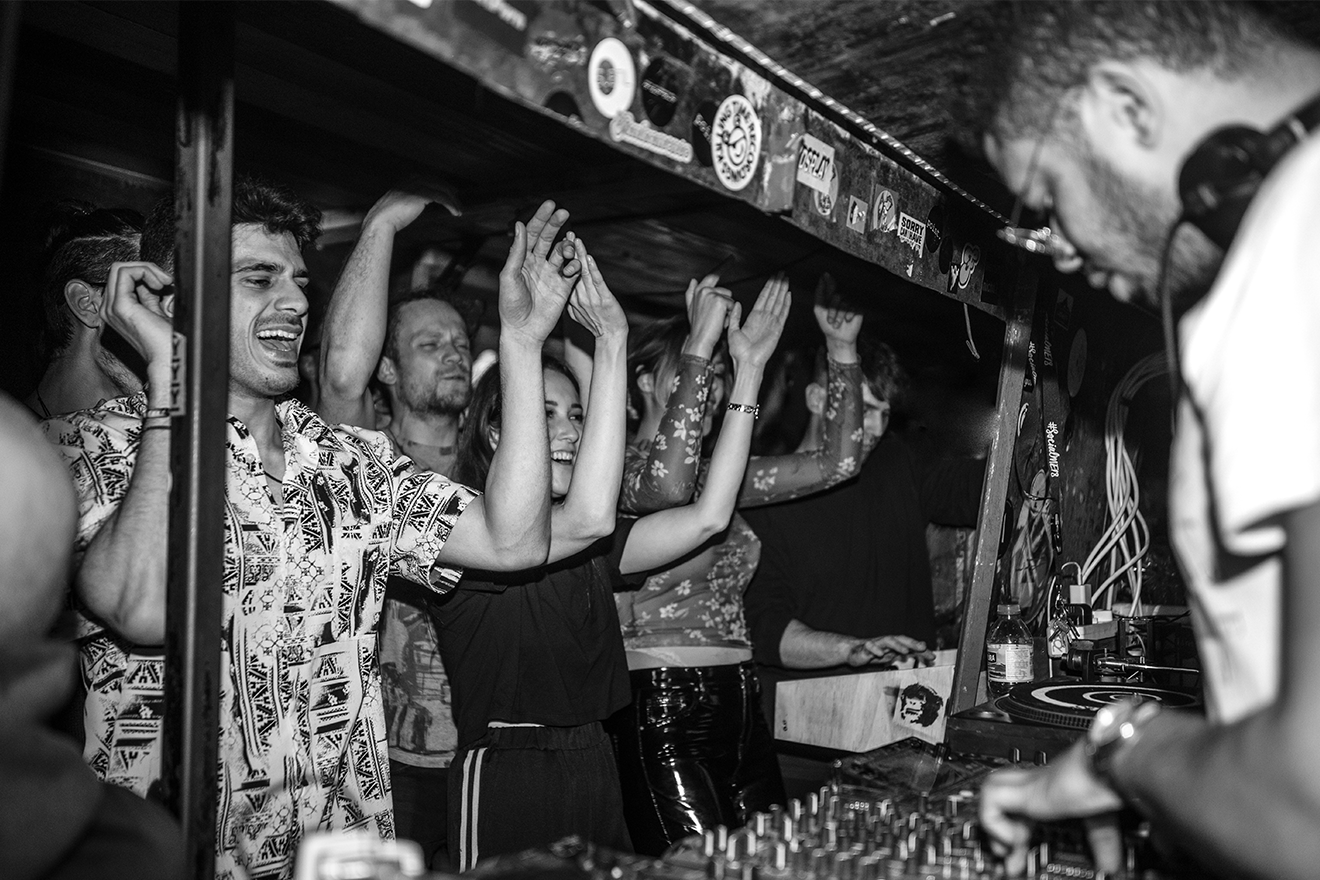 Between 2017 and 2019, The Boat was an ever-reliable spot for ravers who just weren’t quite ready to go to bed yet. Walking up that canal on Sunday or Monday morning and one would find that same, but different, crowd gathered by the water’s edge. “For the first year we were mainly doing parties on a Monday,” Antonio says. “Parties would start on Monday morning, and we’d usually stop on Wednesday. If we were really keen it would go on until Thursday morning – it was mental.”

It was also London’s original party boat – while nowadays on any given weekend there are a handful of converted houseboats hosting parties along London’s canals and rivers, The Boat was the first to run them regularly. “There might have been some [other] one-off [boat parties before], but nothing like this every weekend,” says Antonio.

“There was no other boat that was working weekly, nonstop on the canal,” affirms Mauro Ferno, a DJ and promoter who has been in and around the capital’s underground music scene for the best part of two decades, and was one of the founding partners of London venue The Lion & Lamb. “After that there were a few, but this is the original boat.” 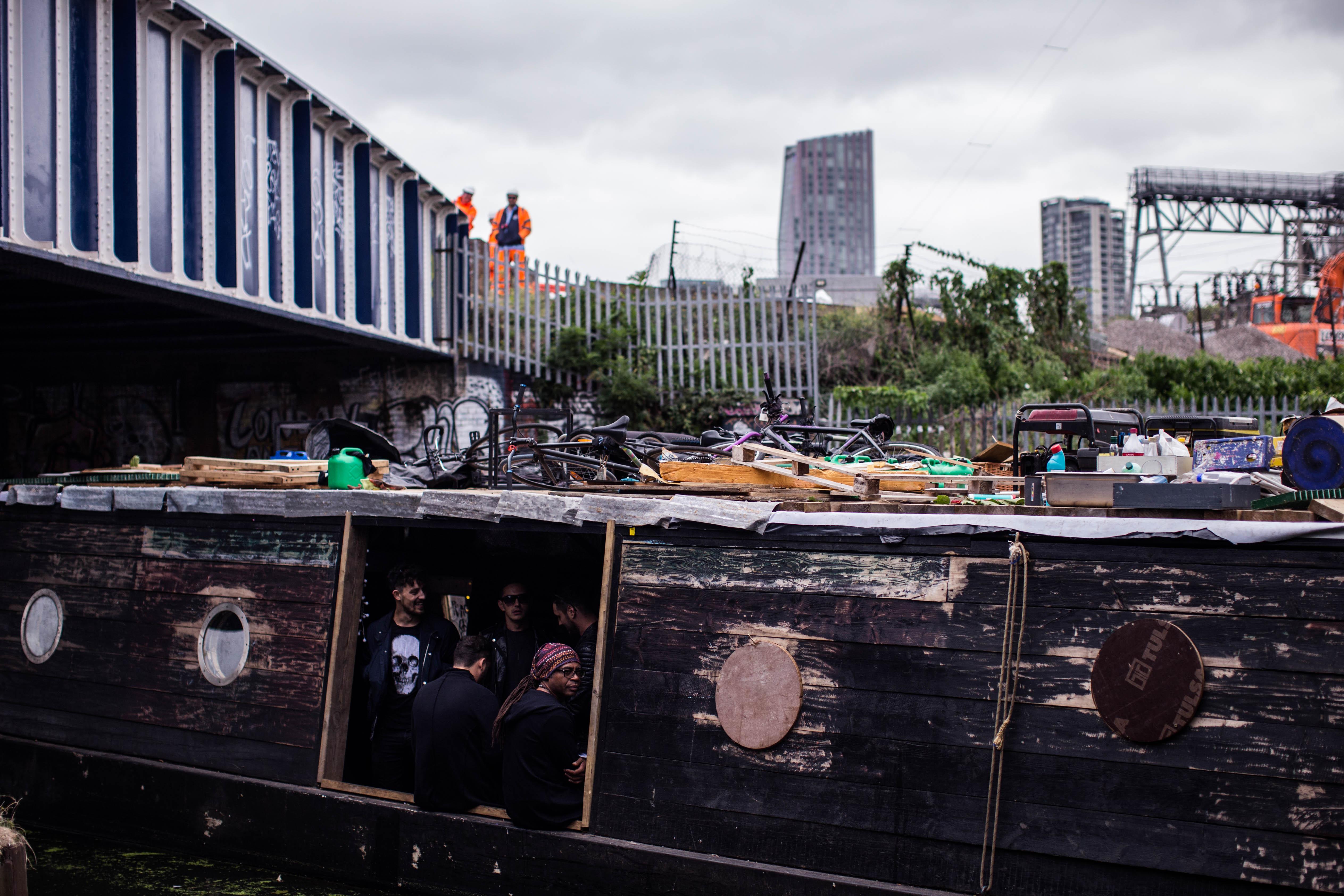 One of the first parties to do regular events on The Boat was Point., run by Dean Marc (who has left the UK and no longer takes part), Laimonas Griciunas and Sami Dilla – at the time some of London’s hardest working promoters, who would often run three separate parties in a single weekend.

“The Monday parties were on a private group,” says Laimonas. “And they were the best parties. You would have all these DJs in playing in London come and do back-to-backs – DJs who you wouldn’t expect to play back-to-back and they would play really long hours.

“The Boat was always this special place where you can play whatever you want,” he continues. “It’s not like a warehouse party or a club where you play and you want [it] to bang. The Boat was so intimate so you can play some records that you usually don’t play and it always works.”

Read this next: An oral history of Secretsundaze, London’s exuberant party institution

He would also become a Monday resident and is perhaps the DJ who knows its tiny booth the best. “There were so many fun times of playing on the boat,” he says. “The one crazy thing we did was me and Sami Dilla played for 23 hours back-to-back. We finished like Wednesday morning.

“I remember there were a few girls dancing and stuff and they were like: ‘Fuck, we’re missing our jobs – what do we do?’” he laughs. “And they worked in a hospital.”

Soon, as promoters and DJs found themselves on board after a long weekend of partying and enamoured with the setting, parties would not only run on Mondays, but all weekend, every weekend. 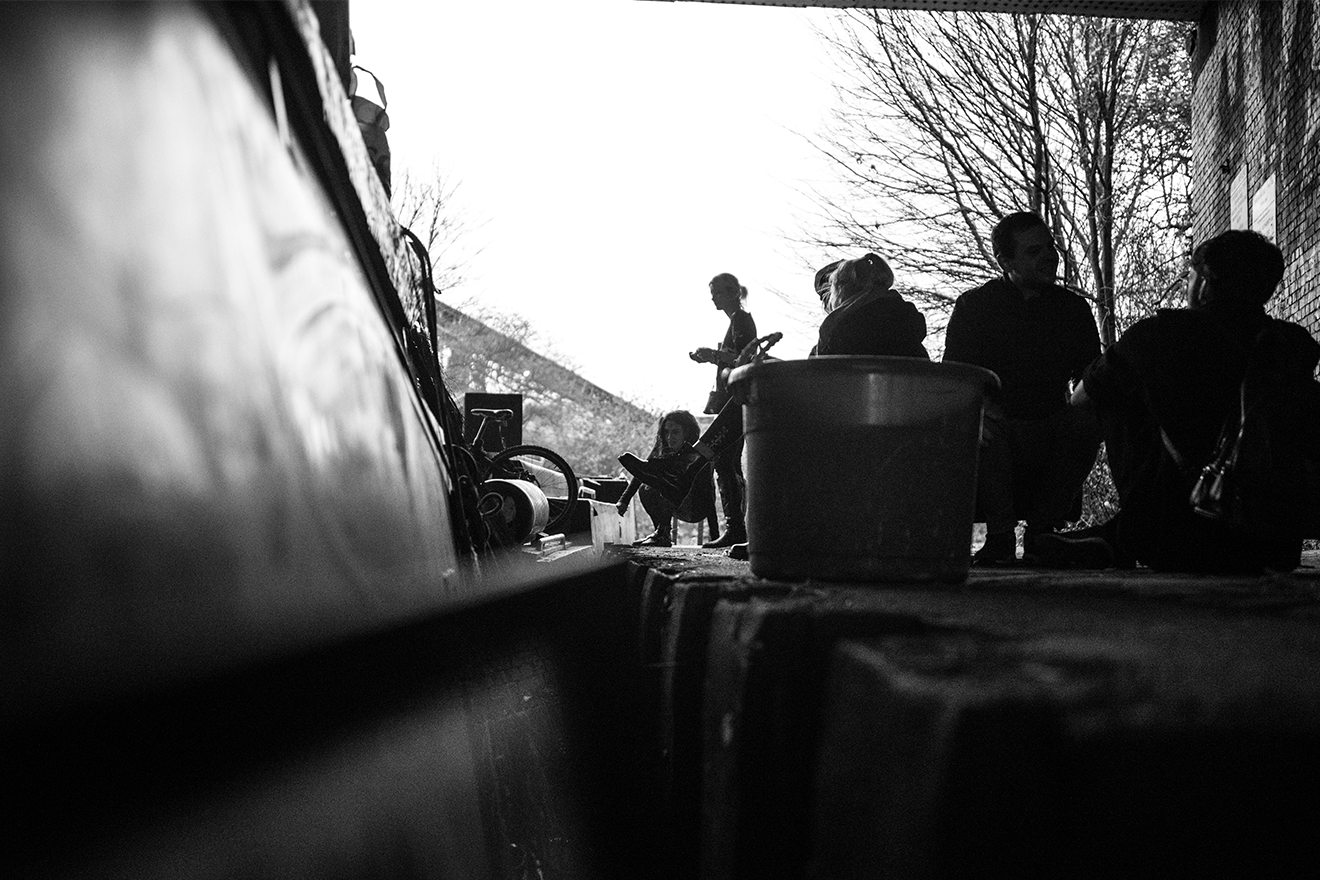 Many a deep-digging DJ of the house, techno and minimal continuum graced its charming decks, set across the length of the vessel, which gave them a chance to play records that they wouldn’t normally get to spin in a packed out, larger capacity club. Minimal garage DJ and producer Alec Falconer even produced a record to play specially onboard – simply named ‘The Boat EP’.

“I love writing tracks for a place,” Alec says. “I left London in 2017 – during the six years I’d lived there before that, most of the good clubs that we used to go to, a lot of them had shut down. The Boat was pretty exciting, it was off the beaten track and was presenting you something new.

Read this next: Britain's first out Muslim drag queen: Asifa Lahore is a proud clubland pioneer

“I remember coming back from Paris and playing on that boat and being like: ‘What the fuck? This is fucking amazing,’” he continues. “It was a bit lawless – it was something so different to what I’d seen when I was leaving, which was generally a trend of clubs shutting.”

Despite the thousands of off-peak partying hours, The Boat almost didn’t come to be. Antonio had originally bought the wooden canal barge with the intention of turning it into a small hostel, having travelled around Southeast Asia for a number of years. He had worked for over 5,000 hours to renovate its interior and was close to finishing it when one morning at around 7:AM in the summer of 2017, he received a rude awakening as another boat thudded into his.

Groggy and confused, he popped his head out and found Milton Carvalho and Bruno Conti manning the other barge – the two soundsystem engineers and designers who had built CORE Sound System. They had been providing the sound at a nearby party under a railway bridge and were moving the system to the nearby forest for another one. 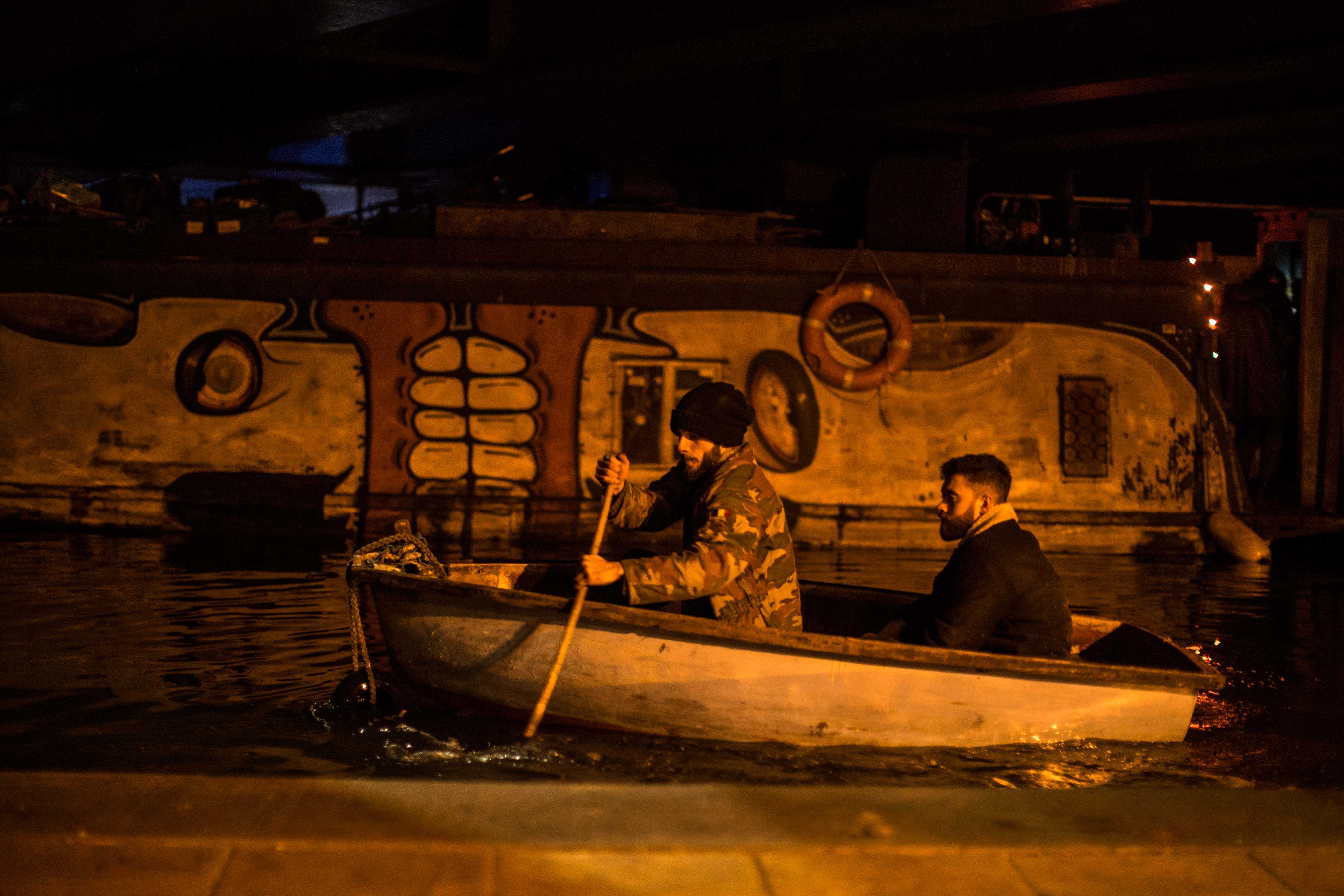 “I looked at them and I was like: ‘Well these guys need help,’” Antonio says. “I had this electric bike with a trolley, and we put the speakers on it and moved them to the forest. Two weeks after that we did our first party together.”

As someone who had grown up around electronic music and venues (he had helped to open a club in Portugal with his family), after the first party Antonio knew that he had something potentially special. Milton and Bruno would end up creating a bespoke soundsystem for The Boat, which remains in place to this day aboard Boat Live, as well as building a brand-new CORE system for The Boat Shed.

Read this next: “Sobriety taught me that life is worth living”: life lessons with DJ Fat Tony

The Boat’s story has been one of constant evolution. Despite all the special parties and afterparties, it was not always plain sailing for Antonio and his floating venue. On their New Year’s Day celebrations in 2019, which spanned five days, five parties, 40 DJs and 600 people coming and going, when some local gang members spotted what was going on.

“They wanted to sell drugs openly and I didn’t agree with that,” Antonio says. “It soon became confrontational, and the only way we could deal with that was to do bigger parties and beef up the security.” 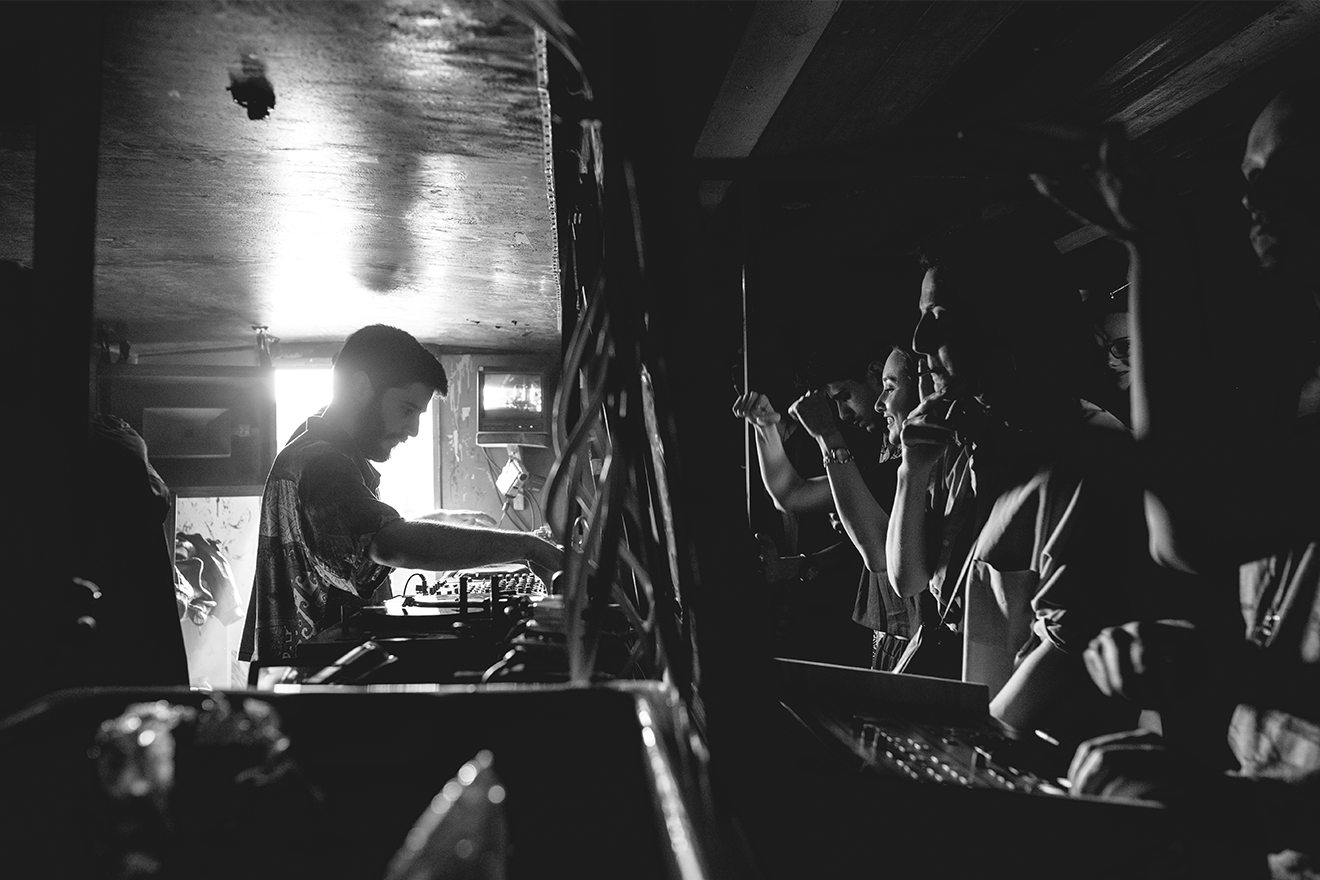 While many a special morning was spent on board, its tiny capacity meant that they could only really afford to operate with a single security guard, and if the vibe got shaky there was little anyone could do. Alec says: “It shows why clubs have decent security – you’ve got one bouncer, if a big group of people who mean to do harm turn up then it’s all pretty fucked.”

After a brief cat-and-mouse situation, migrating the boat further up the canal in search of respite, Antonio ended up deciding to move the party offboard. He would start hosting raves in a pair of tunnels under a nearby bridge, using The Boat as a method of transport to ferry ravers from the footpath to the inaccessible venue. “To get over that we decided: ‘Okay, let’s do bigger parties and then we can get seven or eight security [guards]’, and that was pretty much what we were doing up until lockdown.” 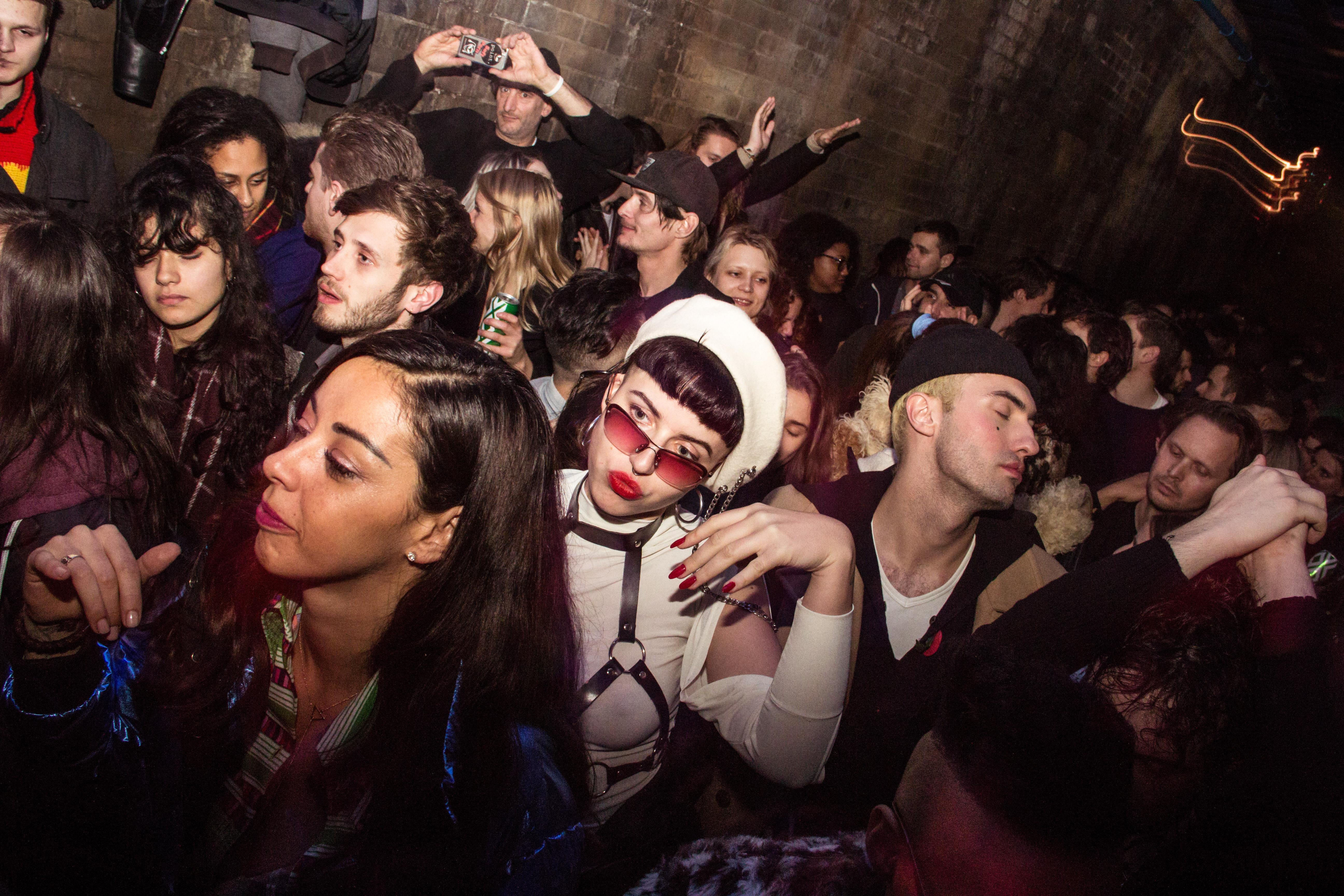 The Boat had also started a trend. Other canal boats with hollowed out interior dancefloors and fitted with soundsystems began appearing along London’s canal and waterways around 2018. Soon The Boat became just another boat. “For the first couple of years we were the only ones doing it,” says Antonio. “Then I went to Australia for a couple of months on holiday. By the time I came back there was already another boat.”

But these boat parties in general would reach levels of infamy during the coronavirus pandemic, with canal barges being the sites for several illegal parties while the country was under lockdown and facing social distancing restrictions.

Ever sailing against the tide, Antonio decided not to throw any parties on The Boat once lockdown hit. “It didn’t make sense really. Clubs were closed, there were huge penalties going around – £10,000 fines and you could actually lose [your boat],” Antonio says. “But mostly I thought it was the right thing to do.” 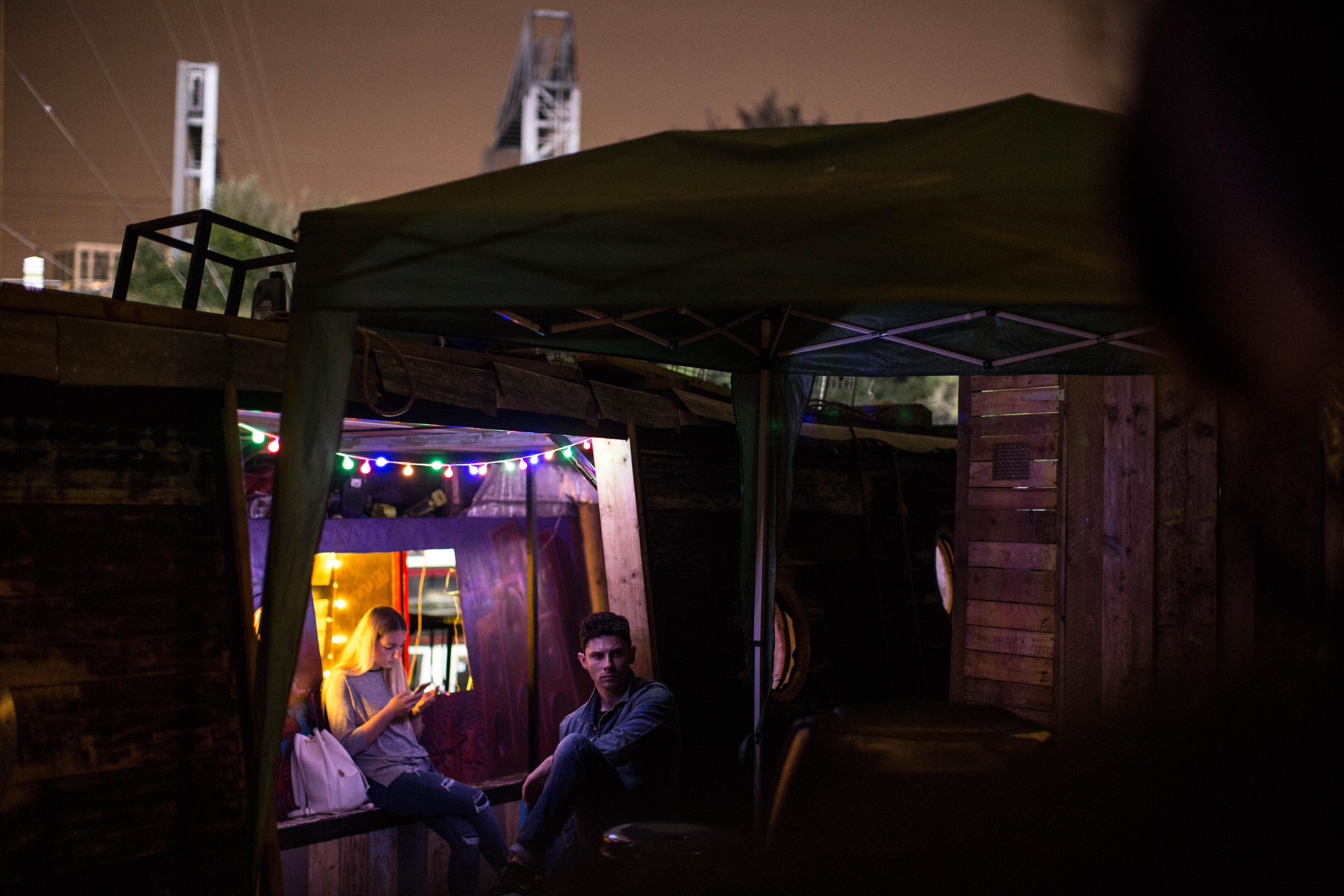 It was during this time that he decided to dock The Boat and turn it into a permanent venue. Opening in January 2022, Boat Live has since hosted an array of parties and crews with DJs including Voigtmann, Bobby., Unai Trotti and Raphael Carrau stepping aboard to play. It also took part as a stage in the recent Transmissions from Hackney Festival, hosting local parties Whomp and Heels & Souls, as well as Ba Dum Tish – Dr Banana and Alec Falconer’s record distribution setup.

With its large terrace and outdoor soundsystem, Boat Live has become a welcome and refreshing new venue in East London, in a venues landscape that has struggled in the face of slow COVID-19 recovery and soaring energy bills in a cost of living crisis.

Boat Shed, situated right next to Boat Live, promises to be bigger. A 350-capacity venue for club nights and live gigs, it will also double up as a community arts exhibition space during the week. It is currently set to host work from students of UCL’s Bartlett School of Architecture, as well as its own exhibition showcasing pictures from The Boat throughout the years. 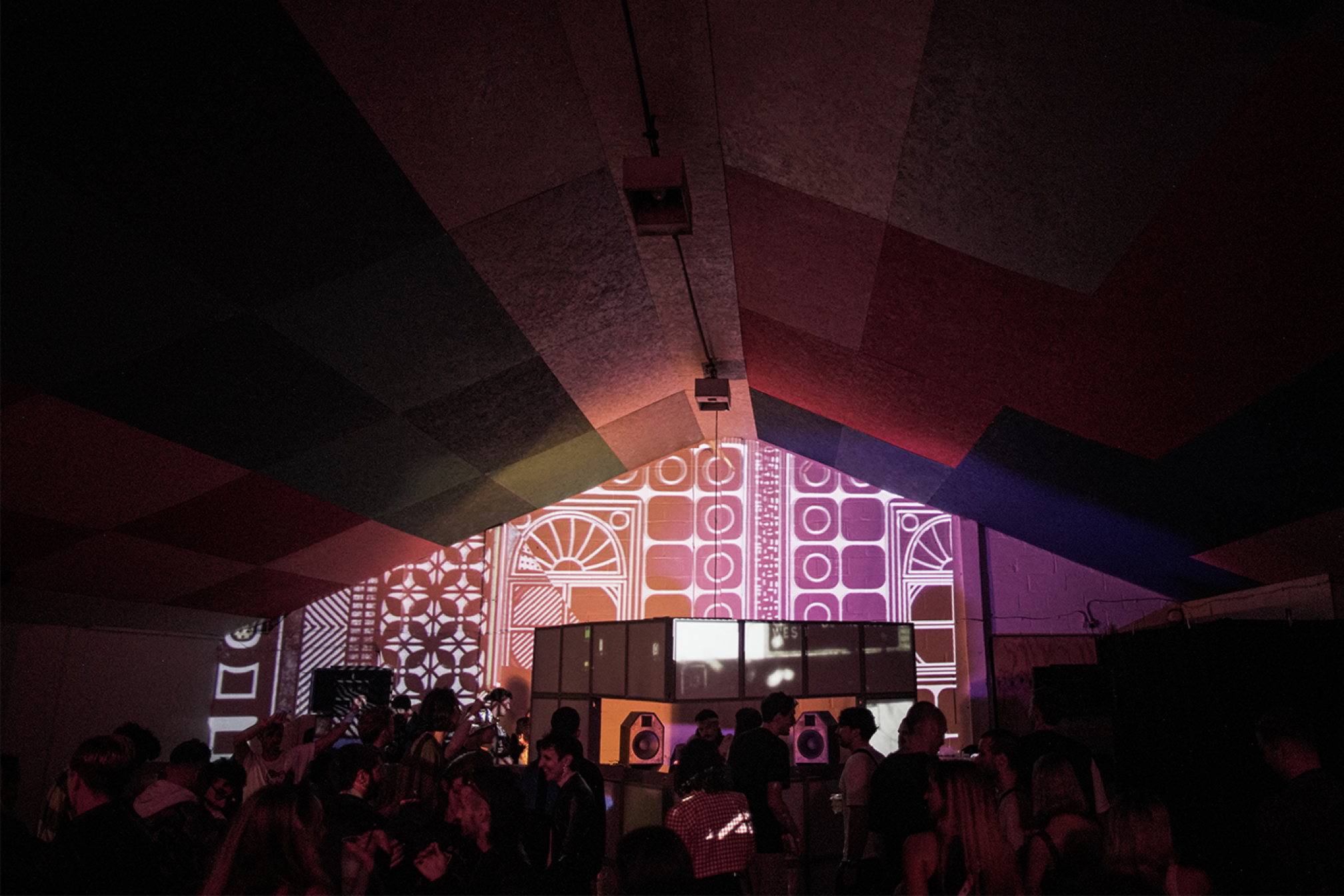 “What we are doing now with the space is a mix of community cultural [projects], while still pushing what we’ve been doing in the last few years,” Antonio says. “And it works both ways – the students are going to collaborate with us. They are going to help us with visuals and lighting because it’s something they’ve been studying.”

Although The Boat no longer spends its Sunday mornings hosting afterparties down East London’s canals, its new grounding – as well as a licence which can go until 4:AM – has given Antonio and co. a firm footing to expand the possibilities of the nautical venue. On December 10, a big two-room party by Laimonas’s Point. and OPIA across Boat Shed and Boat Live will be a showpiece event for the venue.

The line-up will bring Berlin mainstays Slow Life to Hackney Wick, as well as Ika & Usherenko and London up-and-comer Tommy Pickles. Get ready to ride the wave once again.