The first tunes that could be classified as trance can be traced back to Germany in the late 80s before spreading to the UK (Manchester trance parties became the stuff that legends were made of). By the early 90s, when trance tracks lasted half an hour with eight-minute builds, a dance revolution gripped much of Europe and trance was at the forefront of the newfound dance music consciousness. It evolved to spawn several subgenres — like psychedelic trance, progressive trance and acid trance, amongst many more — and mushroomed in popularity to places as far as Goa and the US. Some would say that Asia was a latecomer in the trance world takeover since at first glance it would appear that the region birthed very few artists, it never made any headlines around the world, and today there are very few pockets of that culture still alive. But that wouldn’t be accurate, now would it?

Anyone who was into electronic music in Asia around the turn of the century will tell you that trance has a long history in the region. Cities like Kuala Lumpur were selling out shows with Sasha, John Digweed, Sander Kleinenberg and more (much, much more) as early as 2000, although the local scene was already well bubbling in the 90s. Even today Malaysia is rife with talent and has several production outfits dedicated to trance events. In Taipei, Paul Van Dyk and John Digweed were also playing events in the early 2000s, which nurtured a sophisticated scene and led to large events like 2F, which saw 12,000 trance fans come together at its peak. When Sensation landed in Taiwan in 2012, a record number of 16,000 trance fans united. Then you have Full Moon Parties in Thailand which were a hotbed for trance DJs, probably some kind of trickling effect from Goa, and laid the foundation for scene the ferment for decades all over the Kingdom. It also created a demand for modern trance events like Transmission, which saw more than 10,000 people flock to Bangkok for a strictly trance party in 2018. Now tell me again that house and techno are more popular in Asia? Pretty sure Resistance couldn’t fill its side stage at Ultra Singapore. Or Bali.

You mention the word trance in Asia and people, especially old-timers who still have music in their heart, emerge from the woodwork en masse. Gigas Lux is a newly minted Manila-based label that is dedicated to keeping the genre at the forefront in Asia, and giving trance artists across the region a platform.

"Trance music in the region, specifically, well you don't really hear much in terms of in terms of a global 'export product' unlike, say, Europe or the US,” says Gigas Lux founder Parnassvs. “If trance music, or even dance music in general, is to be represented globally, there needs to be a friendly challenge to dance music’s Euro-Western focused talent.

“There’s so much talent in Southeast Asia whether it’s in the underground or in the mainstream, you really cannot ignore it. Creating Gigas Lux was more of a unifying factor to bolster our growing scene here in the region. Having a label that would foster creative growth in trance music and underground music was something I thought was needed here.”

Gigas Lux believes Asia’s trance scene deserves more credit and exposure, and we’re inclined to agree. So together with the label, we’re flipping the tables and have put together a list of 10 trance tracks from Asia that the world needs to hear about, intended to help bolster the DJs and producers responsible for keeping trance alive and well in Asia.

This duo holds it down for trance music in Malaysia and makes the country proud on the airwaves thanks to nearly 12,000 YouTube plays. Their iconic sound of big room dance and trance can be heard throughout this track 'Force Forward' from the intro through to the drop. It's also one of the early that we like to call a happy medium — in that, it falls between trance and big room — and helped catapult trance further into main stage festivals and clubs across Asia.

The newest edition to the AVA family, RINALY has successfully represented Asia and Japan on tours around the world with her massive trance releases. 'Astrology' is beautifully created with a gorgeous breakdown medley of guitars and synths that carries the melody in full swing towards the drop. Trance itself relies on the em

When you combine two of Malaysia’s tech trance and hard dance giants, you get 'Neraka'. The track is massive and showcases both artists’ skill and musical reach, even rivalling many producers from Western countries. The introduction thrashes the listener as if in a high-speed car chase with hard-driving bass notes and suddenly ascending into an anthemic and melodic release towards the breakdown.

Japan Ayumi Hamasaki (浜崎あゆみ) & Above and Beyond ‘M’

Japan’s notable mega pop star has released multiple volumes of trance remixes for her songs. 'M' was notably released in 2002 during the heyday of trance in Japan with a remix by Above and Beyond. Not only did these remixes create a new fanbase for Ayumi Hamasaki’s music but they also drove the demand for trance music in Asia. Notably, Above and Beyond’s music style in 'M' was at a crossroads at this time. Favouring progressive chord melodies over anthemic wide saws and buildups, Ayumi Hamasaki’s 'M' is a beautiful snapshot of this transition.

Filipino producers in the trance scene are not that common (yet), let alone one that is constantly supported by heavy-hitting artists. Filipino-Pakistani Trance DJ and producer Dustin Husain has made a name for himself in the community while earning the nod from Ferry Corsten and Flashover Records on countless releases. 'Echoed Voice', one of Dustin’s earlier tracks, showcases his raw talent as a trance producer, by grabbing the listener with an anthemic melody that gives a nod to classic trance at the breakdown. 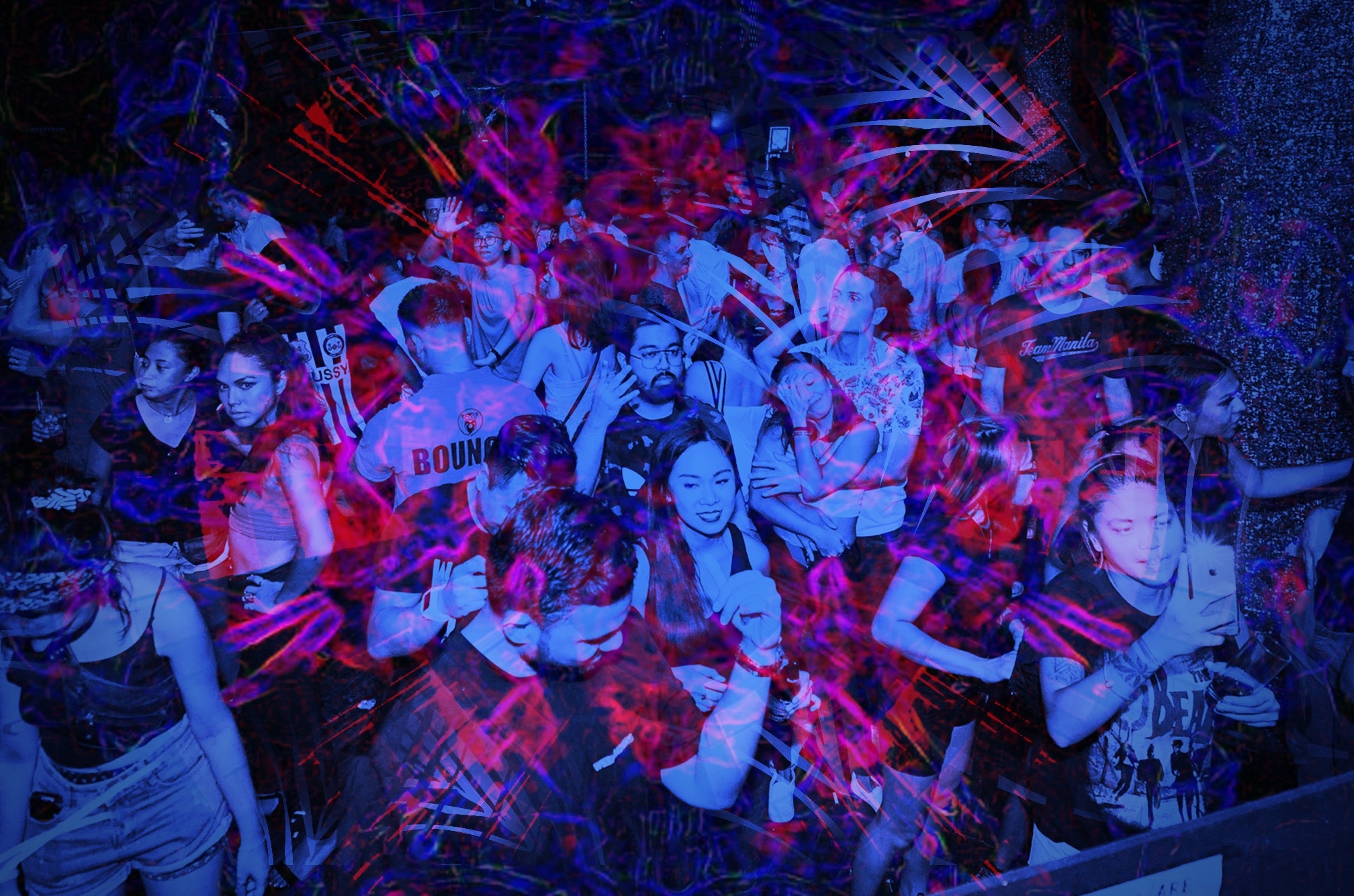 Having played in Manila countless times, Apsara’s sound has changed over the years and definitely has touched both darker and more deeper elements of the progressive genre. 'Terminal' certainly captures these creative tenets at an earlier point in her career.

We’ve been following Shingo Nakamura since Gigas Luxe started and noticed the evolution of his sound, especially at Silk Music. 'Another Tone' is definitely his best composed progressive productions alongside legends, Jody Wisteroff and James Grant. Shingo’s sound can be best described as melodic and deep while still retaining tenets of trance and progressive.

Our second Filipino trance producer on the list, Exis, has had a long music catalogue that has continuously been supported by the likes of Armin Van Buuren, Andrew Rayel, and more. 'Name That Count' unites elements of hard tech trance and psytrance with a dash of big room to create a massive and anthemic track.

Boris Foong, Ramsey Westwood team up with Indonesia’s LTN for an epic three-way collaboration called 'Euforia'. A mega sound and mega collaboration with a talented all-Southeast Asian team, 'Euforia' pulls out all the stops that would make a notable trance track: melody, progression of energy, and a massive breakdown. This beautiful collaboration amongst Asian trance DJs we hope to see more of in the future.

And finally coming back around, I’ve put my own track 'Leviathan' as part of this list to add to the on-going momentum and overall story of trance tracks coming from Asia. Leviathan was my first hit that gained support at A State of Trance, and was played by heavy hitters like Ferry Corsten and Paul Van Dyk. More noteworthy, this was the first trance track from the Philippines to get that kind of recognition. Leviathan is packed with energy combining elements of both hard progressive, big room and tech-trance.